Brussels: NATO must think harder about how to handle China and its military rise, though Russia will remain its main adversary during this decade, according to a report to be published on Tuesday on reforming the Atlantic alliance.

The report NATO 2030, prepared by a group of so-called 'wise persons' and containing 138 proposals, comes amid growing doubts about the purpose and relevance of an alliance branded last year by French President Emmanuel Macron as "brain dead". 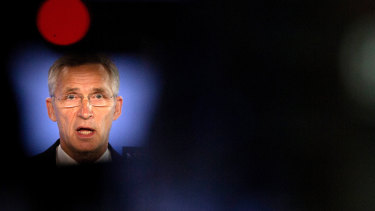 "China is no longer the benign trading partner that the West had hoped for. It is the rising power of our century and NATO must adapt," said one NATO diplomat who has seen the report, pointing to Chinese activity in the Arctic and Africa and to its heavy investments in European infrastructure.

Part of NATO's response should be maintaining a technological advantage over China, protecting computer networks and infrastructure, the diplomat said, citing the report, although not all recommendations will be adopted.

The 30-member alliance could also forge closer ties with non-NATO countries such as Australia and focus more on deterrence in space, where China is developing assets, the report suggests.

In comments on Monday ahead of the report's publication, NATO Secretary-General Jens Stoltenberg said China's rise posed "important challenges to our security". 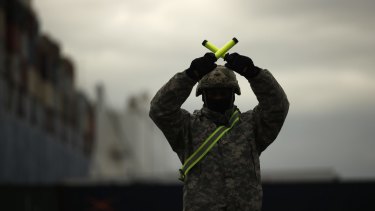 A US soldier directs armoured vehicles and tanks of the 1st Armored Brigade Combat Team and 1st Calvary Division, based out of Fort Hood, Texas, as they are unloaded at the port of Antwerp, Belgium.Credit:AP

"China is investing massively in new weapons. It is coming closer to us, from the Arctic to Africa. China does not share our values … and tries to intimidate other countries," he told a news conference, urging allies to come together on the issue.

NATO should consider including China in NATO's official master strategy document, its "Strategic Concept", diplomats cited the report as saying, though it will stop short of declaring the country an adversary.

In other recommendations, the report will suggest that NATO foreign ministers meet more regularly and will call for a strengthening of the secretary-general's role as an international mediator.

The report will be discussed by NATO foreign ministers on Tuesday before being presented to the alliance's heads of state and government next year. 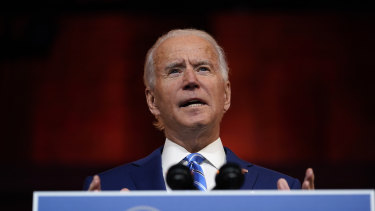 Nato plans a summit in Brussels "early next year" after US President-elect Joe Biden takes office, according to the alliance's chief.

NATO Secretary General Secretary Jens Stoltenberg said no specific date had been set yet for the in-person meeting of government heads of the 30-nation alliance. Biden is due to succeed President Donald Trump on Jan. 20.

"I have invited President-elect Joe Biden to a NATO summit in Brussels early next year," Stoltenberg said on Monday in the Belgian capital during a press conference where he previewed a December 1-2 video conference of the alliance's foreign ministers. "I'm looking forward to working with him."

Even as US President Donald Trump's 'America First' era comes to an end and Europeans welcome the election of an Atlanticist president-elect in Biden, tensions over NATO's ability to act remain.

From anger over Turkey's decision to buy a Russian weapons system to US doubts over Europe's commitment to its own defence, NATO – founded in 1949 to contain a military threat from the Soviet Union – has also faced calls from Trump to do more in the Middle East.

However, Eastern European allies, fearful of Russia since Moscow's 2014 annexation of Crimea from Ukraine, are concerned about shifting too many resources away from NATO's core task of defending Europe.