THE National Lottery website has crashed just one hour before the £169m jackpot.

An apology has been released, letting people know that the sight is up and running but a "bit busy" but thanked punters for their patience. 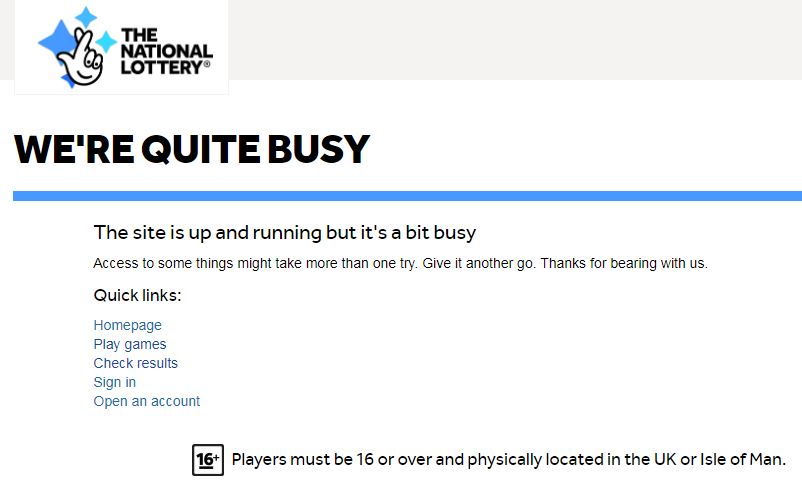 The whopping £169m prize must be won tonight and players will only need five balls and one lucky star – upping winning chances compared to last week.

And the EuroMillions jackpot will be up for grabs once again today – and with it the last chance for anyone hoping to win the lot.

If no one manages to get all tonight's numbers, the money will roll down into lower tier prizes – meaning there could be several multi-million pound prizes on offer instead of one big win.

Andy Carter, the senior winners' adviser at The National Lottery, said that today's draw "must be won".

He said: "This means, if the jackpot isn't won on Tuesday, it will roll down into the next prize tier where there is at least one winner.

"If the jackpot is won, it could make the UK's biggest ever winner.