TWO mysterious objects appeared above the Houses of Parliament during a live BBC broadcast – sparking speculation they were UFOs.

Bizarre footage shows the glowing lights moving across the sky and circling a crane working on the historic building before zooming off. 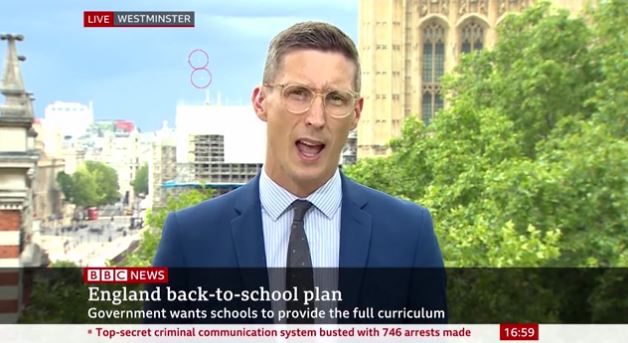 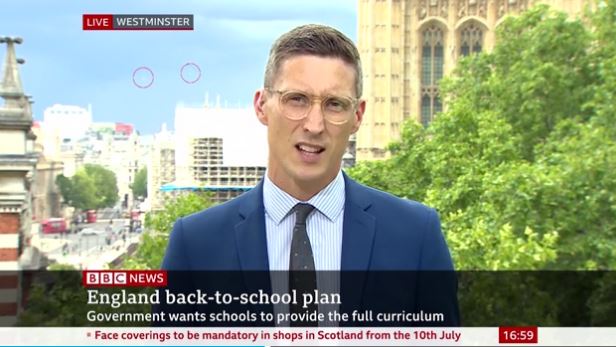 They appeared during a live broadcast by political correspondent Jonathan Blake on the BBC News Channel last Thursday – which was World UFO Day.
But he was oblivious to the strange sighting behind him.

Former detective Gary Heseltine – editor of UFO Truth Magazine – managed to film the orbs on his iPhone as he watched TV at his home in Scholes, West York.

"At first I thought birds but they were much too big in relation to the crane," he said.

"Watch them after about 15 seconds in from the reporter’s head. They look odd to me and whilst I am no photographic expert, I have seen enough videos sent to me as the editor of UFO Truth Magazine to know when I’m looking at something strange.

"Rarely do you get ‘live’ recordings from news channels.

"As the person who saw and recorded the clip, I find the sequence bizarre.

"Some people have suggested it was a deliberate ‘joke’ by the BBC because it was World UFO Day but I don’t buy that idea at all on a serious news platform.

"As far as I am concerned the sequence shows two anomalous objects that I can’t explain."

Some viewers suggested the lights could have been seagulls but Gary said they moved too fast and were too big to be birds. 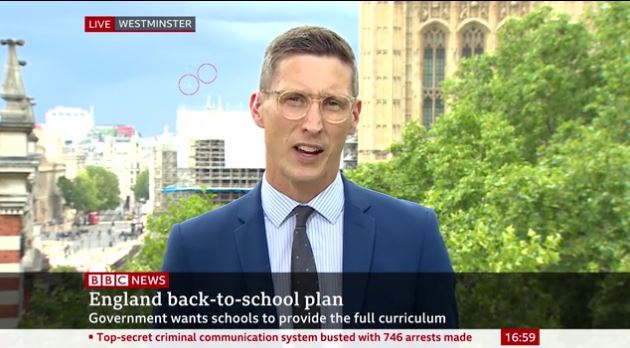