NGAPALI BEACH, Myanmar (Reuters) – Myanmar leader Aung San Suu Kyi called for investment in the crisis-hit western state of Rakhine on Friday, saying the world had “focused narrowly on negative aspects” in the state from which some 730,000 Rohingya Muslims have fled since 2017. 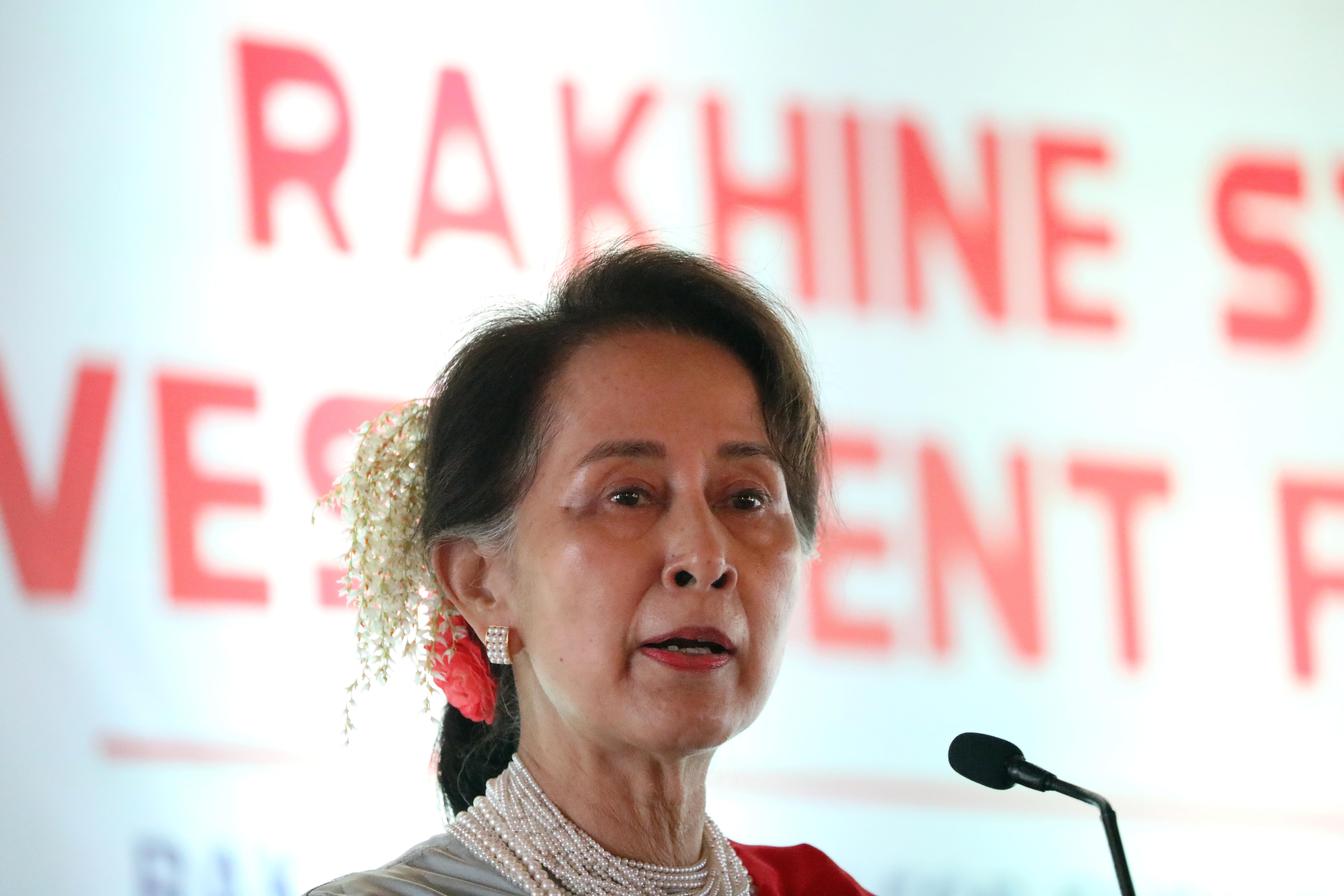 On a rare visit to Rakhine, Suu Kyi emphasized responsible business practices as she addressed an investment fair sponsored by Japan in the coastal state’s tourist hotspot of Ngapali beach.

But she made only a brief reference to the conflicts that have roiled areas several hundred kilometers to the north and did not mention the Rohingya. As well as those stuck in Bangladesh, hundreds of thousands of Rohingya and other Muslims remain trapped in camps and villages in Rakhine, where their movements and access to services are restricted.

“For too long the international community’s attention has been focused narrowly on negative aspects related to problems in north Rakhine rather than on the larger picture that shows the immense potential of this state for peace and development,” Suu Kyi said.

Her government recognized the “grave challenges” it faced in Rakhine and was doing its utmost to address them, she said.

The Nobel laureate has pledged to make Myanmar more investment-friendly as her government attempts to reverse a drop in foreign investment and tourism from the West since the Rohingya exodus sparked global outrage.

A U.N. fact-finding mission last year said the 2017 military campaign that pushed out the Rohingya was orchestrated with “genocidal intent”. Myanmar denies allegations of mass killings and rape, and says its offensive was a legitimate response to an insurgent threat and that it is welcoming the refugees back.

The investment fair was attended by Myanmar officials, U.N. staff and investors and diplomats mostly from Japan, South Korea and elsewhere in Asia.

Domestic and foreign investment could play a crucial role in the state, Suu Kyi said, but warned against irresponsible investments like “unchecked expansion of commercial fishery projects” that could damage Rakhine’s coastal mangrove forests.

Some experts warn a focus on economic solutions to Rakhine’s problems could cement the marginalization of the mostly stateless Rohingya.

A Reuters special report in December revealed that officials had built new homes for Buddhists where the Rohingya once lived, making the return of many refugees to their original homes impossible. (Link: here)

Myanmar says it has been ready to accept returning refugees since January and denies discriminating against Muslims who remain in Rakhine.