A WOMAN whose neighbours hate her bright pink Christmas-themed front door says she doesn't care what they think because her decorations are tasteful.

Hannah Cox, 30, unveiled her eye-catching Christmas Nutcracker creation at her home in Minehead, Somerset, for the festive period. 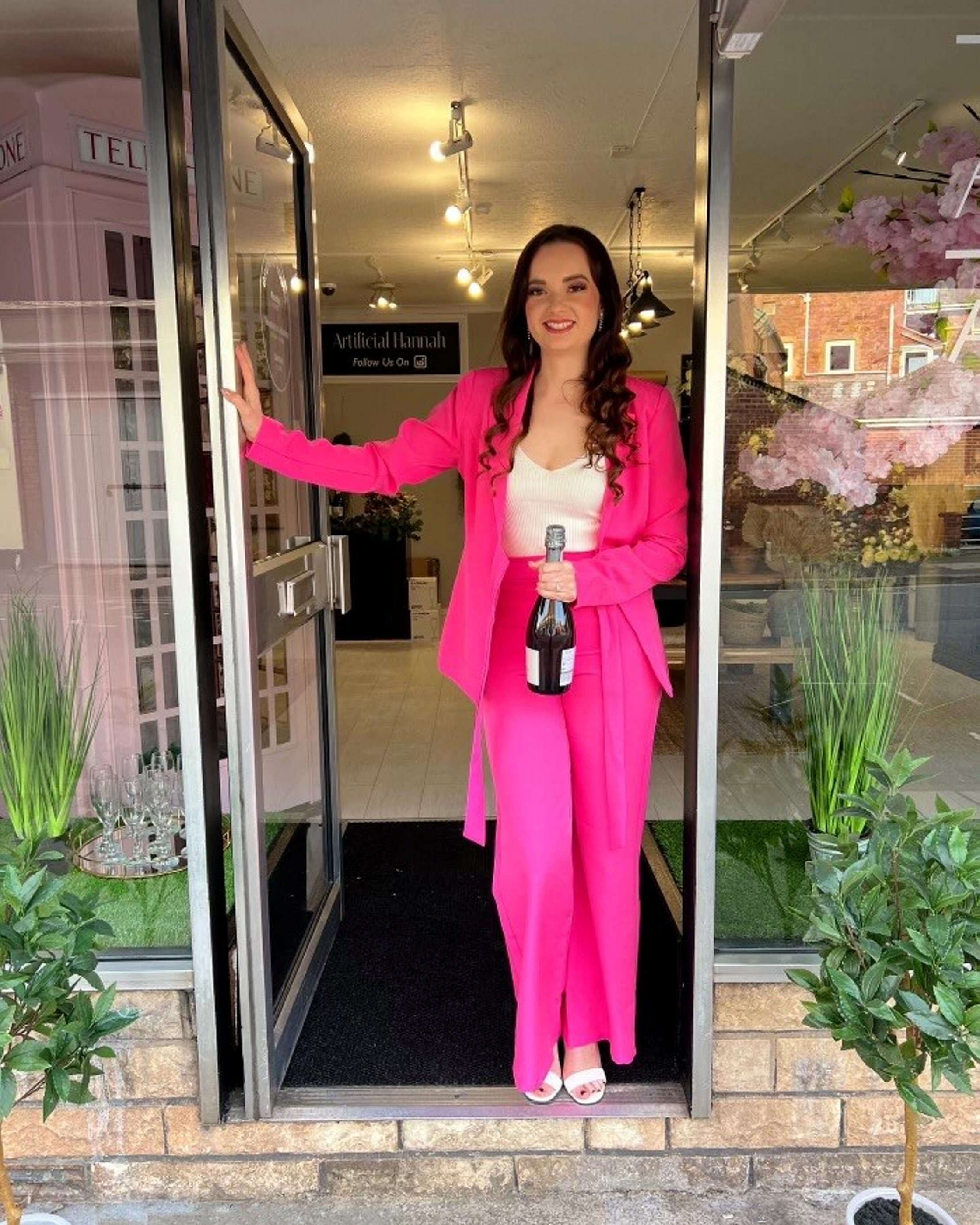 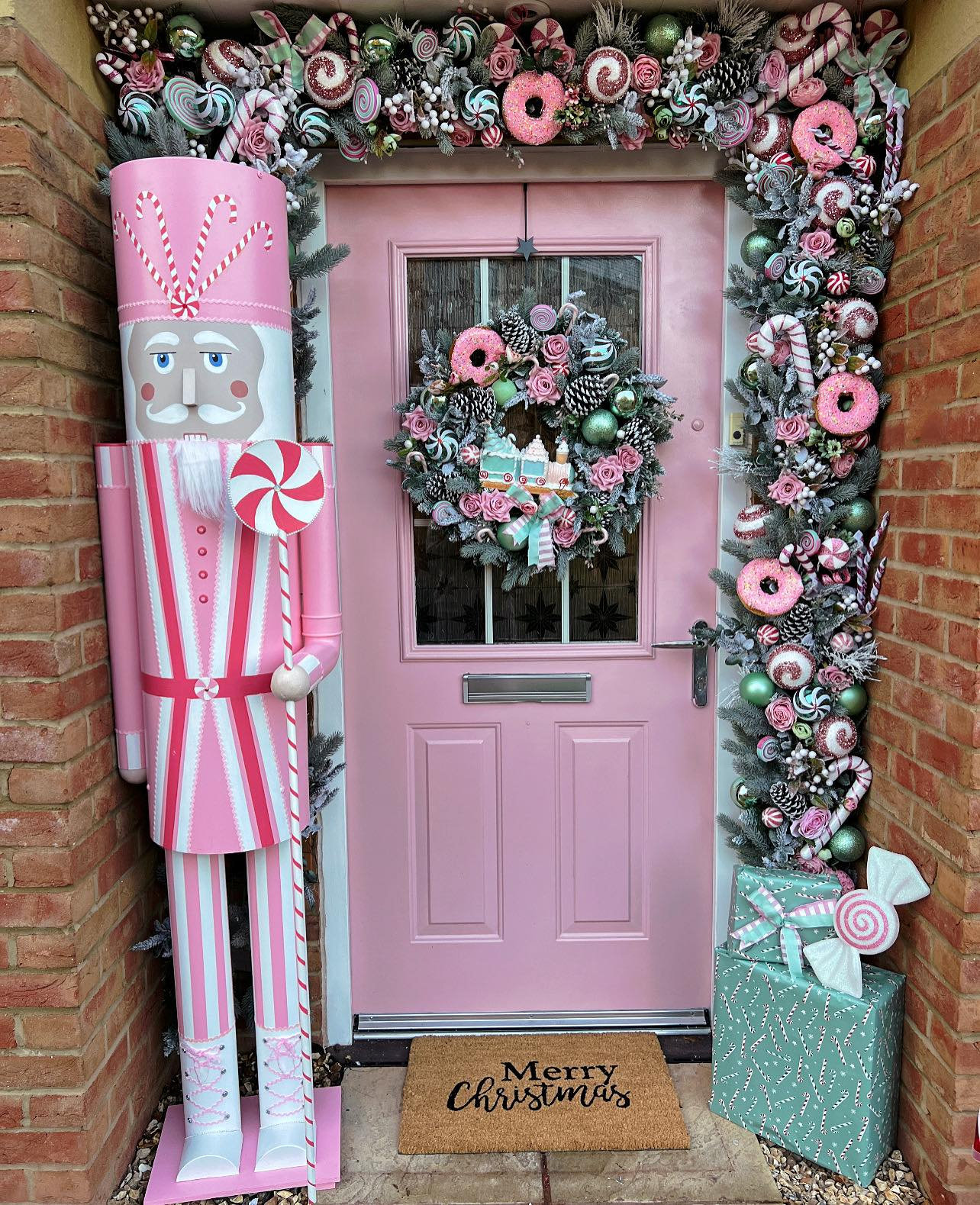 But some residents hated her pink door and "over the top" Christmas decorations.

And they even claimed Hannah's festive decor had turned their street into a laughing stock.

Despite the backlash, the artistic homeowner says has just laughed off the criticism and she claims people are over-reacting.

Hannah said: “All I’m doing is trying to brighten the estate up and at the same time advertising my business. 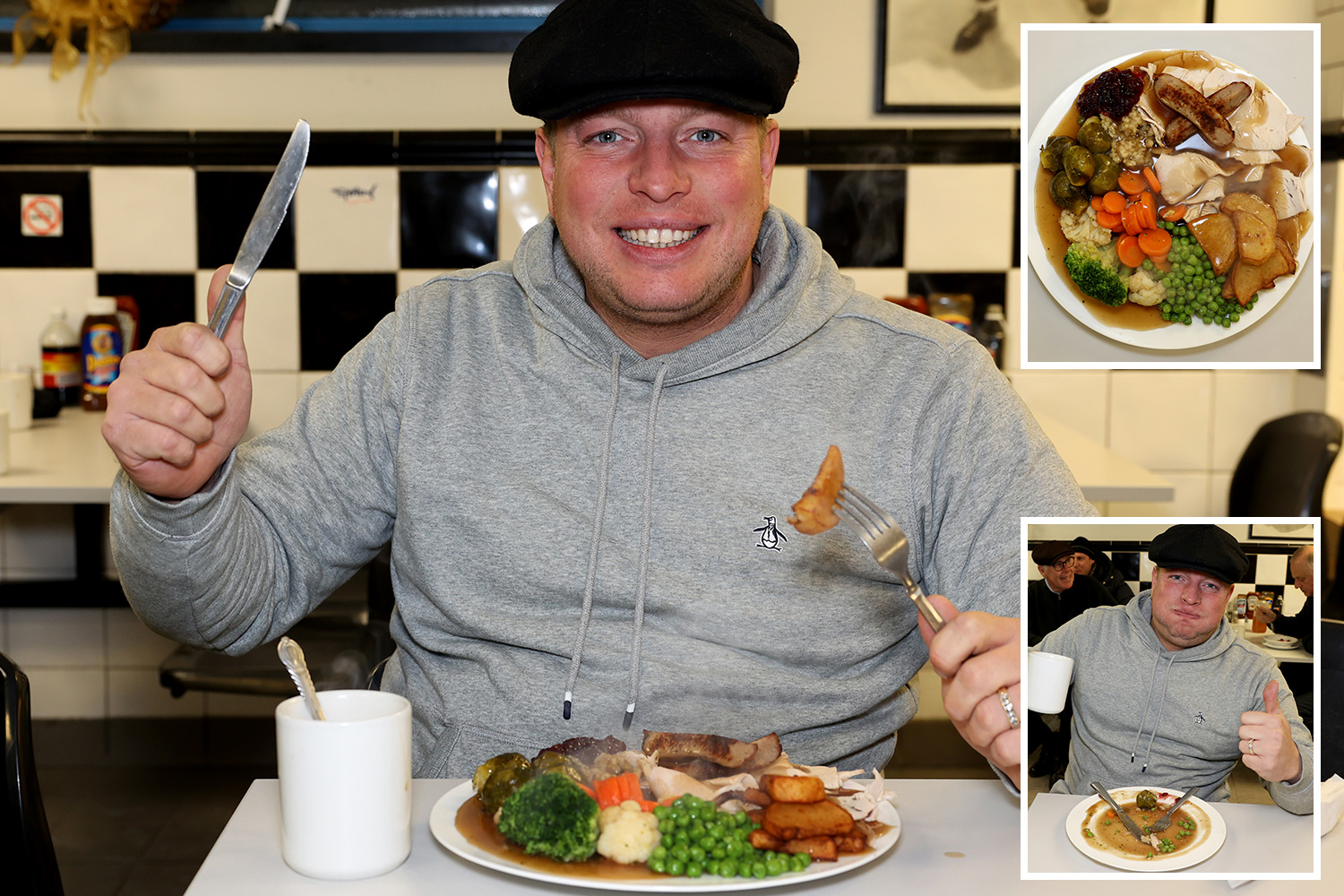 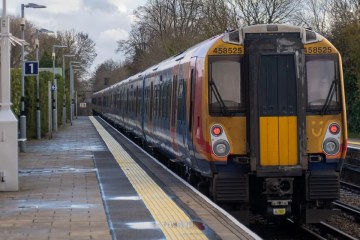 “It’s no different to a painter and decorator having a sign outside his home – although I think that this is a bit more tasteful.”

She spent £685 decorating her front door for Christmas this year. This includes recycling some items she had bought for previous projects.

The Nutcracker cost £250, the wreath and festive arch cost £435 and took five hours to complete.

It’s not the first time that Hannah, from Minehead, Somerset, has decorated her door.

top of the pops

Christmas No1 revealed as Beatles' record is smashed 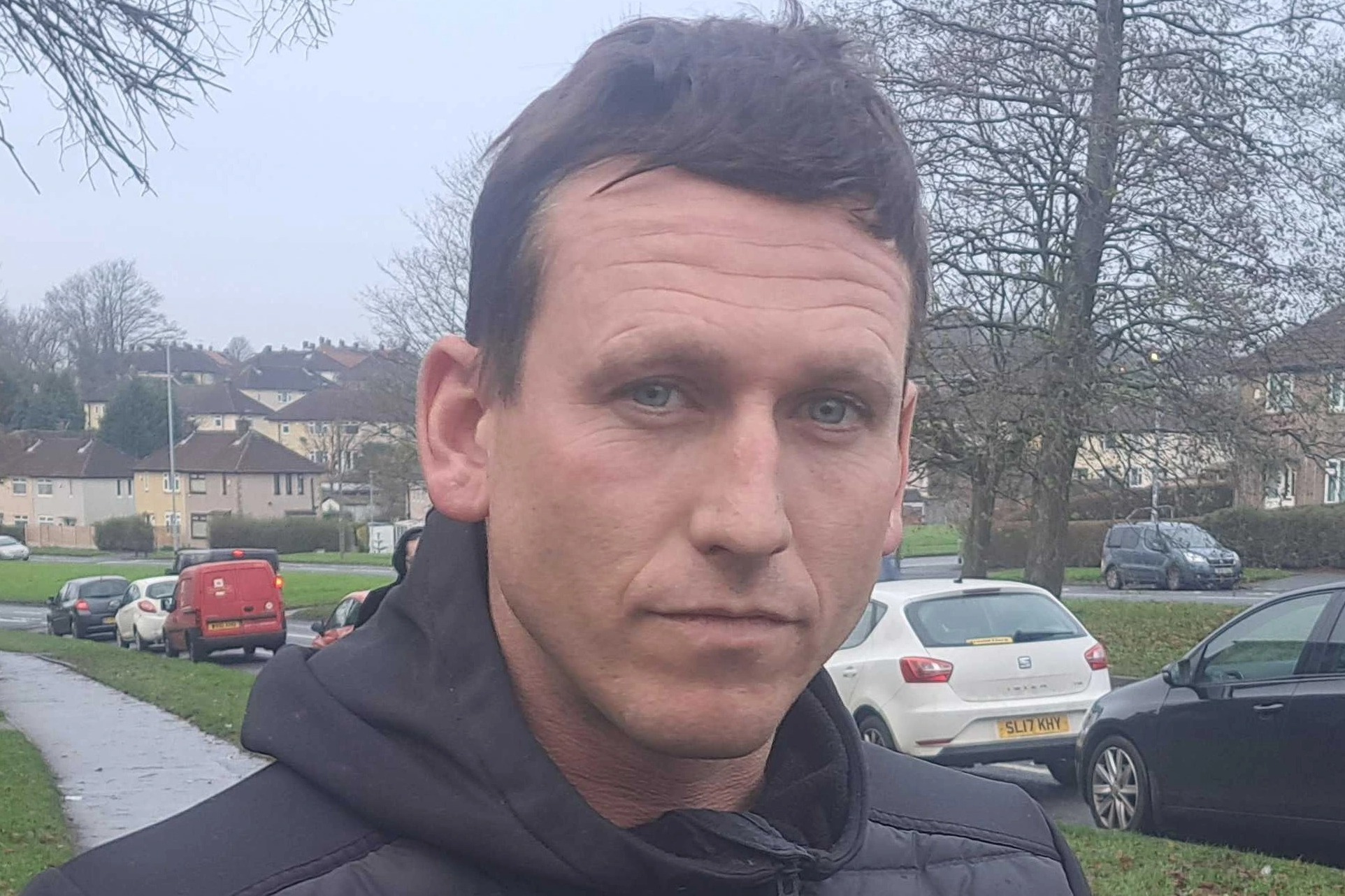 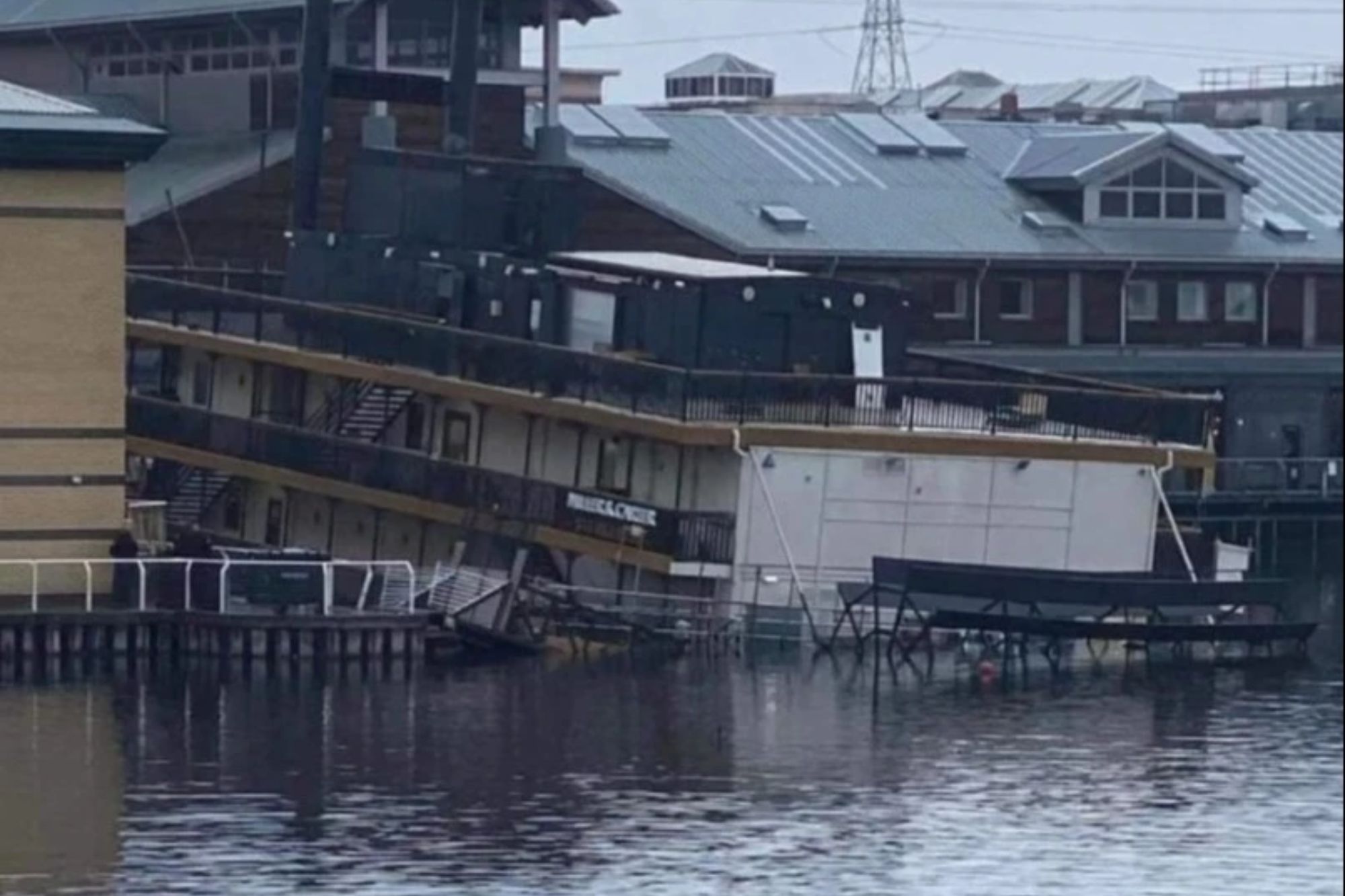 In the last 12 months she has had a Queen of Hearts theme for the Queen's Platinum Jubilee, pumpkins for Halloween and now the Nutcracker this Christmas.

Hannah, from Minehead, Somerset, said: "My door took all day.

"I have been planning it since February. I started it in the morning and finished it in the evening just before it went dark.

"It is so hard to find all the bits I want for it – that's why it has taken me all year to find what I want. I do this for every seasonal change.

"At the beginning of the year I did the Queen of Hearts. In spring, I did the Mad Hatters tea party. I did a Jubilee party for the Queen and in autumn I did pumpkins."

One angry neighbour, who didn’t want to be named, was unimpressed with Hannah's Christmas cheer when the door first went up.

They said: “I understand that people want to celebrate Christmas but this is totally over the top.

“Why can’t people just put up a simple wreath on their door – that would be more in keeping with the neighbourhood.”

While another disgruntled neighbour added: “This latest creation is just making the neighbourhood a laughing stock.”

Hannah says her partner Ryan Cape, a project manager, was undecided about her door decoration.

But Ryan says he has now come to accept the changing face of his front door.

He said: "When she first did it, I was a bit shocked but now I know that it is to promote her business then it’s fair enough.”

Hannah added: “The resident of the house that we are joined to was speechless when he came out to look at it. We don't think he is a fan.

"The other side of the house loves it as they look forward to what comes next.

"I think people just need to lighten up and enjoy it. It’s not as if it’s going to affect the price of their house.” 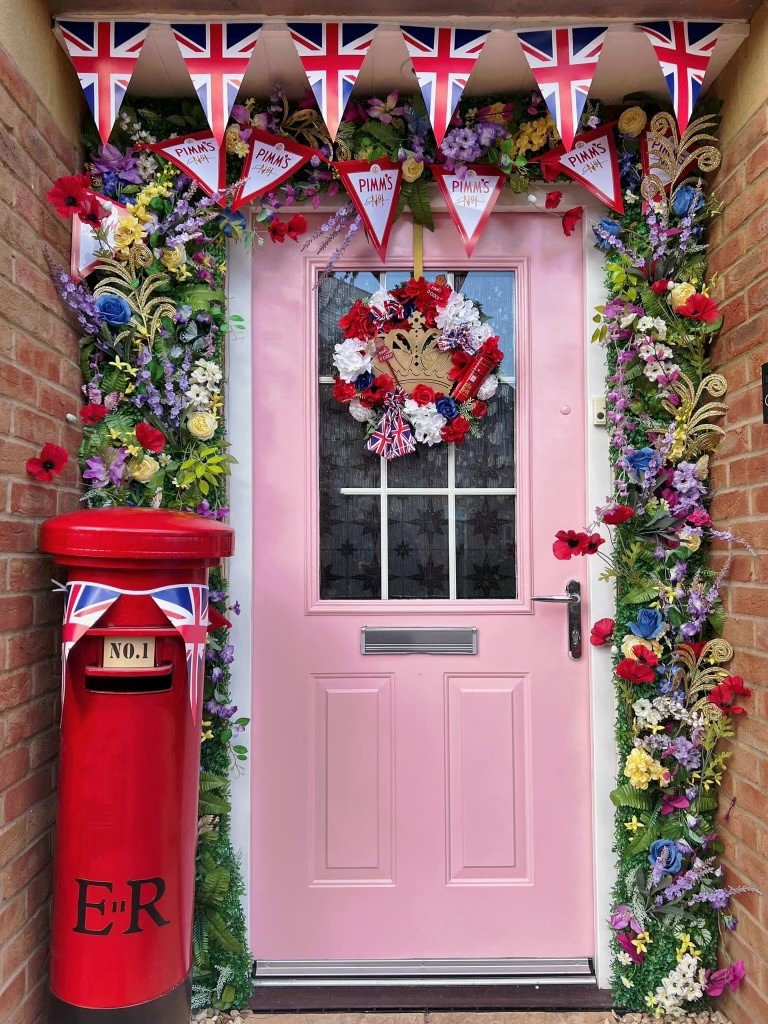