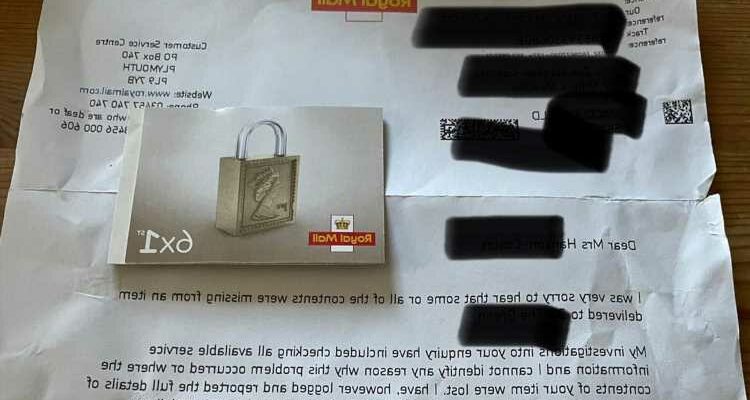 A SHOPPER was fuming after Royal Mail lost her £400 bag – and then offered her a measly book of stamps in return.

Zoe Hanson-Coates made the pricey purchase before Christmas and opted for the "fully insured postal service" to be safe – but was "beyond dismayed" when she discovered it had disappeared in transit. 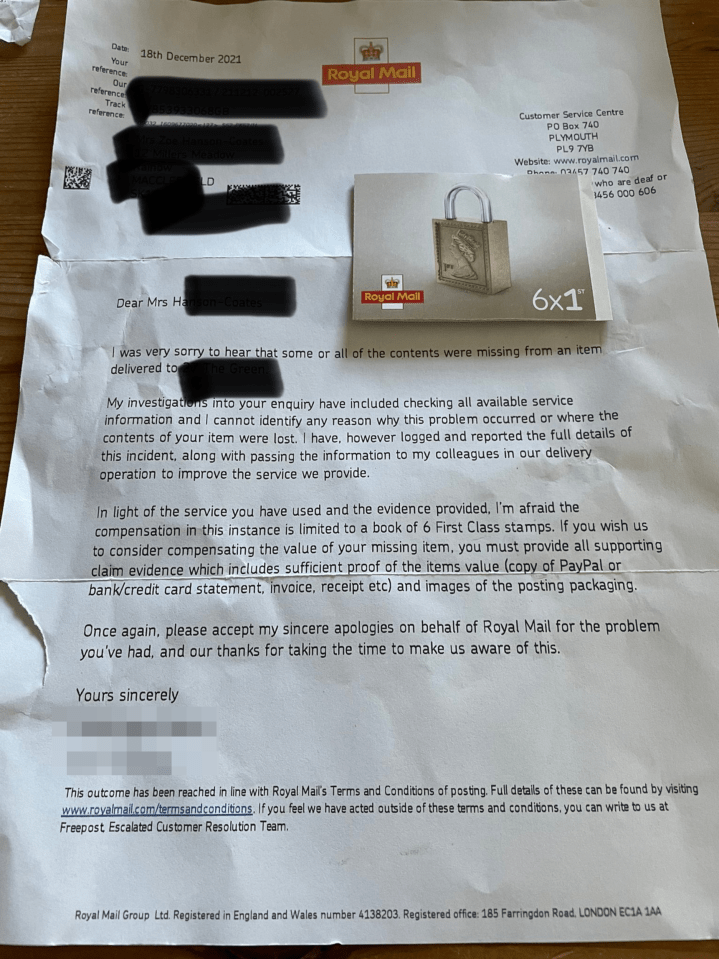 After realising it wasn't going to arrive, Zoe complained and bosses sent her a letter apologising for misplacing the item.

But she says the real kick in the teeth was the pack of six stamps – worth £5.10 – enclosed as compensation.

Sharing a photo of the letter she received, Zoe said on Christmas Eve: "Beyond dismay at this response Royal Mail.

"Somehow my £400 bag has gone missing in transit – I paid fully insured postal service – and I’m compensated with a book of stamps #nowords #fuming #merrychristmas."

The letter, dated December 18, said Royal Mail was "very sorry" for the "problem" – but it failed to identify what had gone wrong.

It added: "In light of the service you have used and the evidence provided, I’m afraid the compensation in this instance is limited to a book of six first class stamps.

"Please accept the enclosed stamps as full payment for this service."

I'd wake up & buy vodka instead of getting kids from school, says Michelle Heaton

MAN WITH A PLAN B

Other customers have been equally annoyed at the "royal fail".

Vanessa Furey tweeted a similar message on January 4, claiming the courier company also sent her stamps as "payment" for losing a parcel.

She added: "I don’t want stamps, I’d like a refund for the amount of the postage and the contents."

Vanessa then attached her response from Royal Mail, which read: "I’m really sorry you’ve recently had cause to complain about an item.

"Having reviewed the evidence submitted, I can see we’ve let you down on this occasion and I apologise for that.

"Please accept the enclosed stamps as full payment for this service failure, in line with the conditions of the product used."

And it appears this has been Royal Mail's policy for quite some time, with customers tweeting about their compensation for years.

One person said in January 2016: "Royal Mail loses a £500 Selfridges voucher and send me six stamps as compensation?! #royalfail."

Another in December 2018 joked sarcastically about the "incredible gesture" for losing a "£150 iPhone in the post".

A third in July 2020 said: "I returned a pair of £65 trainers to JD sport using Royal Mail. They lost my parcel and sent me stamps as compensation.

"I’m not impressed with the customer service."

And another shopper, using the click and drop service, claimed the postal service failed to deliver £260 worth of toys in November 2020.

They too claimed they received six first class stamps, adding: "Words fail me."

A spokesperson for Royal Mail said: "Claims for items with an intrinsic value should all be made on Royal Mail’s current loss and damage claim form.

"The claim form needs to be signed and dated by the claimant and supported by 'additional evidence' (evidence of posting and evidence of value) to corroborate the amount claimed for actual loss.

"If only basic evidence can be provided then only stamps can be considered as compensation.

"Further details are available on the Royal Mail website." 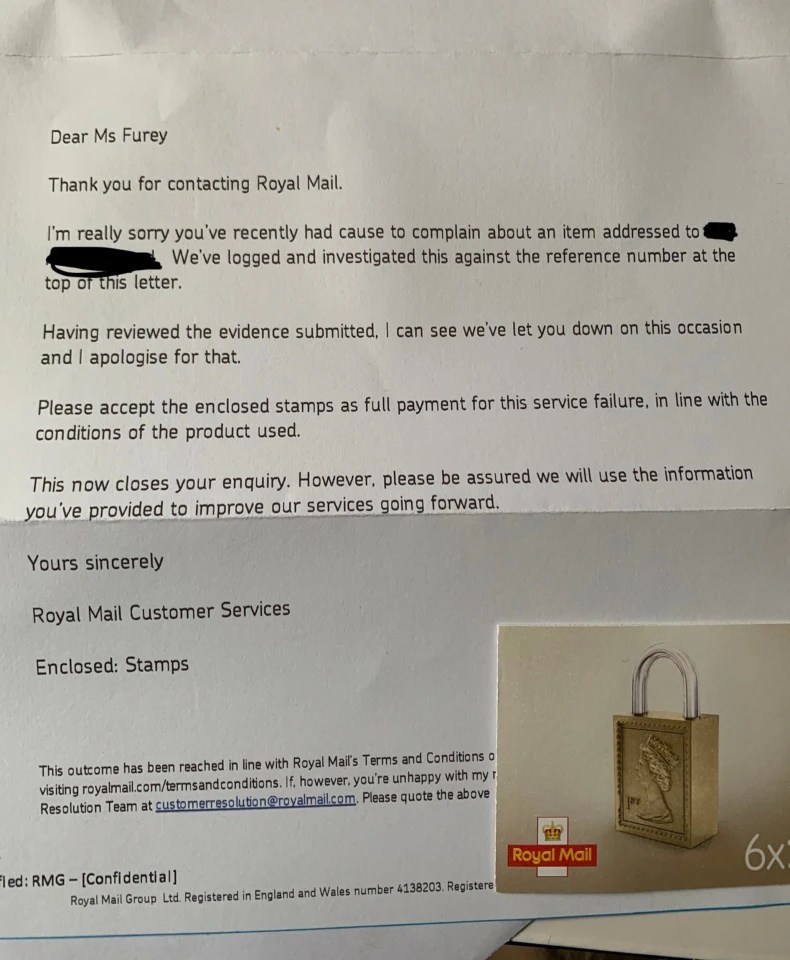 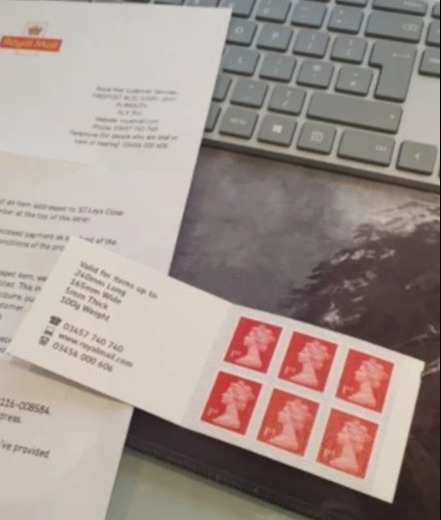