Muslim woman, 26, is sentenced to death by hanging for blasphemy in Pakistan after sending caricatures of Prophet Mohammed over WhatsApp

A Muslim woman has been sentenced to death in Pakistan for sending caricatures of Prophet Muhammad over WhatsApp, a court said.

Aneeqa Ateeq, 26, was arrested in May 2020 and charged with posting ‘blasphemous material’ as her WhatsApp status, according to a summary issued by the court.

When her friend urged her to change it, she instead forwarded the material to him, according to the court.

Blasphemy is an act punishable by the death sentence in Muslim-majority Pakistan, although an execution has never been carried out for the crime. 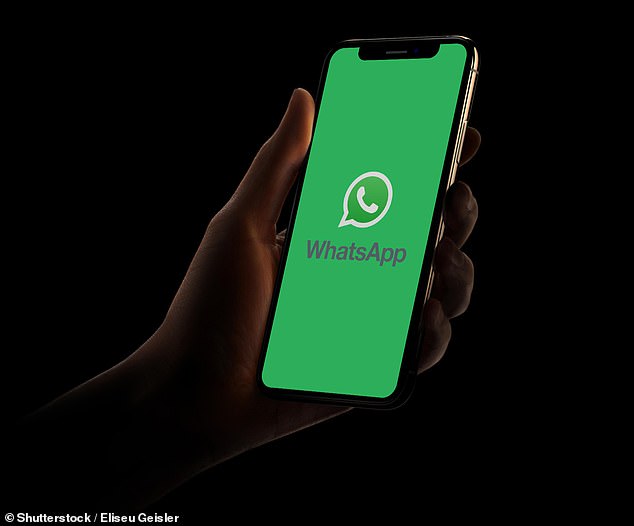 Aneeqa Ateeq, 26, was arrested in May 2020 and charged with posting ‘blasphemous material’ as her WhatsApp status, according to a summary issued by the court (stock image)

Caricatures of Mohammed are forbidden by Islam.

Ateeq’s sentence was announced on Wednesday in the garrison city of Rawalpindi, with the court ordering her to be ‘hanged by her neck till she is dead’.

She was also handed a 20-year jail sentence.

Up to 80 people are known to be jailed in Pakistan on blasphemy charges – half of whom face life in prison or the death penalty – according to the US Commission on International Religious Freedom.

Pakistan has strict blasphemy laws which carry a death penalty for people who insult the Prophet Muhammad, Islam, the Quran or certain holy people.

The Pakistan Penal Code states: ‘Whoever by words, either spoken or written, or by visible representation or by any imputation, innuendo, or insinuation, directly or indirectly, defiles the sacred name of the Holy Prophet Muhammad (peace be upon him) shall be punished with death, or imprisonment for life, and shall also be liable to fine.’ 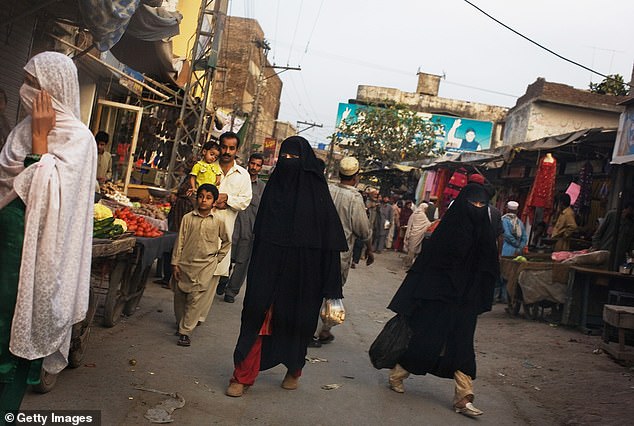 Ateeq’s sentence was announced on Wednesday in the garrison city of Rawalpindi (pictured: file photo of the city), with the court ordering her to be ‘hanged by her neck till she is dead’

But nobody has ever been executed under the blasphemy laws in Pakistan as higher courts have overruled or commuted the sentences.

The laws have long been criticised by rights groups because they are seen as vague and widely abused in order to dangerously discriminate against religious minority groups in the Muslim-majority country.

An overwhelming 98 per cent of the population follows Islam and critics say the law targets members of other religious groups including Hindus and Christians.

In December, a Sri Lankan factory manager working in Pakistan was beaten to death and set ablaze by a mob after being accused of blasphemy.

The lynching was widely condemned by Pakistan’s military and political leadership, prominent social and religious figures and civil society members.

It came less than a week after a Muslim mob burned a police station and four police posts in northwestern Pakistan after officers refused to hand over a mentally unstable man accused of desecrating Islam’s holy book, the Quran.

Last August, an eight-year-old Hindu boy, who was not named, became the youngest person in Pakistan to be charged with blasphemy. 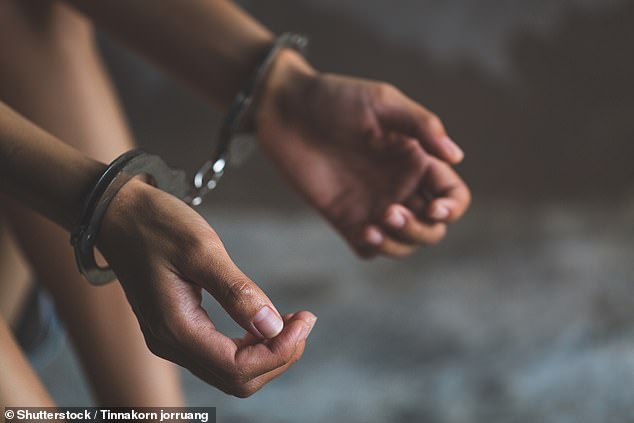 Pakistan has strict blasphemy laws which carry a death penalty, but nobody has ever been executed under the laws as higher courts have overruled the sentences (stock image)

But Pakistan police dropped the charges against the boy after pressure from the government and media over his arrest.

The boy was originally arrested on charges of intentionally urinating on a carpet in the library of a madrassa, or religious school, that houses religious books in July 2021.

His release on bail prompted a mob to damage a Hindu temple in the conservative town of Bhong in the Rahim Yar Khan district, Punjab. The boy and his family were put in protective custody.

The country’s government has long been under pressure to change the country’s blasphemy laws, first introduced by British colonial rulers in 1860.

In 2011, a Punjab governor was killed by his own guard after he defended a Christian woman, Asia Bibi, who was accused of blasphemy.

She was acquitted after spending eight years on death row in a case that drew international media attention.

Faced with death threats from Islamic extremists upon her release, she flew to Canada to join her daughters in 2019.