A TERRIFIED mum has revealed how a stranger jumped in her car and tried to drive off with four children in the back.

Meghan Latter had closed the driver door and ran to a ticket machine to check what time the car park she was in shut. 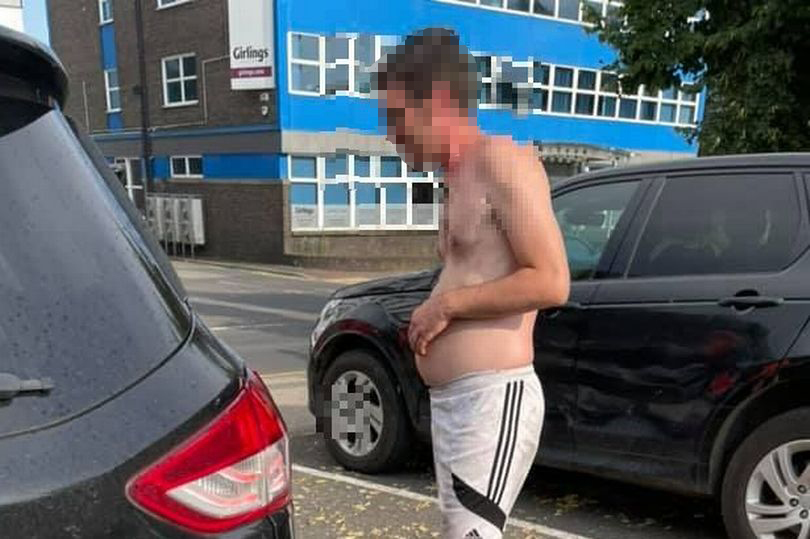 But seconds later she heard the children screaming "get out of the car" and shouting for help.

Megan was horrified to find a man sitting in the driver's seat, who brazenly tried claiming it was his mum's car and the kids belonged to him.

He then got out of the car as police arrived on the scene in Ashford, Kent.

Megan has now shared the horror ordeal on Facebook in a bid to warn others.

'GET OUT OF THE CAR'

She said: "I’ve parked in a car park and tried to pay for my parking using an app which said I could only park there for so long due to parking restrictions.

"I had children in the car, I shut the door and run to the ticket notice sign to see what time the car park shut.

"I got to the machine and heard [my daughter] shout 'get out of the car!'

"I started to walk back thinking she’s shouting at one of the kids and then I hear her scream 'MUM!!'

"I’m then screaming telling him to get out of my car!"

'STAY AWAY FROM HIM'

Megan said onlookers called the police while she confronted him as she refused to leave the vehicle.

She explained she went "absolutely crazy" and swung her handbag at him in a frantic attempt to make him leave.

The mum added: "Finally he got out and was acting all apologetic and said it was too emotional for him to be there.

"This happened so so fast but literally felt like it went on for ages, my babies are all safe and the man is being dealt with by police.

"I never in a million years thought anything like this would happen.

"If you are in or around the Ashford area, stay away from this man.

"My children said he was pressing buttons in my car and looked like he was trying to start my car.

"Luckily I had the fob in my bag so he couldn’t do anything.

"I'm Just grateful for everyone that stopped and helped and stayed with us the whole time we were there."

The Sun Online has contacted Kent Police for comment.