A MUM-OF-TWO's dream home turned into a nightmare after an "unstable" fence left her garden looking like giant Jenga.

The unstable structure at Laura Kermode's Guisborough home has left her children unable to play in their garden for 13 months. 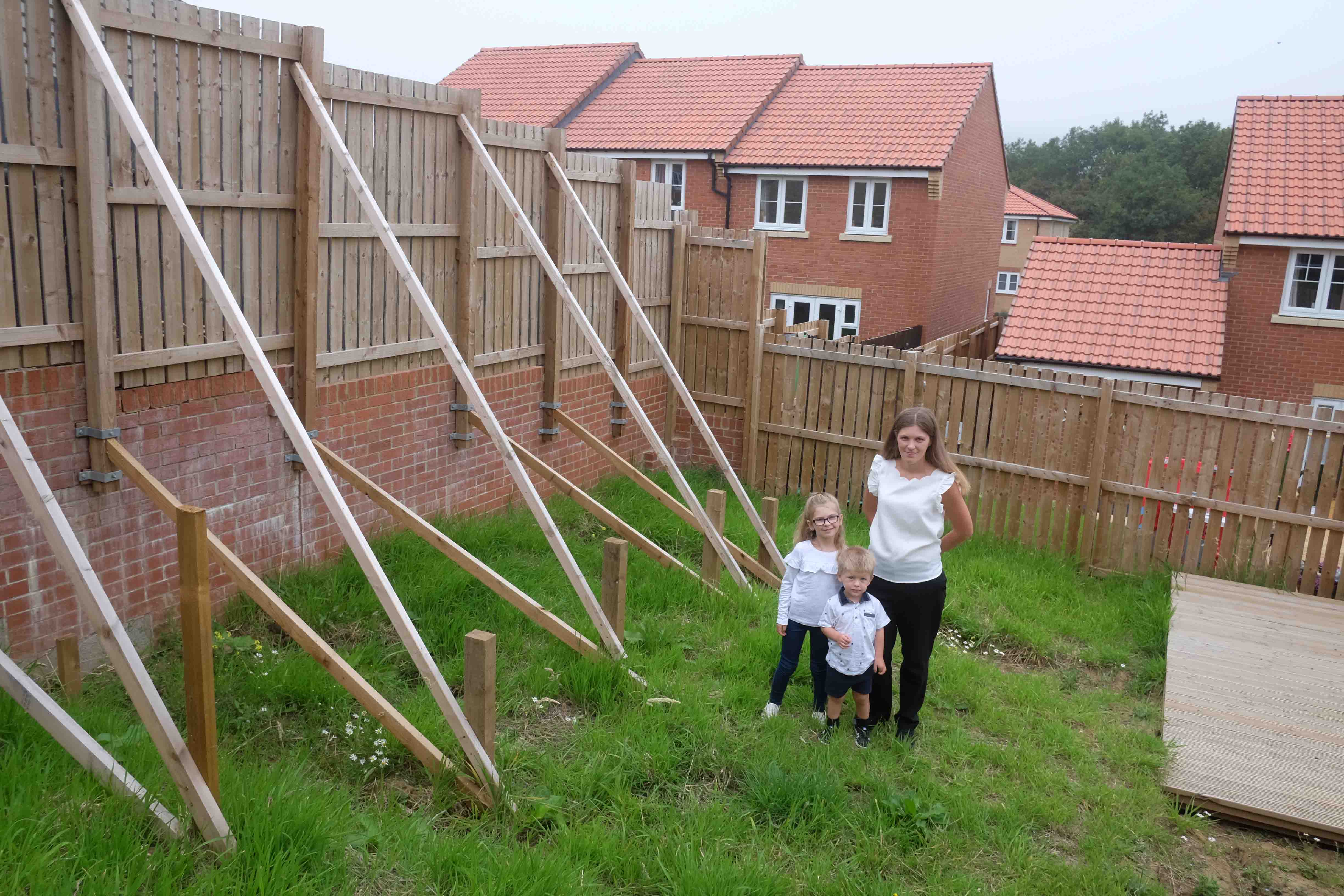 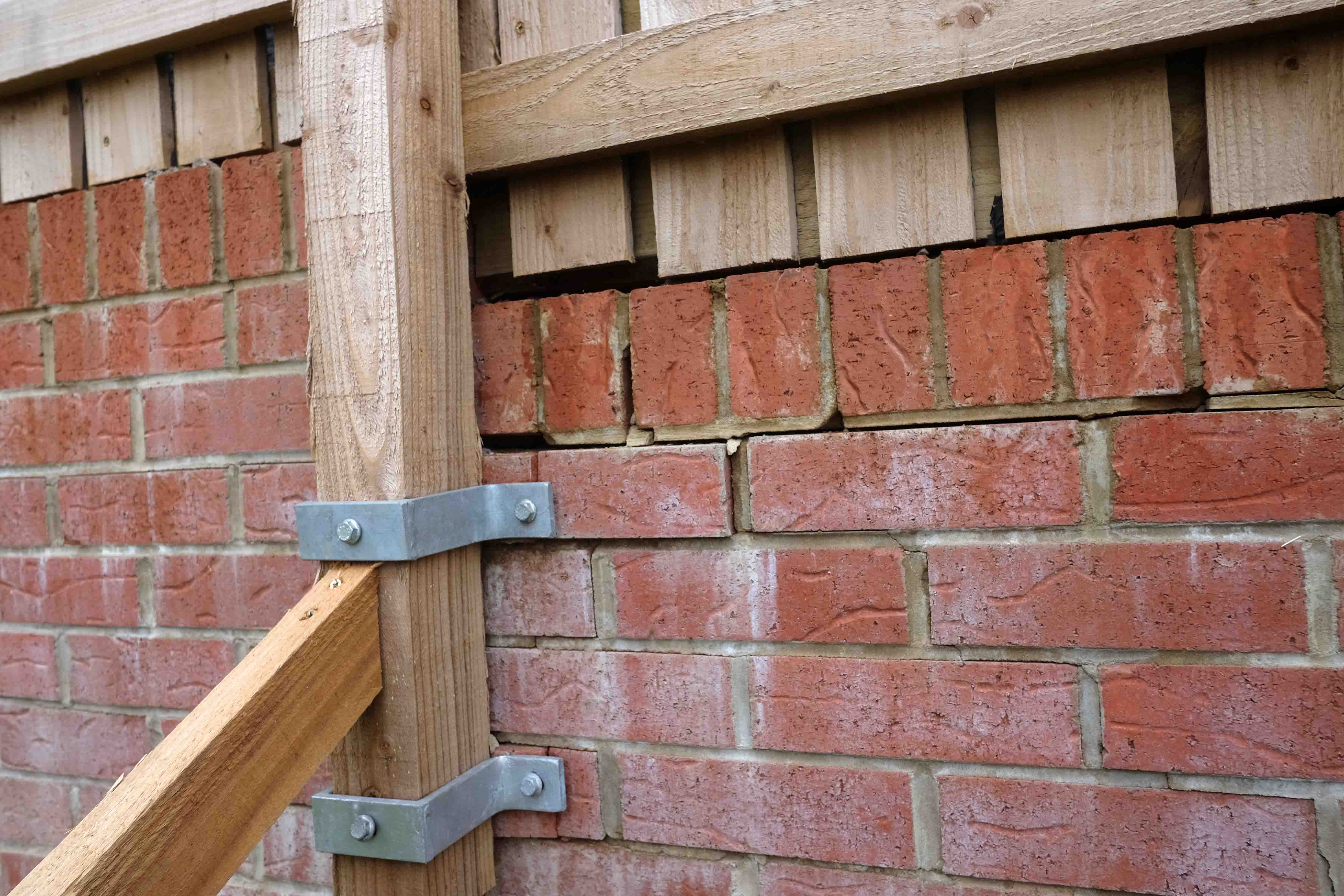 The 27-year-old said she has been contacting the housing company and asking them to fix the issue for over a year but all they have done is wedged it up with wooden posts.

She said that her children – Layla, six, and Alfie, three – were housebound during the coronavirus lockdown as it was too unsafe for them to play in the garden.

Laura, who works as a waitress, has compared the garden wall to that of a tower built in the children's board game Jenga.

She said: "We reported it when we moved in and it has got worse.

"I would describe it as a Jenga wall. You can take the bricks out with your hands!

"We have got kids and they can't play in the garden as it's not safe.

"They can't play on the front as there is a road so the kids have no where to go. It's awful, they have been housebound."

Laura added: "I have been ringing them every week and emailing twice a week. I just get the same excuses – the supplies are on order. Surely it can't take a year."

Taylor Wimpey say they are waiting for materials to be delivered before making repairs. 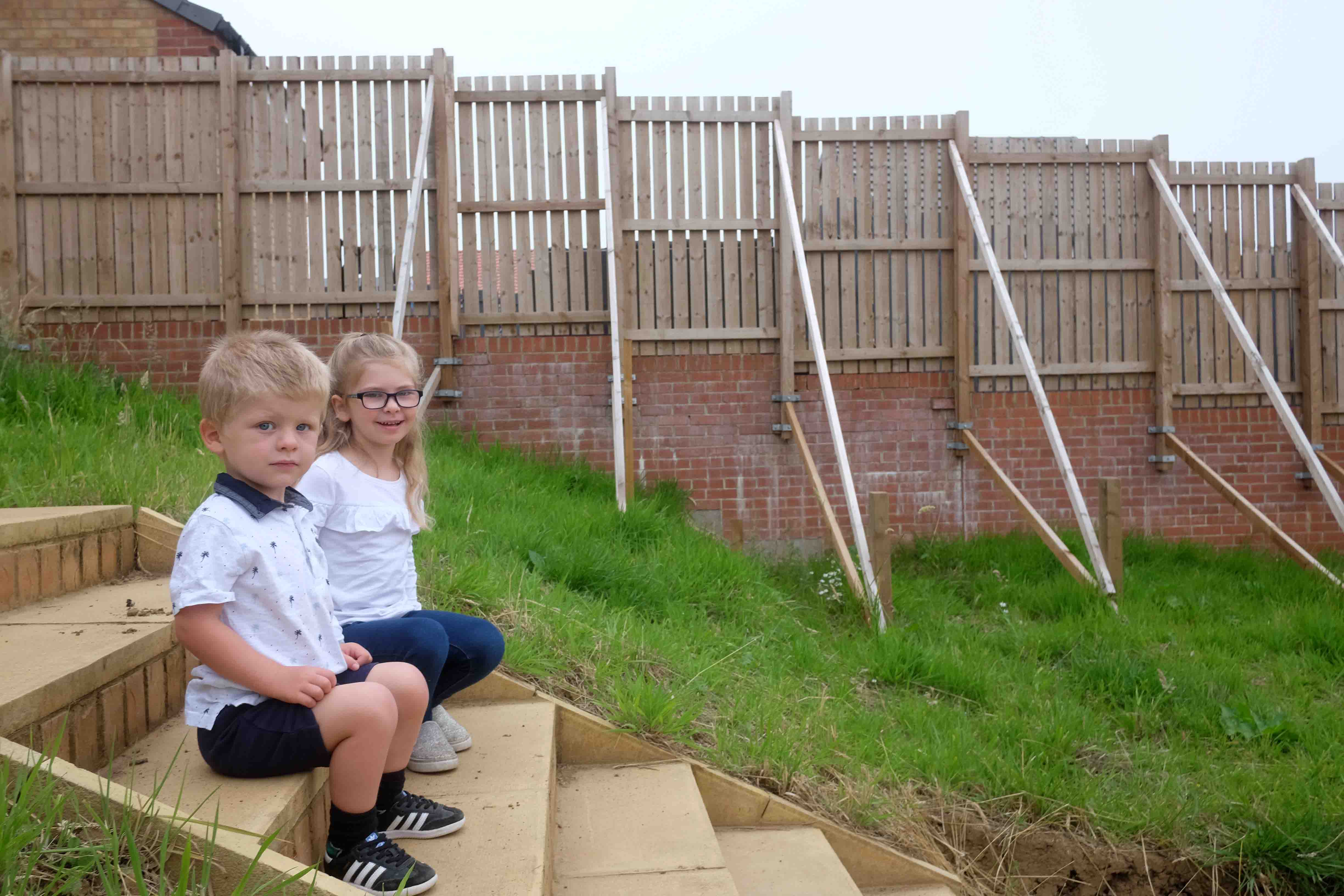 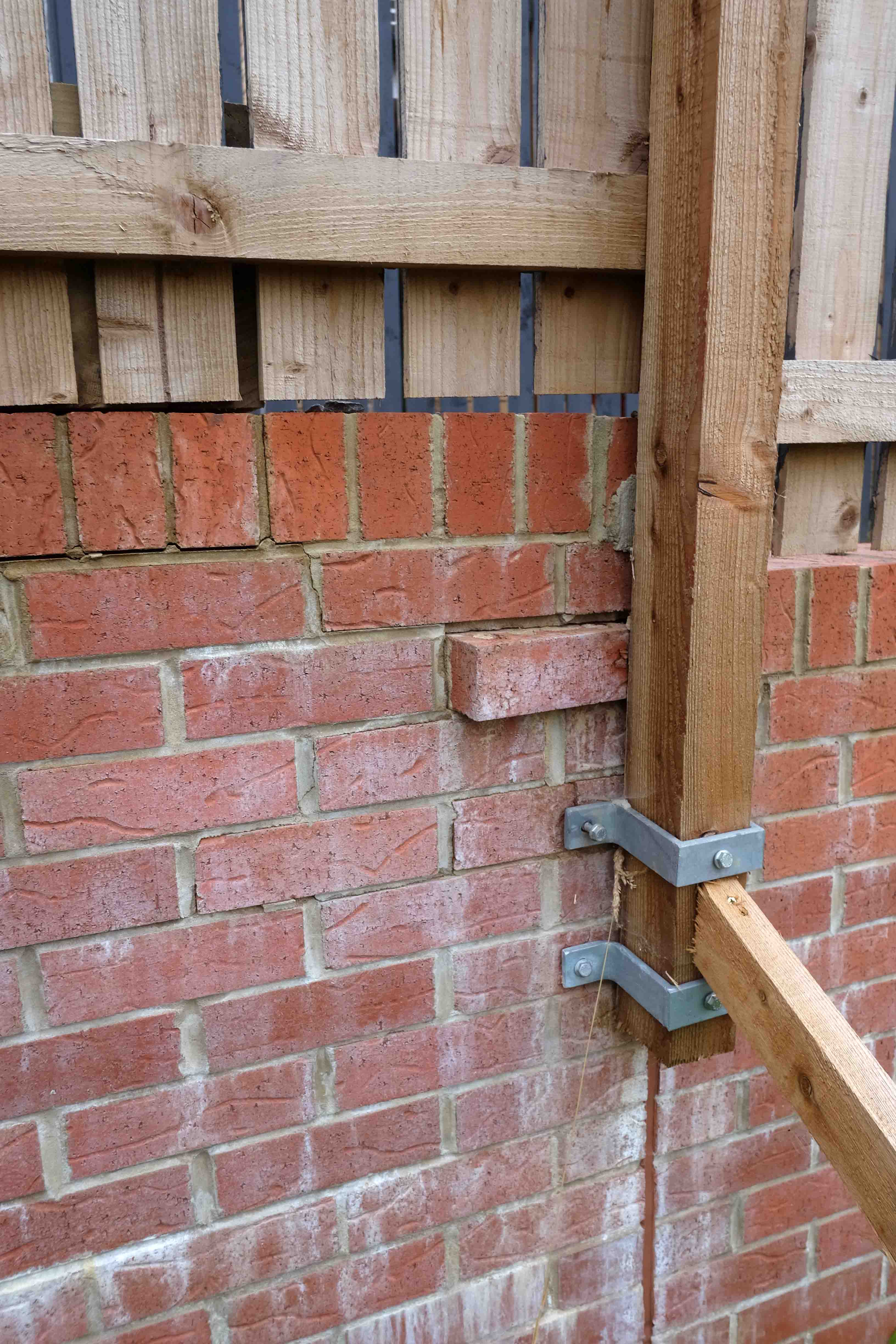 Laura said she was unable to see the new build property until after she bought it for £239,450.

After getting the keys, Laura and her partner Steven, 30, spotted a crack in the wall but didn't expect it to get so bad.

Laura described the customer service she has received from Taylor Wimpey as "shocking".

She added: "We assumed they would fix it straight away. They kept on saying they would keep an eye on it.

"Just before lockdown they said they couldn't come out. They wedged it up with a bit of wood, it is literally falling.

"I have had several contractors out to have a look at my fence and not one person is doing anything about it." 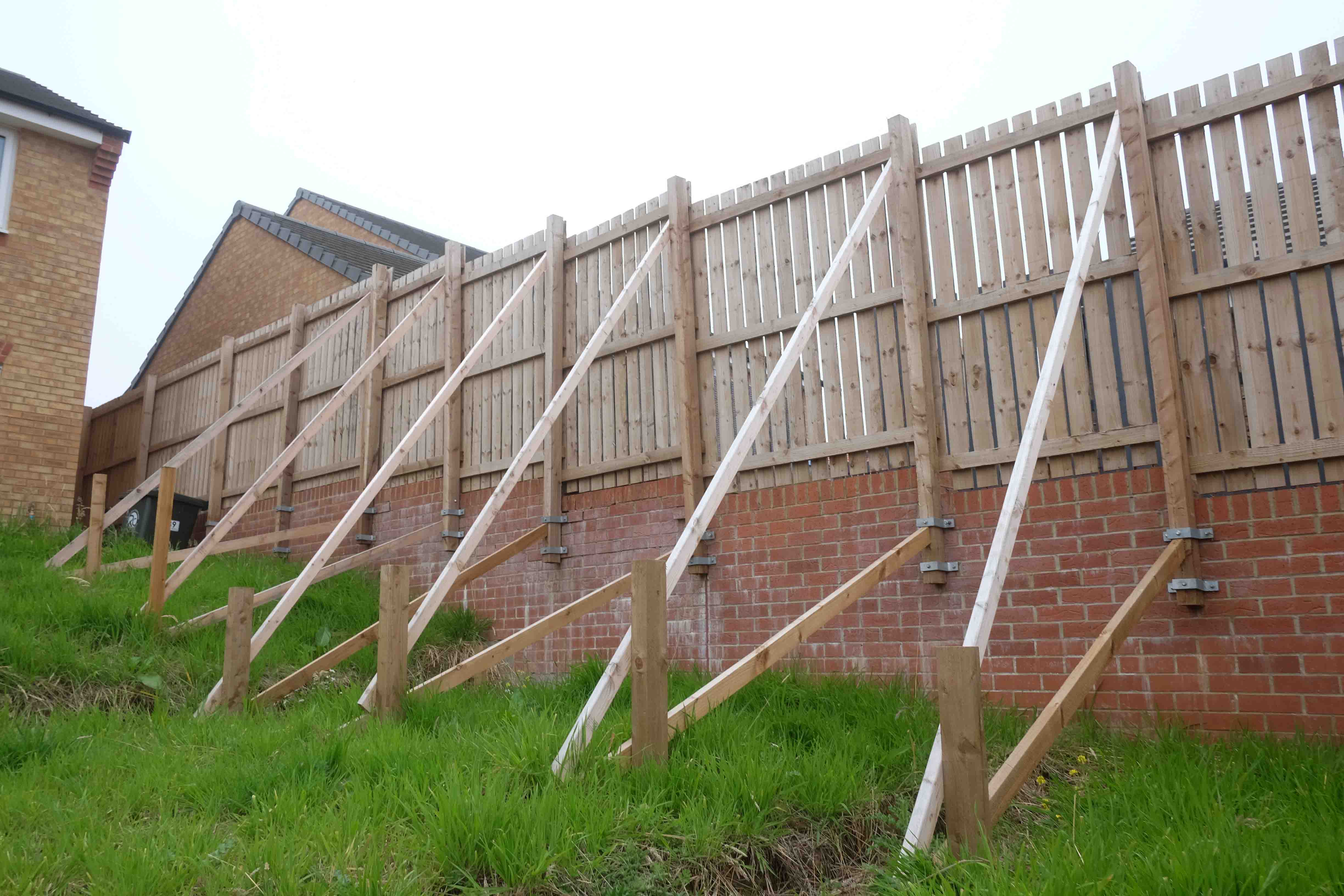 A spokesperson for Taylor Wimpey North Yorkshire said: "We are sorry to hear of any inconvenience Ms Kermode has experienced.

"As a responsible homebuilder we have a commitment to keep our customers and staff safe and it’s unfortunate that we were only able to undertake emergency repairs during lockdown.

"As soon as Government restrictions were lifted, we commissioned permanent repair work at the property and placed the materials on order.

"We advised Ms Kermode of this on Monday 10 August and, once the materials have arrived, we will be back in touch with her to arrange a convenient day to undertake the repair work."