AN 88-YEAR-OLD mum is suing her own son over a £6million 540-acre country escape that he claims was promised to him as a boy.

Peter Horsford, 54, says he sacrificed a normal childhood spent playing with his friends to labour on the family farm and was "groomed" to take over from his dad. 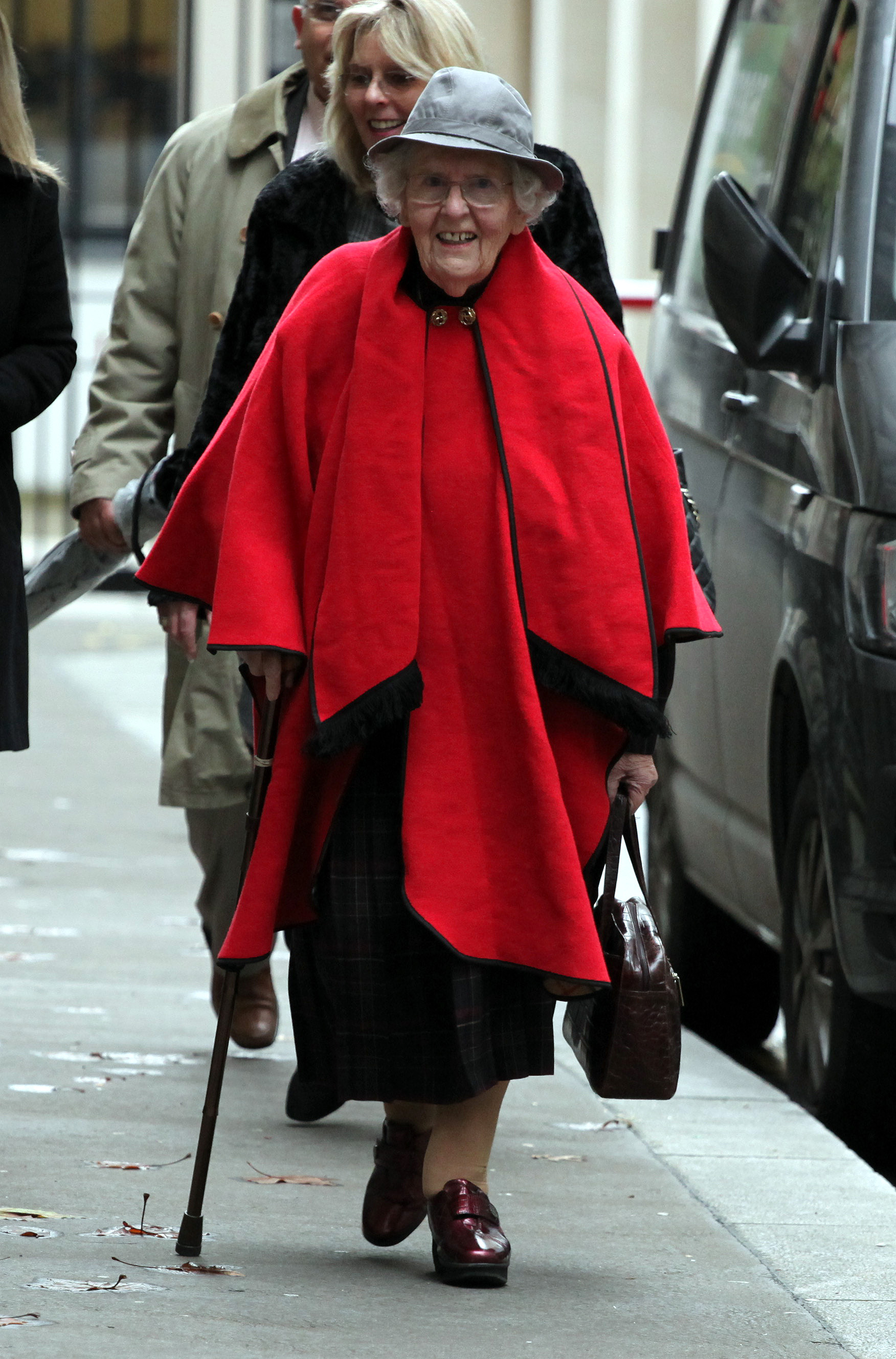 The "best years of his life" were spent toiling on the family pile in Huntingdon, Cambs., he says – to the extent that he even sacrificed his eye to keep working.

After a golfing accident in 1997, he had his eye removed so that he could get back to his work on the farm as soon as possible, he told the High Court.

But he says his elderly mum, Marian, has now “reneged on her lifetime of assurances” and the pair are now locked in a bitter court clash.

Marian is claiming over £2.5m for her share of the prosperous estate – part of which is rented out as a lucrative wind farm.

Marian, who split up from Peter’s dad in 2011, denies promising him her share of the farm and argues that the work he did as a child was normal for a farm boy.

Judge Murray Rosen heard that the dispute was sparked after Marian retired from the family farming partnership in December 2016.

She then claimed £2.5million from her son for “the value of her outgoing partner’s share”, plus around £23,000 in past income profits.

Peter’s dad, Davis, suffers from dementia, and so cannot clarify on what was promised to his son.

But Peter insists it was always his parents’ intention that he would inherit the entire family holding, sited around College Farm and Whitleather Lodge Farm, which includes two farmhouses and a barn conversion.

Peter and his wife, Gail, have made their home in the lodge – which is in his name – whilst his parents until recently lived in the College Farm house, to which he lays no claim.

But he insists that all 540 acres of land should be his by right.

From the witness box, Peter told the judge how he worked with his father or grandfather from morning to night.

“I’m not saying that they forced me but they encouraged me throughout my life to take that direction for the future, from when I was a child being given [farm] toys," he said.

Peter’s QC, Christopher Stoner, claimed the alleged assurances given by Marian and Davis that he would inherit were “clear and unequivocal”.

"As a child and teenager, he worked on the farm every summer, carrying out increasingly onerous and complex tasks for little more than pocket money,” the barrister said.

For the past 18 years, Peter has effectively run the farm on his own, QC Stoner said.

But his mum denies going back on her word and says her son has suffered no real “detriment” through his labours over the years.

He had "benefited very substantially" due to working with his parents, claimed Marian’s QC, Stephen Jourdain.

“This is not a case of someone who worked hard for many years for low pay and without other reward, quite the contrary,” he told the court.

Mr Jourdain disputed that Peter’s parents made repeated promises to hand him the farm, highlighting evidence that Marian had considered leaving her stake in the farm to Peter’s sister, Liz.

He said there was a “family understanding” that Peter would probably inherit his parents’ farming interests – but that this was never “set in stone”.

In any case, Marian’s alleged promise was to leave Peter her interests when she dies, the QC added, pointing out: “But Marian has not died.”

Much of the work Peter did in his youth was normal among farming families, suggested Mr Jourdain.

"It's standard in every farming family for children to help out," the barrister said, with Peter replying: "That depends on the tasks you are asked to do."