A MUM shot dead her two young daughters and baby daddy before turning the gun on herself – and surviving, cops say.

Damyrra Jones Alcindor, 28, is in a “critical condition” after shooting herself in the head following the slaughter at her home in Philadelphia, US, on Monday. 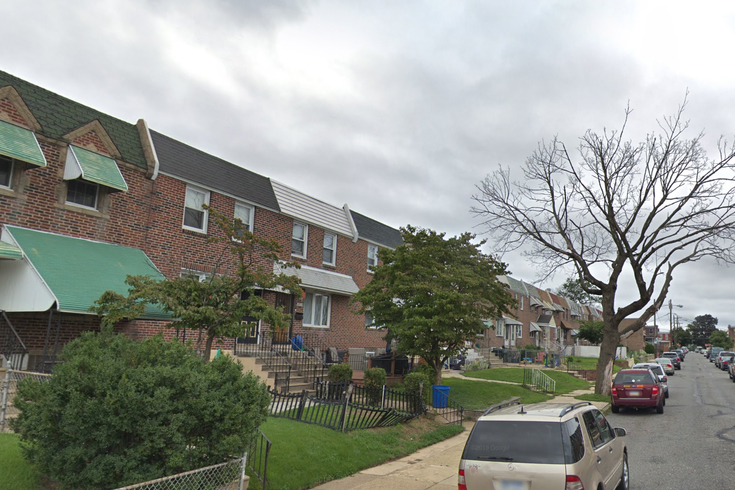 She allegedly used a 9mm handgun to kill her 10-month-old daughter, her 4-year-old daughter and the girls’ dad, before shooting herself.

Police say Alcindor bought the gun legally just one day before carrying out the shooting at the family home in Tacony.

The dad, 38, whose name has not yet been released, was pronounced dead at the scene shortly after 10pm.

The two girls were rushed to St. Christopher's Hospital in North Philly, where they both died.

All three suffered gunshot wounds to the head and neck area, police said.

Alcindor will be charged with three counts of murder, child endangerment and possessing an instrument of crime, assuming she recovers, police said.

While being rushed to Jefferson Torresdale Hospital, in the back of an ambulance, Alcindor “admitted to shooting everyone”, Police Homicide Capt. Jason Smith said.

She also “demanded not to be resuscitated” – but officials say it looks as though she will recover from her gunshot wound, which appears to be self-inflicted.

Police believe there had been "domestic discord" between the couple involving child support payments.

"There was literally a fight every single day," one neighbour said.

"I feel they hated each other. There was a fight every single day."

Cops said the dad had not been living in the house recently after the couple broke-up.