A MULTI-vortex tornado ripped through Oklahoma on Tuesday as hail and other twisters are tearing through the midwestern US.

Clinton Regional Airport suffered minimal damage when the tornado swept through the area. 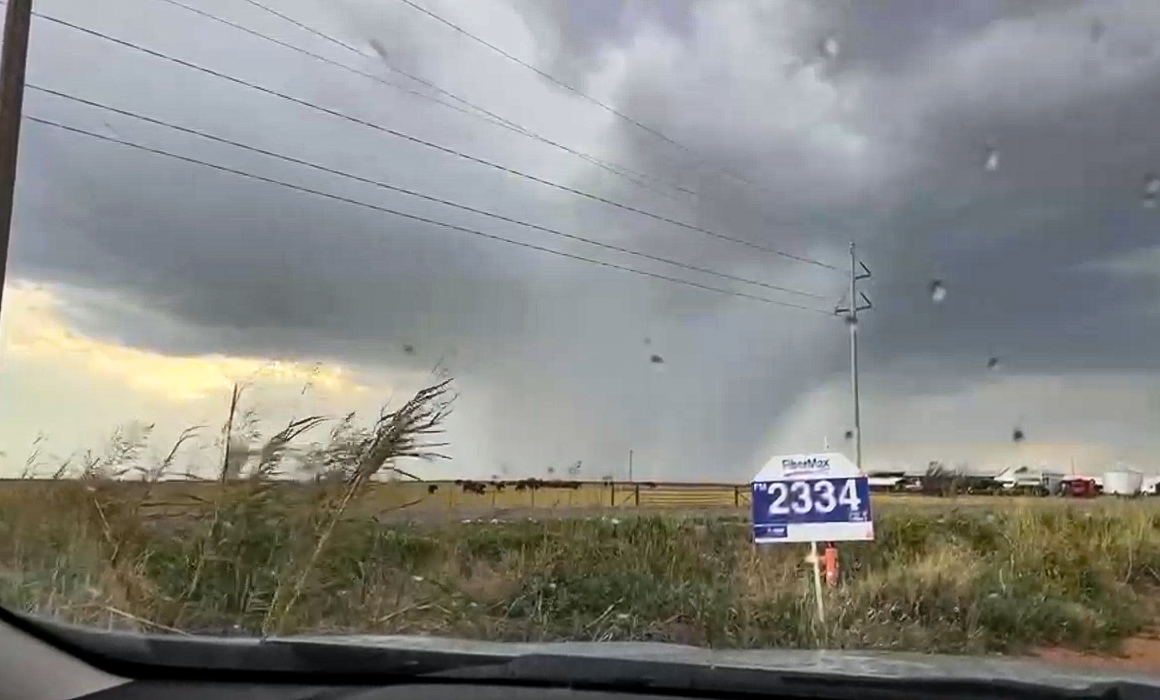 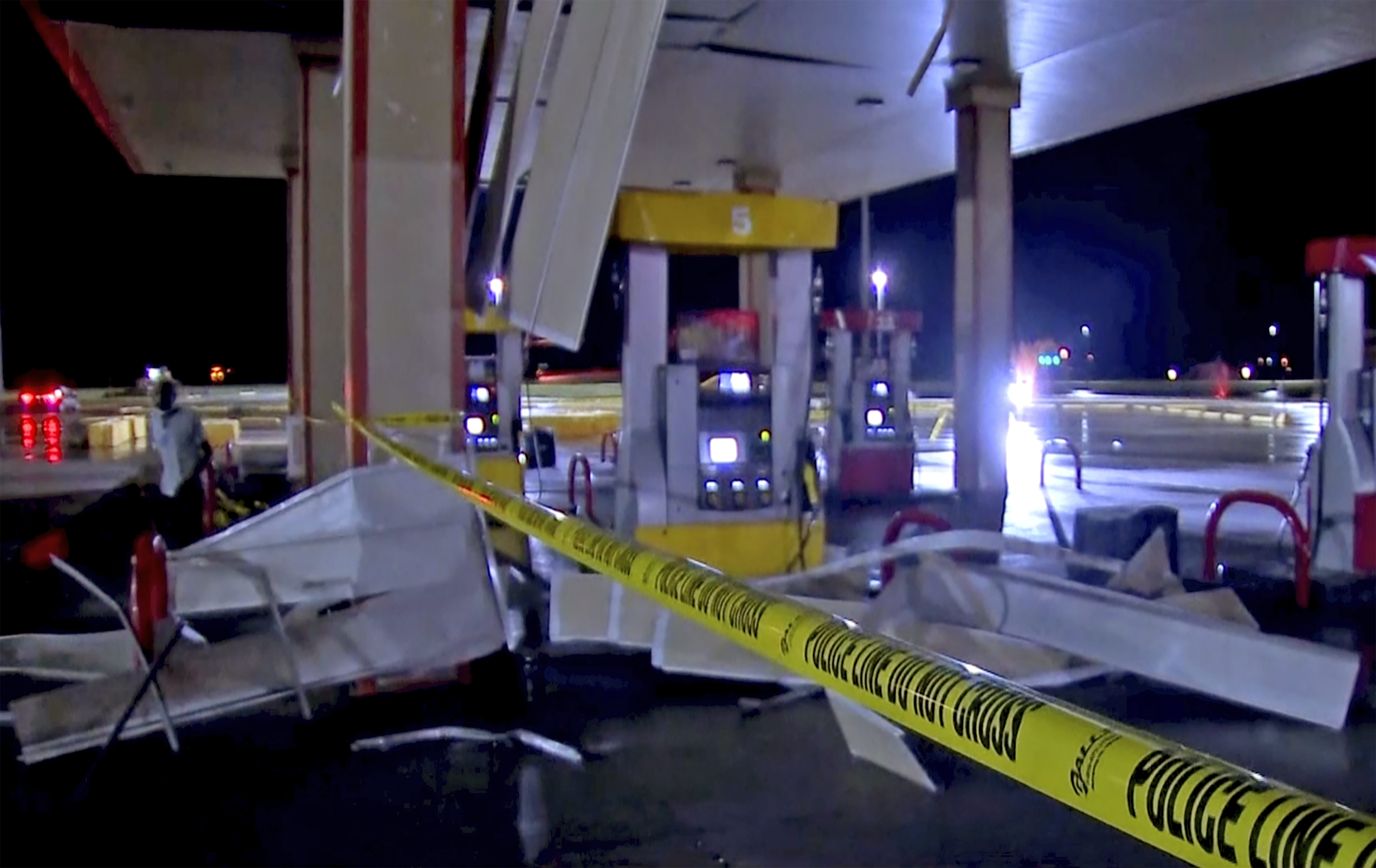 Although the airport itself suffered minimal damage, a hangar collapsed and was found to have a plane and truck inside it. No one was injured.

Tornado warnings were issued across 10 counties in Oklahoma, including Beaver, Texas, Caddo, Kiowa, Comanche, and Washita. Residents received warnings to find shelter in advance of two supercell storms forming in the area.

A supercell storm is the most deadly and dangerous weather warning, beginning as a rotating thunderstorm and eventually growing into a full-fledged tornado.

Only one emergency situation was reported due to the storm when a semi-truck overturned on a highway.

The Oklahoma Department of Transportation responded to Interstate 40 where a semi-truck rolled over, blocking the roadway.

“There is structural damage to some roofs in [Southwest Oklahoma City] near [Southwest] 49th & Czech Hall Rd, as well as tree damage along the track of the storm. All in all, we’re okay!” he said in a post on Twitter.

A resident in Clinton said the "tornado was pretty interesting! It took on many different shapes between lightning strikes. I noticed twin funnels during the Clinton tornado sequence, but I couldn’t determine if it was twin tornadoes or not. That was a fun night chase!”

Oklahoma Natural Gas tweeted on Wednesday that a tree fell on a meter, and they are working to replace it.

They also issued a warning for residents saying, “As always, if you smell natural gas, leave the area immediately and then call 911 and our emergency line at 800-458-4251.”

The severe weather is expected to continue through tomorrow and is set to improve through the remainder of the season.

A total of five tornadoes were confirmed to have touched down Sunday evening into Monday.

Tornadoes form during the change in seasons, but this year is worse due to the warmer days leading into the fall. 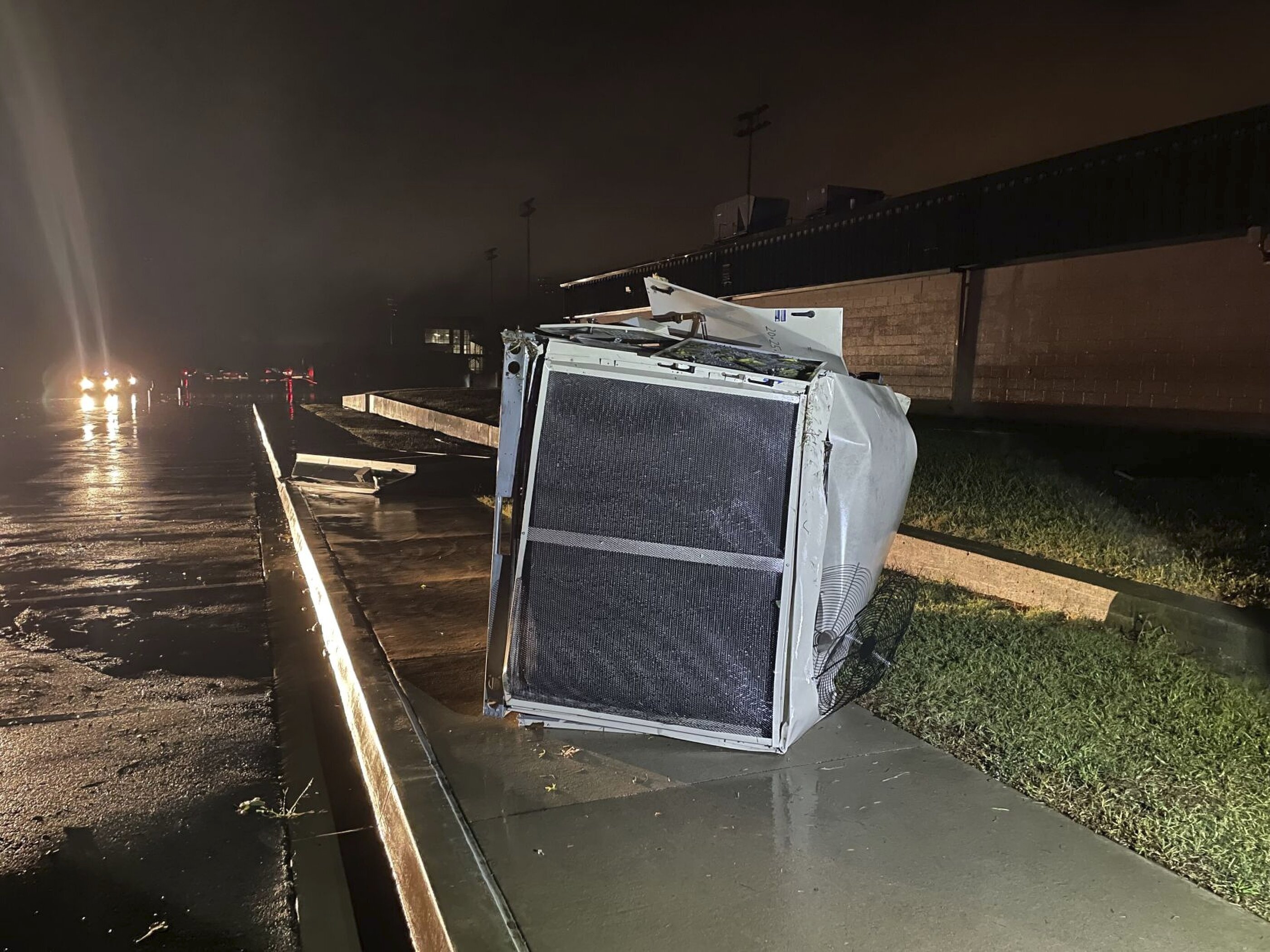