Firefighters helped rescue a large mountain lion from a tree outside a home in Southern California over the weekend, authorities said.

The homeowner spotted the wild cat on Saturday afternoon while doing yard work around the residence in Hesperia, a city in the Mojave Desert near the San Bernardino Mountains. 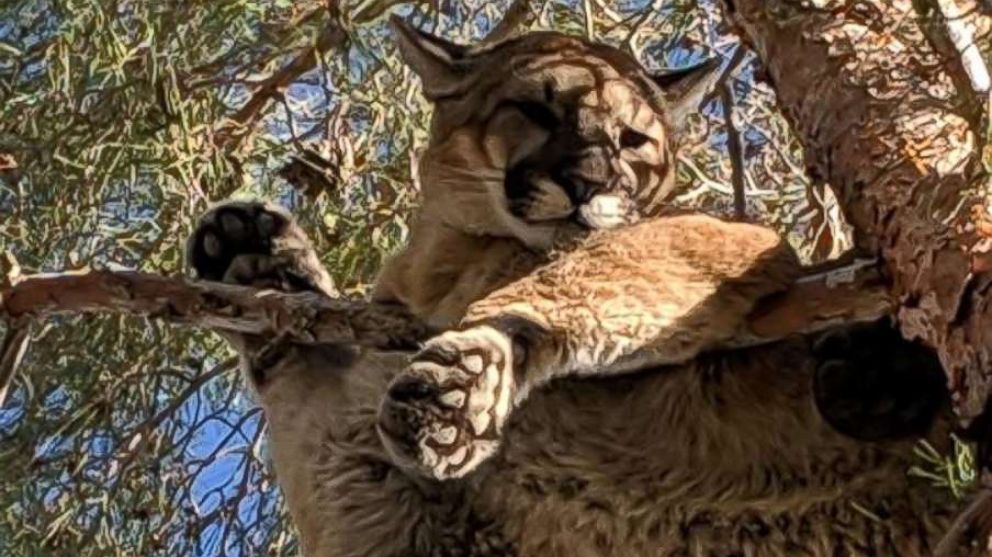 The California Department of Fish and Wildlife was called in to help devise a plan to safely extract the animal from the tree. Wildlife officials ultimately tranquilized the mountain lion, after which firefighters approached it using a tall ladder, securing it in a rescue harness before lowering it to the ground.

“It is common for young mountain lions to wander outside what some would consider normal habitat in an attempt to establish their territory,” Kevin Brennan, a biologist with the California Department of Fish and Wildlife, said in a statement Saturday. 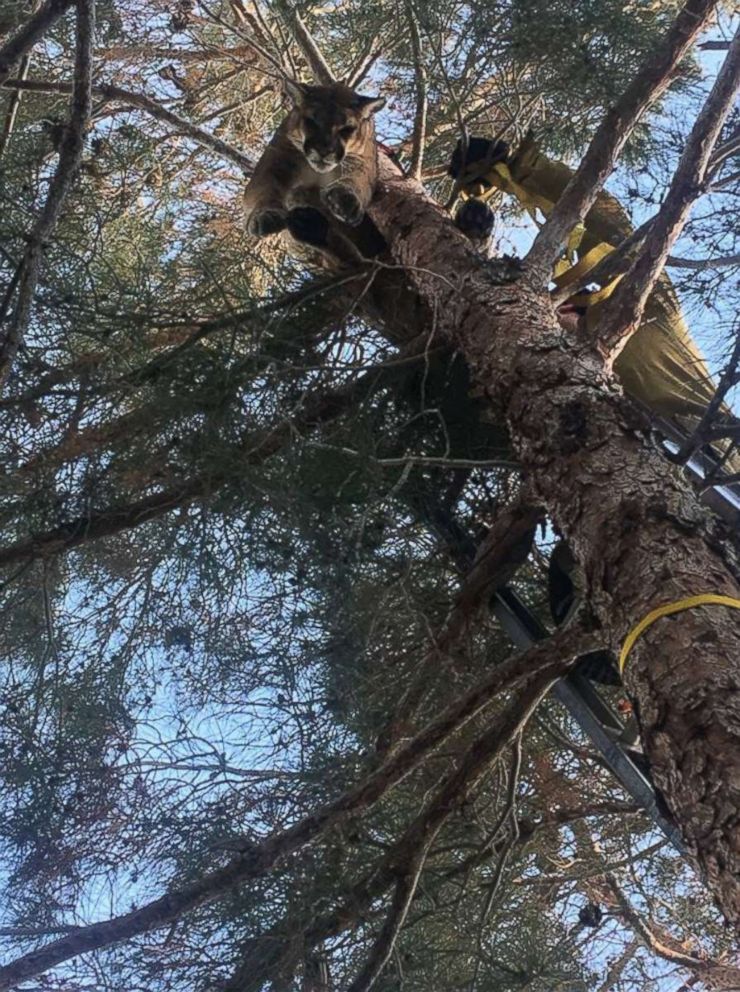 Mountain lions are quiet, solitary, elusive predators that typically avoid people, and attacks on humans are rare. But they have been known to prey on pets and livestock.

“Leaving the lion in the tree would not have been safe for the community,” Rick Fischer, a warden with the California Department of Fish and Wildlife, said in a statement Saturday. 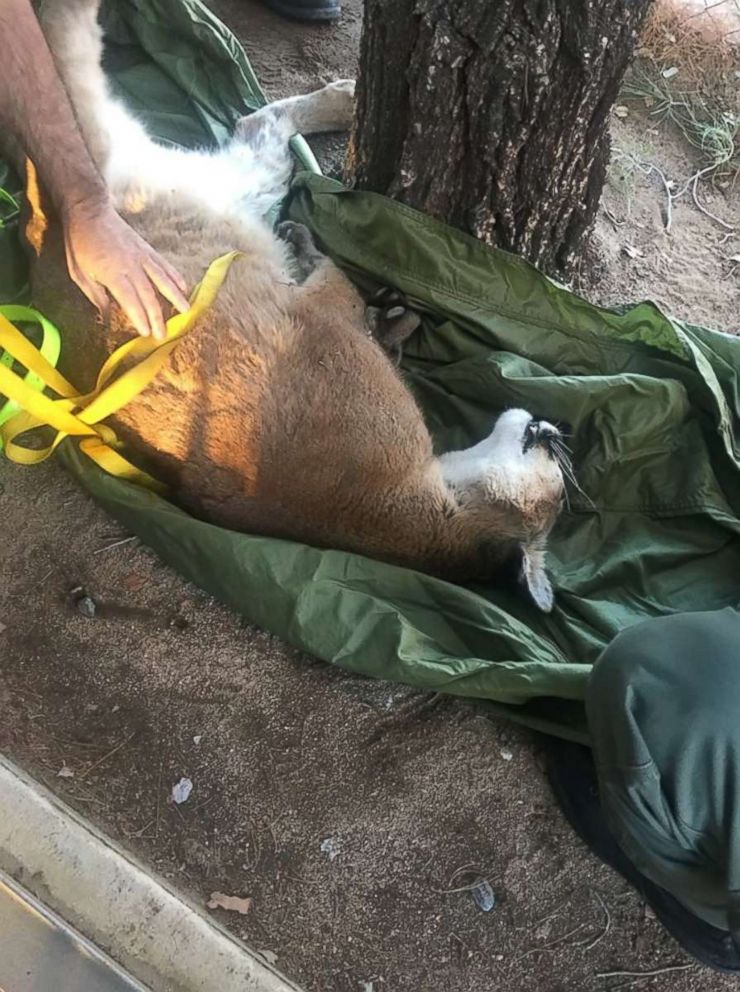 Wildlife officials later released the mountain lion back into the wild.

“Once the lion regained consciousness,” Fischer said, “we ensured he safely returned to his suitable habitat.”