Team work! Husband and wife mountain bikers hurtle over jumps and obstacles on a TANDEM

This incredible footage shows how a husband and wife navigate treacherous cliffs, steep roads and rocky paths on a tandem mountain bike.

Jackson and Rose Green live in Christchurch, New Zealand, and decided to ride tandem in 2005 when Rose wanted to take part in a famous road race around Lake Taupo in the country’s North Island.

She didn’t want to ride the entire distance on her own, however, and so enlisted her then-boyfriend Jackson to help her.

Jackson agreed and together they took part in the first of many road races before branching out into off-roading.

On their website, the husband and wife duo describe themselves as: ‘Pushing the boundaries of what two people can do on one bike.’

They have raced across New Zealand and even set a race record for tandems in the Karapoti, the longest-running mountain bike race in the country. 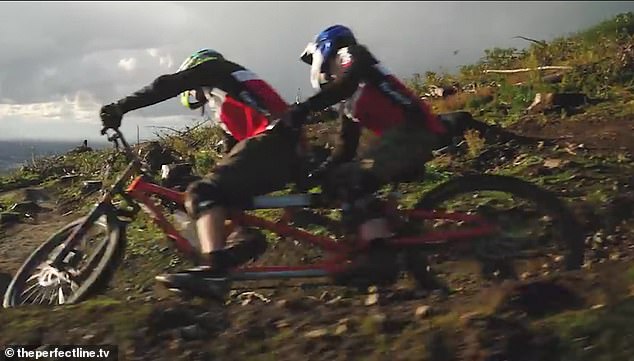 Jackson and Rose Green live in Christchurch, New Zealand, and have been riding a tandem since 2005

However, it hasn’t all been smooth riding for the tandem.

In 2009, they attended the single speed nationals event and travelled so fast that Rose was flung out of her seat and her feet were ripped out of her pedals.

This prompted Jackson to design a custom tandem bike for him and his wife and they then moved to Christchurch to continue their thrill-seeking adventures. 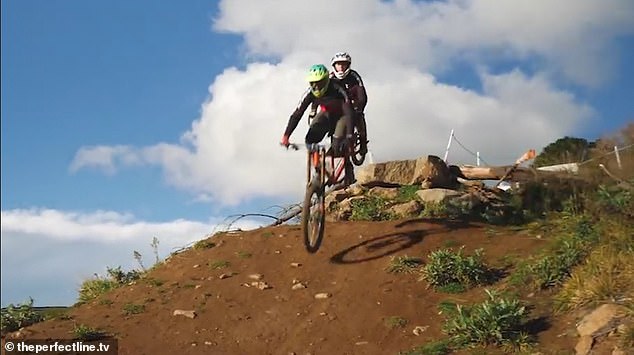 In an interview, Jackson said: ‘There are many couples who mountain bike together but few who can be as in-tune as we are.

‘We also really like being able to race without the pressure of having to beat anyone. When we come near the back then everyone says “oh well, it’s amazing they could even do it on a tandem“. And when we come closer to the front then people are still impressed.

‘Its a nice feeling.’