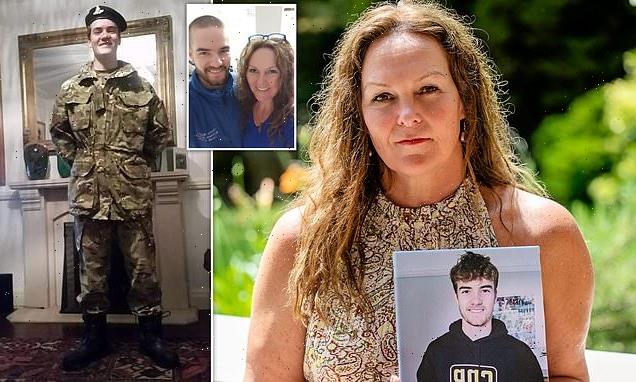 Instructors constantly mocked Connor Clark, 18, in the weeks before he was hit by a train near his base.

An official report – which has not been made public but has been seen by the Daily Mail – concluded the abuse may have led to his death last year.

The dossier, including testimonies of recruits who claimed they faced the same barrage of abusive language, has been submitted to a forthcoming inquest. 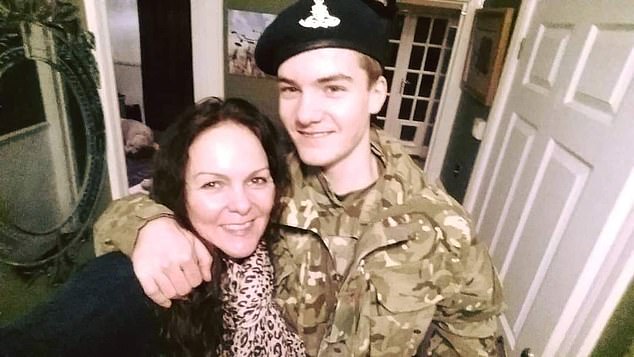 Connor Clark, pictured aged 14 in 2016 with his mother Tracey, left, complained of bullying during his Royal Marine Commando pre-selection training in June 2021 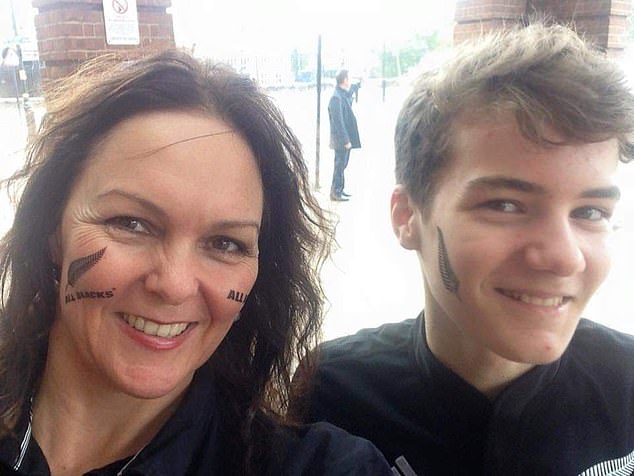 Ms Clark, pictured with Conor in Twickenham in 2011, believes the Commando trainers are responsible for her son’s death 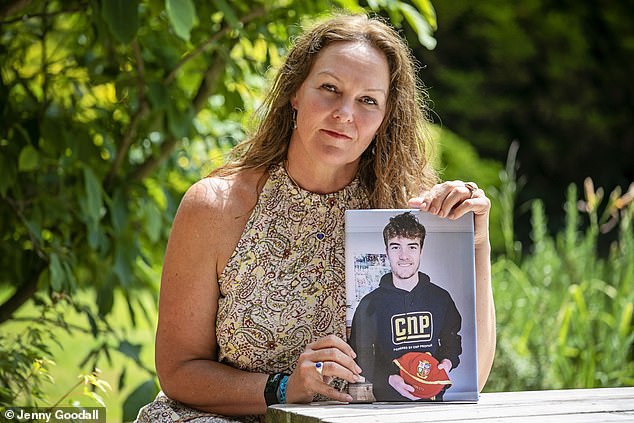 Ms Clark, pictured, claims the Royal Marines were responsible for her son’s death 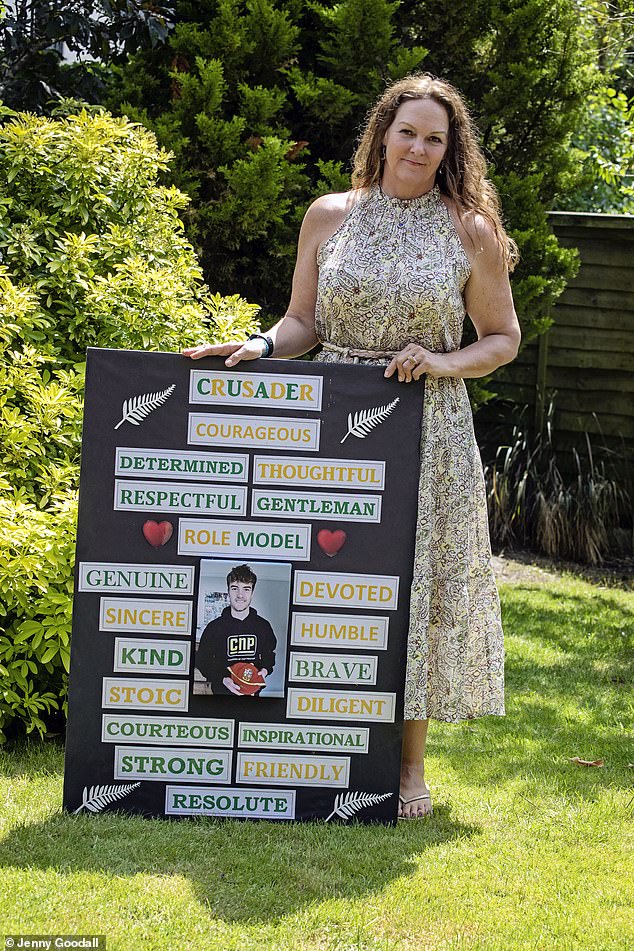 Ms Clark, pictured, believes her son would still be alive if a doctor had medically discharged him

It states: ‘The general use of foul language and unthinking comments by some instructors towards recruits was commonplace… and may have been a contributing factor in Connor’s death.’

In a note he left behind, Connor said a captain and a corporal crushed his self-esteem. He wrote: ‘I am not strong. I am weak. I am a slacker. I am slow. I am dim-witted. The captain and corporal have expressed this to me both implicitly and explicitly.’ Connor, of Norwich, died after starting a four-week course at the Commando Training Centre Royal Marines (CTCRM) in Lympstone, Devon, on May 25. The fitness and weapons course is used to select recruits for full training.

Other recruits said Connor was picked on for failing locker and kit inspections. The report describes an incident two days before his death when he self-harmed to get out of a lecture by the corporal he would mention in his note.

Connor felt this instructor disliked him, so he cut himself and went to the medical centre, where he admitted self-harming and asked three times if he could be signed off to go home. Instead, a doctor passed him as fit for training. His mother, Tracy Clark, said he arrived late for the class, adding: ‘The corporal called him a “f****** c***” for being late and a “f****** p****” for needing to go there for a “f****** scratch”.

‘That corporal should hang his head in shame. It sickens me. These instructors were to blame for my son’s death – and haven’t been disciplined, even though the Marines’ report is so damning.’

As a fit rugby player and swimmer, Connor seemed well placed to achieve his childhood dream of earning a green beret. But in less than three weeks he was having suicidal thoughts. On the morning of his death he wrote: ‘Mum, I hate myself for the pain this will cause you, but I can’t go on.

‘I thought I would be a strong, fit and dedicated recruit. But I am just the one who cuts himself to get into the medical bay.’

Miss Clark, an endurance swimming coach, has tried to investigate his death. Liaison officers who visited her home were accompanied by a lawyer who qualified answers to her questions in case they conceded legal liability for Connor’s death. 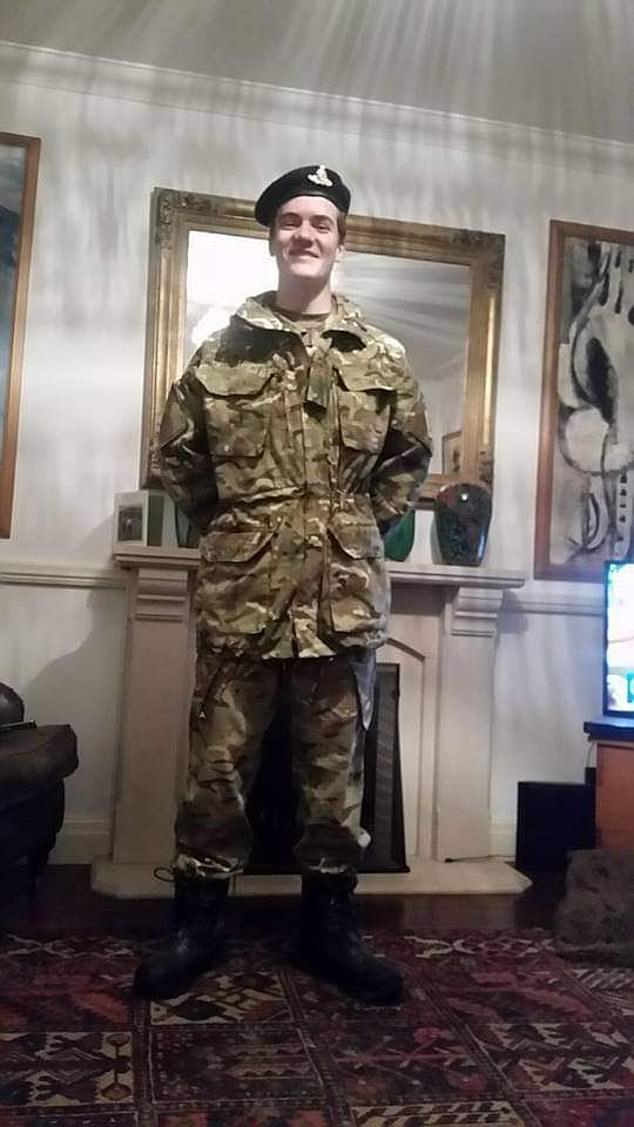 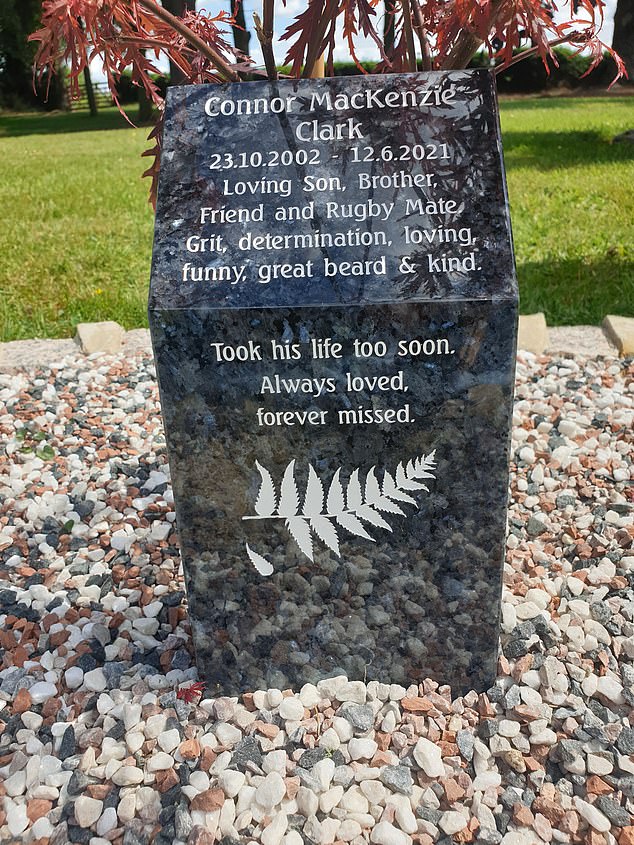 But she said the report showed how her son and others were mistreated, adding: ‘CTCRM was a culture shock. He made mistakes, but that is how we learn.

‘On the parade square, he missed a step and an instructor told him to “f*** off and go home”. If only he could have done so. He’d had six hours’ sleep in three days, so mistakes… were understandable.

‘He used to really struggle with locker inspections. I was proud of him for sticking at it, but I feel the doctor should have intervened. Connor wanted to be medically discharged as this was the only way out. Otherwise, he was trapped. It is heart-breaking the doctor turned him down.’

He reached crisis point on Friday, June 11 – the end of the third week of training. Trainees were given ‘shore leave’ in Exeter the next day. But they had to pass a locker and kit inspection.

Miss Clark said: ‘I spoke to him on the Friday evening and he said other trainees thought his locker was perfect.

‘But later he realised he couldn’t find his blank firing adaptor, a piece of metal which fitted on the end of his rifle. He was looking for it everywhere and missed a meeting at 11pm with other trainees to plan what to do while on shore leave.

‘At 0030hrs he was seen searching through bins for it. A recruit told him not to tell the captain or the corporal or everyone’s leave would be cancelled.’

Connor would be found dead the next morning.

The report into the tragedy shocked commanders into action.

Instructors had to have enhanced training, and recruits were told they could quit if they wished.

They were also given more access to their mobile phones – Connor only had his for 15 minutes a day.

The Royal Marines said: ‘We remain deeply saddened by the death of Recruit Connor Clark.’

Suicide rates across the Armed Forces are rising sharply. Connor’s death was followed in October 2021 by the suicide of Major General Matt Holmes, who shot himself after being ousted as Royal Marines Commandant General.