A mum frantically tried to save her baby after he began drowning in the bath.

Amy Rhodes discovered her 13-month-old son, Oliver Rhodes, was drowning and rushed to try and give him life-saving CPR as emergency services raced to the scene.

But tragically the youngster could not be saved at the family home in RAF Coningsby, in Lincolnshire, on June 11 this year.

Oliver was playing in the bath with his two-year-old twin siblings at the time of the accident.

Mother Amy was gone for no more than two minutes to check on laundry and could hear singing as Oliver was playing in the water with his two-year-old twin sisters.

But the panicked mum rushed in as soon as one of the toddlers shouted out.

She grabbed the baby and pulled out the bath plug before taking him downstairs so she could phone the emergency services.

Under the guidance of 999 operators, she started CPR on Oliver and medics battled to save him, but he died two days later in hospital on June 13. 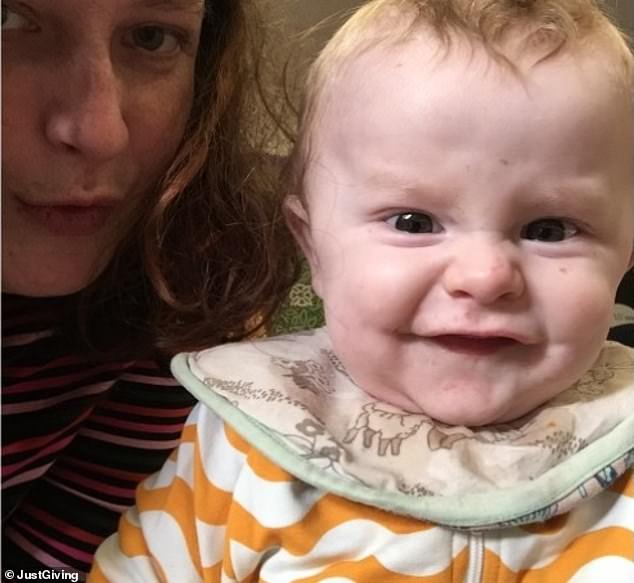 Oliver Rhodes died after drowning in the bath at his family home in RAF Coningsby, in Lincolnshire

Police investigated the incident and officers say no action will be taken.

In an incredibly touching move, Oliver’s parents decided to donate his heart, kidneys and liver in a bid to help other children in desperate need.

The extraordinary gesture was praised by Lincolnshire assistant coroner, Marianne Johnson, during an inquest into the death.

She told Boston Coroner’s Court today: ‘Oliver’s parents consented to organ donation and that is something they should take great credit for.

‘We hope that will bring life to other children. This was a tragic accident and the family will have to live with this for the rest of their lives.

‘Amy decided to give them a bath. We have heard evidence in a police interview given by Amy.

‘Mrs Rhodes states that she took the children upstairs and put them in the bath. She needed to check on the washing on the radiator.

‘She came back upstairs and the children were playing and laughing. She went to the bedroom to sort the washing.

‘While doing that she heard one of the siblings shout out. She went to the bedroom and Oliver was under water. She grabbed him and pulled the plug out of the bath.’

Mrs Rhodes, who the hearing was told had only left the children for a maximum of two minutes, called 999 and started giving her son CPR. 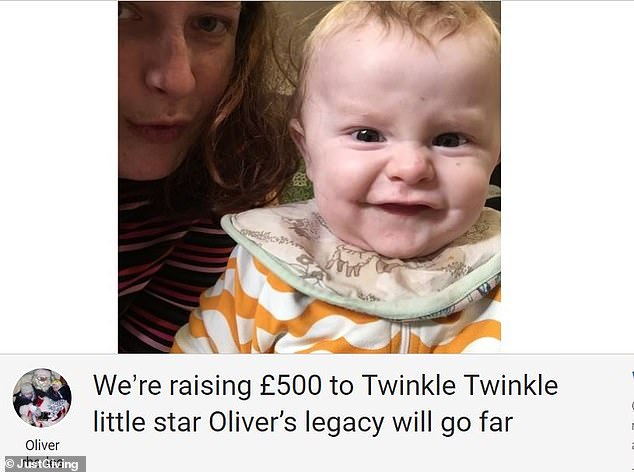 Oliver was taken to Pilgrim Hospital first and then transferred to the Queen’s Medical Centre (QMC) in Nottingham – but he could not be saved.

A JustGiving page set up to raise money for the ward he was treated in at the hospital states his organs were used to save three other patients.

DS Claire Rimmer of Lincolnshire Police, who read from a police report, said there would be no action against the family following the incident.

She said: ‘The parents showed love and care of the children.

‘[Mrs Rhodes] went to check washing and get nappies. There is evidence that she was doing this.

‘She believed he was able to support himself in the bath. She was listening out and could hear children singing. There is no evidence of any act by Amy to cause Oliver to drown.

‘A young child of that age could drown in a matter of seconds.’

Oliver died as a result of a brain injury and drowning, the inquest heard, and his death was ruled as the result of an accident.

Ms Johnson asked for condolences to be passed to the family.