‘Gobsmacked’ mother slams council after officials partner her ‘vulnerable’ autistic son, 16, with young offender while on a gardening work placement

A ‘gobsmacked’ mother has slammed council officials who tried to partner her autistic son with a convict at an educational placement.

Arlene Fairlie Bruce’s son Duncan Fairlie, 16, is one of 18 pupils from the former New School at Butterstone in Dunkeld who are waiting for alternative education provision after their school shut. 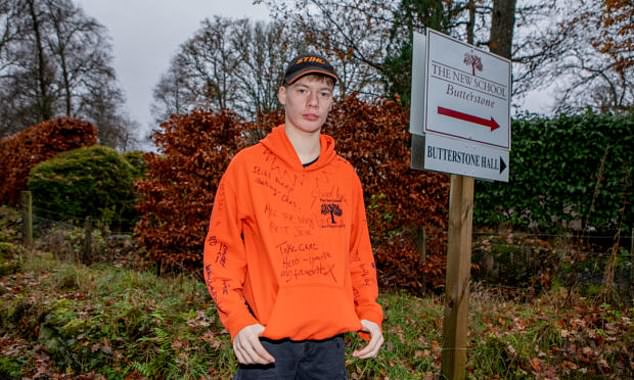 Duncan Fairlie, 16, who has autism, was offered a place at council run facility Westbank, in Perth, after The New School at Butterstone closed

Officials offered him an placement at council facility Westbank, in Perth, to occupy him while a long-term replacement for the school is found.

Arlene said she was ‘gobsmacked’ to discover this meant working next to an 18-year-old offender at the gardening facility, which has a main group of users consisting of offenders serving community-payback orders.

She said: ‘We went there and were getting shown around. I asked them who were these people and they were getting a bit shifty.

‘Then it dawned on me. These were people doing community service. I thought to myself: ‘They want to place my vulnerable son with offenders.”

She said they suggested Duncan would not share facilities with those serving payback orders but he would be paired with one other 18-year-old offender.

Arlene said: ‘They said he was quite vulnerable himself. They said he had been led astray. 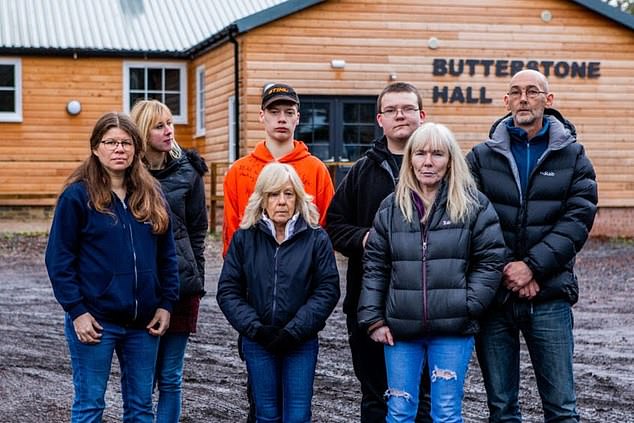 His mother Arlene Fairlie Bruce, far left, said she was ‘gobsmacked’ that her son would have been paired with a young offender while working at the gardening facility

‘But I was thinking: ‘I don’t care.’ When I walked away, I thought: ‘I can’t believe that just happened.’ I was gobsmacked.

‘They telephoned the next day and asked if I had made my decision. I said it was most definitely a no. I’m not having my son being put in the same space as offenders.’

A spokesperson for Perth and Kinross Council said staff were trying to establish education, care and support packages for those affected by the school closure.

‘Westbank is a site where partners offer a range of community learning, education and employability options.

‘It offers placements and work experience for school pupils and modern apprenticeships. The council’s unpaid work team is also based there.’