‘This is the picture of addiction… This is what happens’: Mother releases heartbreaking photo of her holding her son for the last time after he died of a fatal drug overdose

A mother has shared heartbreaking photo of her holding her son for the final time after he died of a fatal drug overdose.

Nora Sheehan, 56, lost her son Andrew Jugler, 29, after he took a deadly concoction of the xylazine and fentanyl after an eight-year battle with addiction.

Following his death in October, Ms Sheehan has released a photograph of herself beside her son for the final time to raise awareness about the opioid crisis crippling America. 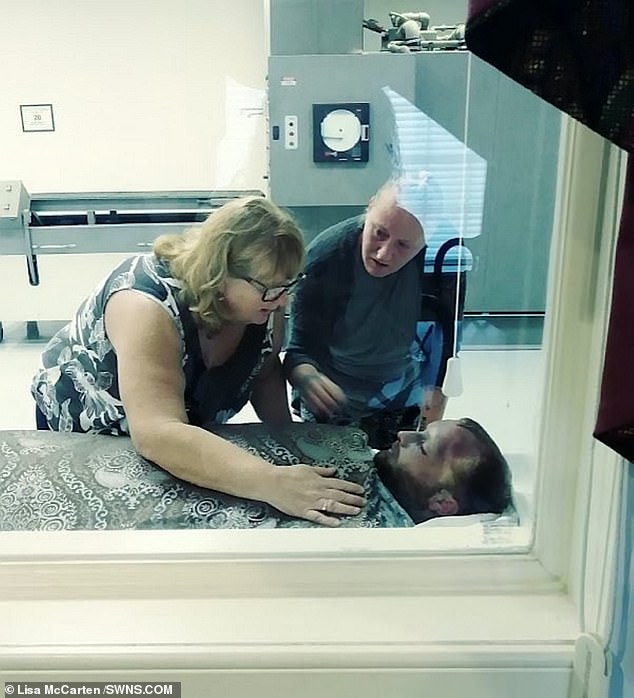 Following his death in October, Ms Sheehan has released a photograph of herself beside her son for the final time to raise awareness about the opioid crisis crippling America

She said: ‘Holding my dead son in my arms, this is the picture of addiction… This is what happens.’

Ms Sheehan, from Rehoboth Beach, Delaware, said her son’s addiction began after he started taking oxycontin painkiller in 2010, but then gradually progressed to heroin and fentanyl.

The administrative coordinator feared for her son when he joined a group living in the woods in Elkton, Mary, last summer at the height of his addiction.

She and Andrew’s two sister, Candace Jugler, 38, and Haley Jugler, 30, tried to enrol him in a rehab programme but failed. 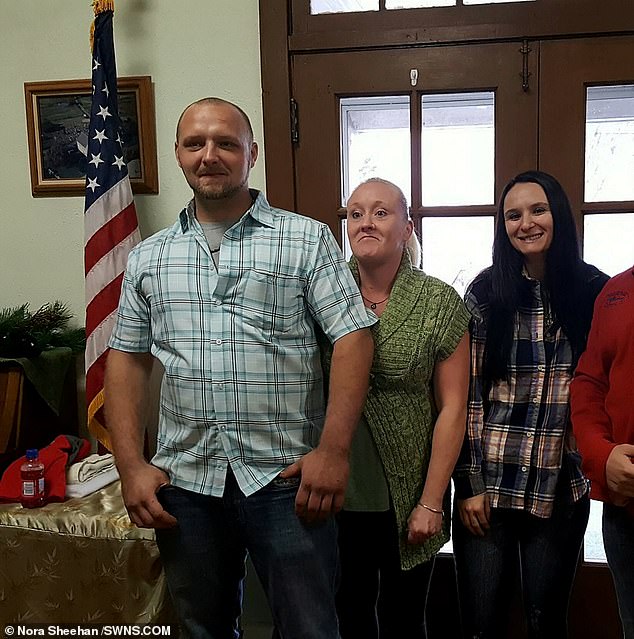 Sibling Andrew ,29, Candace, 38, and Haley Jugler, 30 (from left to right). They tried to check their brother into a detox centre but he quickly relapsed 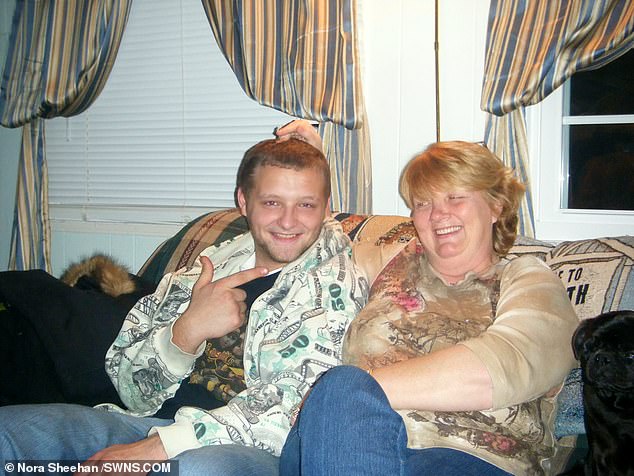 Andrew and his mother Nora Sheehan in happier times, before he was crippled by addiction

She said: ‘When he moved to the woods I asked him if I could buy him a new tent or a new sleeping bag but he refused. I begged him to come home.

‘While I was trying to drive Andrew to a detox center in September he opened the door while my car was going 60 miles per hour as if to throw himself out.

‘I stopped the car and started screaming. I asked him in that moment where he wanted to be buried.’

The 29-year-old died on October 7 but it was two days before Nora could identify her son’s body.

Ms Sheehan said: ‘I couldn’t grieve until I saw him. Until then I had been holding out hope.

Andrew Jugler (left, in happier times and right, while battling addiction) died from a fatal dose of xylazine and fentanyl

‘They told me to prepare for the smell in the room, because his body had been outside for a while in the hot weather.

‘That was the farthest thing from my mind. I wanted to hold him and hug him one last time.

‘Andrew was incredibly kind and caring. He was a self-made mechanic and so loved by all of us, by his sisters and his niece and his stepdad.’

Instead of a traditional funeral service, Nora and her family held a memorial service in his name and invited Andrew’s friends, who were battling homelessness and addiction.

She added: ‘I hope that sharing this image will impact addicts but mainly I hope the rest of us stop walking around blindly.

‘I never thought heroin and fentanyl were as prevalent in my community as they are. It’s an epidemic.’