Mother-of-two, 34, launches a High Court battle against Universal Credit and claims it discriminates against the self-employed after she was left with just £8.98 for a month’ 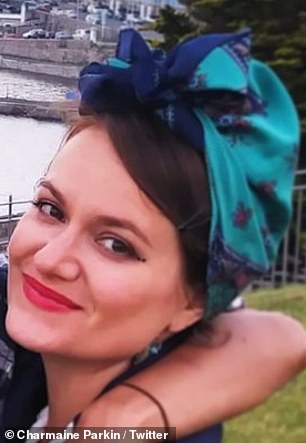 A mother-of-two has launched a High Court battle against Universal Credit after claiming she was left with less than £9 for a month.

The actress, who was forced to go to food banks to feed her children Arthur, 11, and Esme, eight, had found it difficult to find work after moving to Hove.

But her situation became worse when she split from her partner in October 2017 – which prompted a Universal Credit claim, reported the Daily Mirror.

Miss Parkin faced the Minimum Income Floor, a measure ensuring those who are self-employed cannot get more benefits than if they were on minimum wage.

Miss Parkin, of Hove, East Sussex, was forced to go to food banks to feed her children 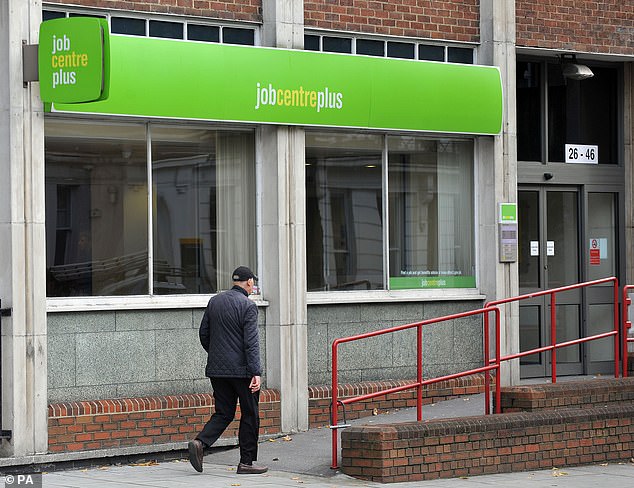 The Minimum Income Floor ensures those who are self-employed cannot get more benefits than if they were on minimum wage. Pictured: A file image of a Jobcentre in London

What is the Minimum Income Floor?

Official guidance from the Department for Work and Pensions:

‘Universal Credit includes a ‘Minimum Income Floor’ (MIF) if you are gainfully self-employed, and your business has been running for more than 12 months.

‘The MIF is an assumed level of earnings. This is based on what we would expect an employed person to receive in similar circumstances.

‘It’s calculated using the National Minimum Wage for your age group, multiplied by the number of hours you are expected to look for and be available for work.

‘It also includes a notional deduction for tax and National Insurance.

‘If your self-employed earnings are below the MIF we have calculated for you, we will use the MIF to work out your Universal Credit award instead of your actual earnings.’

This would have left her £393 a month up if she took the equivalent of jobseekers’ allowance and stopped her career, according to her lawyers Leigh Day.

It meant she would have been £393 a month better off if she quit her career and moved onto the equivalent of jobseekers’ allowance, her lawyers say.

Miss Parkin also claimed that she would have been left with £8.98 for a month’s food, travel and bills if she had paid her landlord last November.

She told the Mirror: ‘It’s scary. I don’t know how anyone less strong than me could cope with what I’ve gone through. I have had to swallow my pride a lot.’

Leigh Day claim the Minimum Income Floor is ‘unjustified discrimination’ and ‘irrational’ – and are now are applying to bring a judicial review against it.

A Department for Work and Pensions spokesman said: ‘We are unable to comment on an ongoing legal case.

‘Universal Credit strikes the balance between supporting entrepreneurship and being fair to the taxpayer by helping self-employed people during the first year while they establish their business.’

What is Universal Credit and who will be affected by the rollout?

When is it being introduced?

It is being rolled out gradually across the country, starting in pilot areas in 2013. So far, only new benefit claimants have been put onto the system. But from July 2019, around 2million people already receiving the old benefits will be moved onto UC, which is due for completion in 2023.

Who will be affected?

Among those being moved to UC will be about 1 million working families and 745,000 people unable to work because of long-term illness or disability.

Will there be a wait for payments?

UC is paid in arrears, and the first payment is not made until at least five weeks after a claim is lodged. Claimants can apply for advance payments to avoid hardship while they wait.

Why is it being introduced?

Former Work and Pensions Secretary Esther McVey said that when UC is fully rolled out, it will deliver £8 billion of benefits to the UK economy per year.