Mother-of-two, 26, high on cocaine stormed into Co-op brandishing a five-inch knife as she hunted the ex-boyfriend she said had ruined her life

A mother-of-two who was high on cocaine stormed into a Co-op brandishing a five-inch knife while chasing her ex-boyfriend who she said had ‘ruined her life’.

Laura Nicholas, 26, went into the supermarket in Leeswood, Flintshire, Wales, on April 21 this year.

Her former partner, Paul Loose, escaped from the shop but returned to attack Nicholas, kicking her to the floor and throwing things at her, reports North Wales Live.

She had told Mr Loose that he had ‘ruined her life’ as she held the blade. 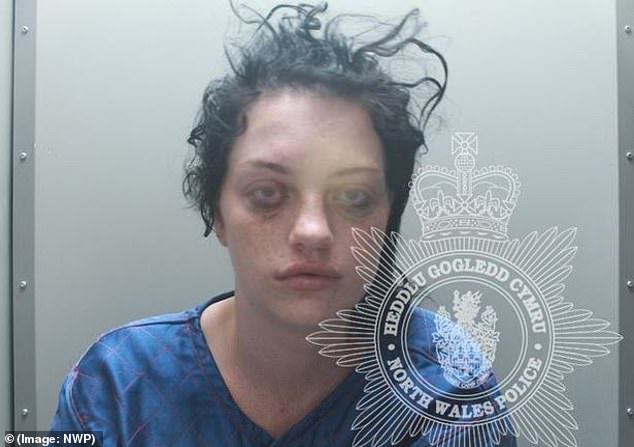 Laura Nicholas, 26, was high on cocaine when she stormed into a Co-op in Leeswood, Flintshire, Wales, while brandishing a five-inch knife earlier this year 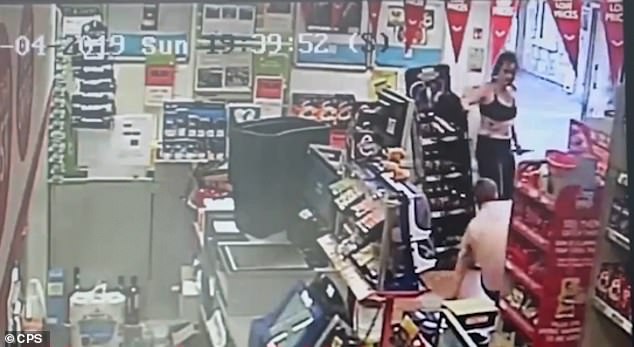 Nicholas’ blade can clearly be seen in this CCTV shot, which shows her ex-boyfriend Paul Loose on the ground in front of her

A customer managed to remove the weapon from Nicholas and she left the shop, but she soon returned and grabbed the knife again.

The store’s supervisor described her as behaving like a ‘caged animal’, and said it had left customers cowering in fear.

Mold Crown Court heard the supervisor had been forced to take time off work and had struggled to sleep after the terrifying incident.

Defence barrister Andrew Green said she took responsibility for the shocking incident, and that it had been caused by her abusing alcohol and drugs during a ‘chaotic period in her life’.

Judge Rowlands handed her a 16-month prison sentence, and a three-year restraining order.

Nicholas has two children, nine and four, who have been taken away from her care.

She was previously given a 12-month community order for assaulting two police officers last year. 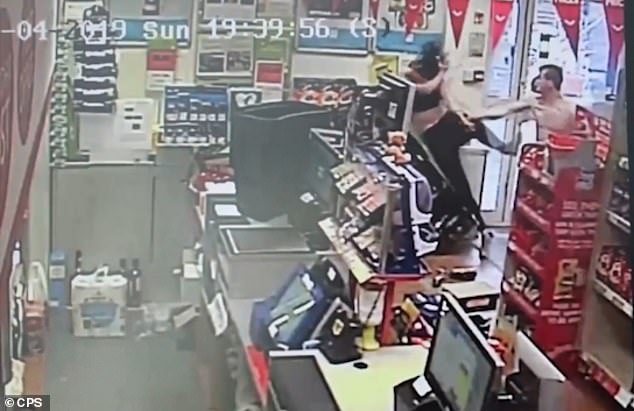