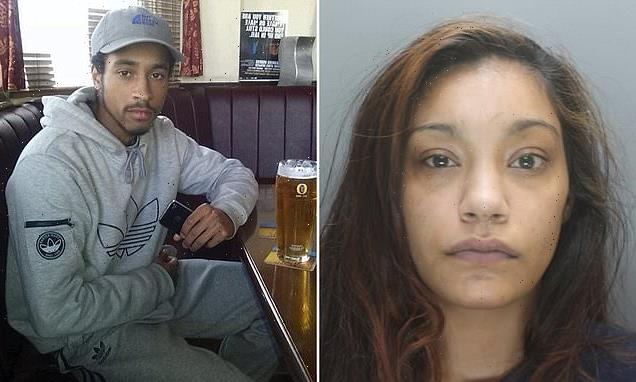 Mother-of-two, 28, has murder conviction for stabbing her boyfriend through the heart reduced to manslaughter after new evidence showed he had grabbed her by the throat

A mother-of-two sent down for murder after stabbing her boyfriend through the heart has had her conviction reduced to manslaughter after new evidence showed he grabbed her by the throat.

Farieissia Martin, 28, had accepted using a kitchen knife to attack childhood sweetheart Kyle Farrell in a drunken row at their home in Dingle, Liverpool, in November 2014.

She claimed to have acted in self-defence against the 21-year-old and denied his murder, but was found guilty after a trial in June 2015 and jailed for life with a minimum of 13 years.

Martin tried to appeal against her conviction and won the first stage of the process in December 2019, having it quashed 12 months later.

New evidence has since come to light which backs up her claim that Mr Farrell grabbed her by the throat and prosecutors have now accepted a plea to the lesser offence.

Dr David Rouse had looked at photos and observed: ‘The presence of bruising to the neck and a linear mark are consistent with an episode of gripping of the neck’, the Liverpool Echo reports.

The photos have only recently emerged but were taken in custody after her arrest, more than three and a half hours before she was photographed during a nurse’s examination.

Doctors concluded there were tiny bruises which could be seen on her neck, which were in ‘contrast’ to the evidence taken from the subsequent exam, the court was told.

High Court judge Mr Justice Dove said: ‘Clearly the new material which has emerged puts a new light on the circumstances of what may have happened on the evening in question.’ 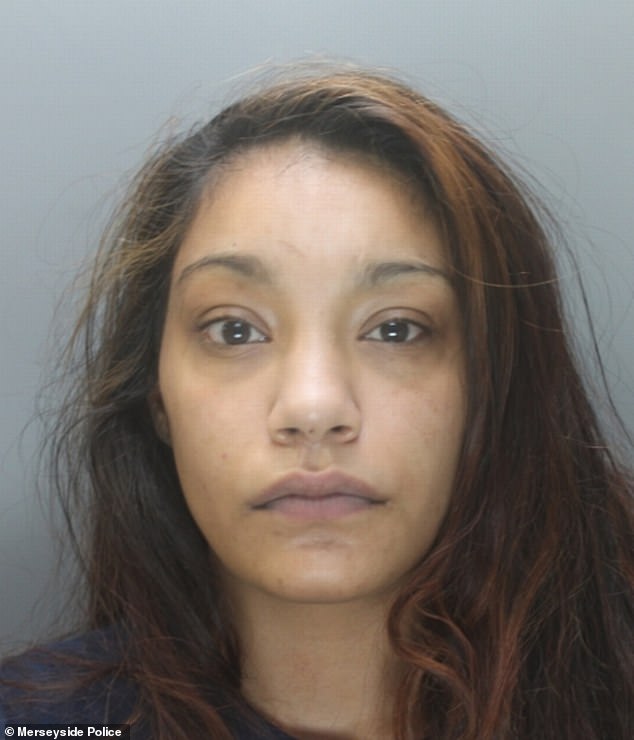 Farieissia Martin, 28, had accepted using a kitchen knife to attack childhood sweetheart Kyle Farrell in a drunken row at their home in Dingle, Liverpool, in November 2014

‘I would endorse the decision that has been reached.’

The court was told in 2015 how Martin had returned to her flat at 4.30am in a drunken state after drinking half a bottle of brandy at a friend’s house.

Her late arrival sparked an argument with Mr Farrell, who had been looking after their two children while she was out.

He accused her of seeing other men, demanding to see her phone – and as the furious row ensued Martin grabbed a kitchen knife and plunged it into his chest.

Initially Martin falsely claimed her boyfriend – who was a defender for an amateur league football team – had been knifed to death by an intruder, but later claimed she stabbed him in self-defence.

A jury rejected her account of the incident in 2015 and found her guilty of murder, before the conviction was later quashed.

The court heard the couple were childhood sweethearts after meeting at St Silas Primary School in Liverpool.

But they had a turbulent relationship with Martin having previously accused Mr Farrell of having affairs with other women and even fathering a child by one of them.

She admitted their rows would regularly become violent – and she often refused to stay in the house with the children.

Just 24 hours before his death, Mr Farrell sent text messages to his girlfriend threatening to smash her TV and bed after she went shopping and left him at home.

The couple made up with each other but the next day, on November 21 last year, she decided to go to a friend’s house for drinks.

A taxi driver taking Martin home in the early hours heard her arguing on the phone with Mr Farrell and when she got in, a neighbour heard the couple rowing – and then the killer screaming and shouting about stabbing her partner.

The neighbour dashed round to find the living room floor covered in blood with Martin leaning over her boyfriend and holding his head in her hands.

A wall-mounted TV had been moved and money was scattered on the floor.

As police and paramedics were called to the scene, Martin claimed she had found her boyfriend fatally wounded and suggested the murder weapon had been dumped in a nearby wheelie bin. 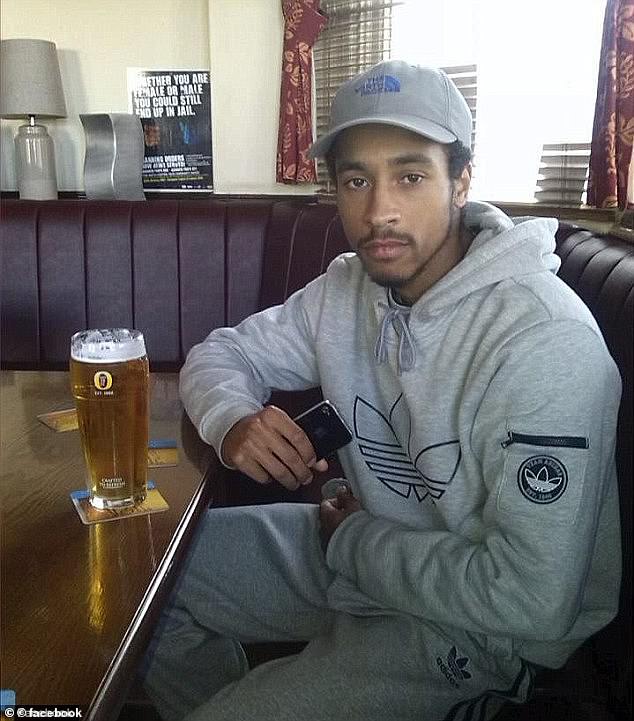 Mr Unsworth QC said in 2015: ‘For hours, she gave a wholly dishonest account involving Kyle Farrell being attacked by an unknown intruder who had come into the house shortly after she had arrived home.

‘The reality was rather different. Despite repeated denials over a period of time, she eventually admitted that it was she who had stabbed him.’

‘This is, on any view, a sad case. A young mother finds herself in the dock and her partner has died at her hands.

‘In drink, she armed herself with a knife, stabbed her partner and then tried to pretend it wasn’t her.’

A pathologist said the stab wound was 9cm deep and in keeping with ‘a deliberate thrusting type motion’.

Martin later said the couple had an argument and he grabbed her by the throat in the kitchen.

She said she grabbed a knife and warned him she would stab him. She claimed he dared her to do it and when he moved near to her, the knife penetrated his chest.

She also said that Mr Farrell often displayed violent behaviour during their relationship – kicking her front door panel, throwing chairs, tables and a frying pan at walls and kicking in the back door of her home.

She said he had cheated on her whilst she was pregnant with their second child adding: ‘I asked him to swear down on our kids’ lives and he never.

‘Then he admitted it. I was heartbroken. We did everything together. I never stopped loving him.’

Martin said she became pregnant for a third time but they were not happy and she had a termination.

She added: ‘He would throw it in my face. It always boiled down to him having a baby with someone else. I would say ‘go and see your son’ and he said ‘I haven’t got a son, you killed my son’.

‘That night I hit him but I was trying to stop him from hitting me. I never stopped loving him.’

She said during the fatal row Mr Farrell ‘ragged’ his PlayStation wires out of a TV and demanded to see her phone, which he then smashed.

The row continued into the kitchen, where, Martin claimed: ‘He grabbed me by the throat. He was choking me. He was pressing on my voice box. He was just screaming at me. I was trying to get him off me. I couldn’t say anything.’

She said he let go and she reached for a knife and held it in front of her.

Martin who denied murder said: ‘I was telling him to stop it or I would stab him. He was screaming ‘go on, go for it’. He was screaming, coming at me. I don’t know what happened. I just remember him shouting ‘you’ve stabbed me’. I didn’t go to stab him.’

In a statement Mr Farrell’s family said: ‘Kyle was a devoted father, loving son, he will be missed by all the family and friends. He loved his football and music and loved his mum dearly.’

Steve English, manager of Wirral’s Kent FC Sunday league team, which Mr Farrell played for as a defender, said: ‘I am lost for words – it’s just shocking really. It seems so surreal because it’s Kyle.

‘He was a brilliant kid. As a person he was quiet but he was loved by everybody. He was a family man with two kids – football was his release.’