SHOPPERS at Morrison’s were baffled when staff appeared to “reduce” a £3 block of cheese to £62.57.

The “Old Amsterdam” cheese, priced at £3.42, was apparently placed on a shelf with other deals in the store because of its “best before” date. 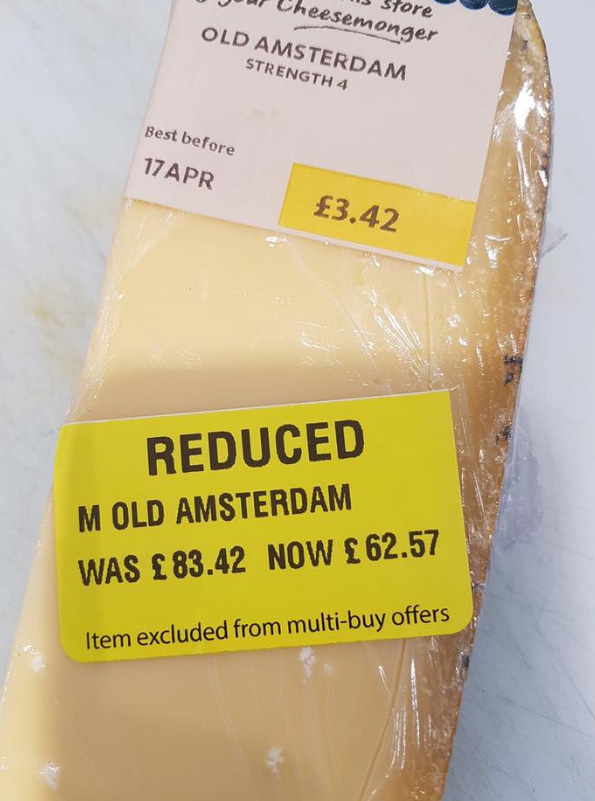 On Wednesday, a giant yellow sticker suggested its original price was £83.42 – £80 more than what it should have cost.

The hilarious picture was posted to Facebook site “Extreme Bargain Hunters” and the image has attracted a number of comments online.

It is not known where the picture was taken but the photograph was uploaded with the caption “Only at Morrison’s”.

Last week, The Sun Online revealed how Iceland shoppers were left puzzled after noticing a bizarre two for £2 offer – on £1 treats.

The store in Altrincham, Greater Manchester, was offering "any two" £1 Mr Kipling Lemon Bakewells or Chocolate Whirls for £2.