CUCUTA, Colombia (Reuters) – A U.S. military transport plane carrying humanitarian aid meant for Venezuelans landed in the Colombian border city of Cucuta on Saturday, where food and medicine is being stored amidst uncertainty over how and where aid will be distributed. 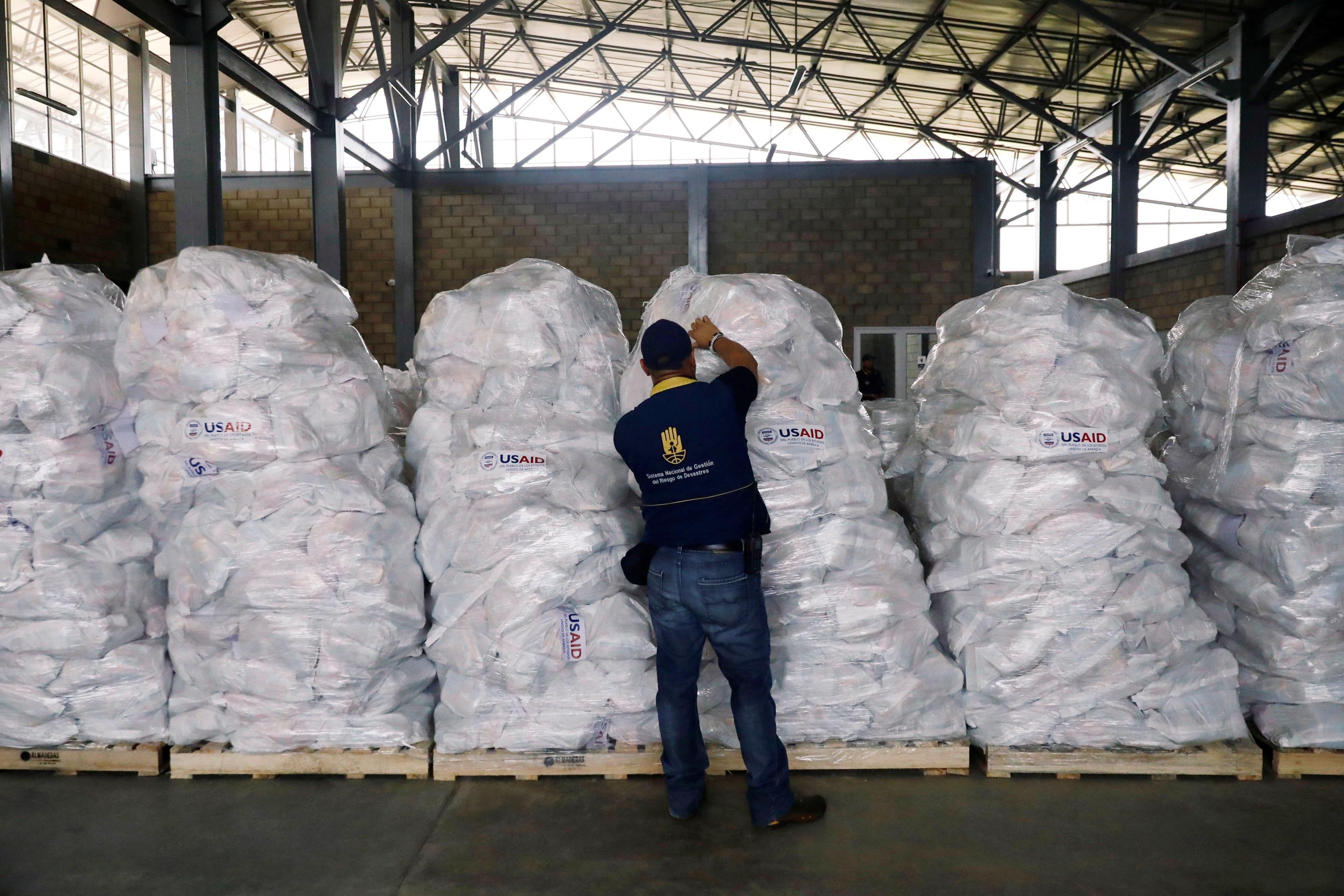 The shipment will be the second arrival of large-scale U.S. and international aid for Venezuelans, many of whom have scant access to food and medicine, since opposition leader Juan Guaido declared himself interim president in defiance of socialist President Nicolas Maduro.

Guaido, who invoked constitutional provisions to declare himself the country’s leader last month, arguing Maduro’s 2018 re-election was a sham, has said aid will enter Venezuela on Feb. 23.

But it remains unclear whether Maduro, who has called the aid a U.S.-orchestrated show and denies any crisis, will allow the supplies to cross into Venezuela.

Speaking in Caracas to supporters who had volunteered to help with the aid effort, Guaido said he would announce further details on Monday about how he planned to get aid into the country from Colombia, Brazil and Curacao despite Maduro’s opposition.

“We will organize ourselves into brigades,” Guaido said, calling on the military to allow the aid through. “The message we have to get through to the armed forces is that they have one week to do the right thing. Will you be on the side of your family and your people, or of the usurper who keeps lying?”

A U.S. official told Reuters the aid delivered Saturday amounted to more than 200 tonnes, but a U.S. embassy representative said they had no measurements of the shipment.

Colombia, whose President Ivan Duque refers to Maduro as a dictator, has said repeatedly that aid will not be distributed within its territory.

Most Western countries and many of Venezuela’s neighbors have recognized Guaido as the legitimate head of state, while Maduro retains the backing of Russia and China and control of Venezuelan state institutions including the military.

The aid will “provide relief to tens of thousands of Venezuelans who are suffering from severe shortages of food and medicine caused by the mismanagement of the illegitimate Maduro regime,” the U.S. embassy said in a statement.

The supplies, including hygiene kits and special products meant for children suffering malnutrition, will arrive from an air force base in Florida aboard C-17 military cargo planes.

Additional aid flights will take place over the coming days, the statement added, and medical supplies and pharmaceuticals meant for use in hospitals will arrive early next week.

The first aid shipment, which included basic foodstuffs and medical supplies, arrived Feb. 8 and is being stored in a Cucuta warehouse.

Two bridges outside Cucuta which mark the border between the two countries were open as normal on Saturday. A road bridge outside Tienditas, Venezuela, which has never been used, remains blocked on the Venezuelan side by shipping containers.

Medical patients were expected hold a protest in Tienditas calling for aid to be allowed in, while Venezuela government supporters nearby were planning a “hug-a-thon” in protest of “American interventionism”.