New York: More than 150 women and girls have sought treatment in the past 12 days for rape and other acts of sexual violence near Bentiu, the second largest city in South Sudan, UN officials say.

A joint statement from the UN humanitarian chief and the heads of the UN children's agency UNICEF and the UN population agency condemned the "abhorrent attacks."

They said that "the assailants have been described as armed men, many in uniform." 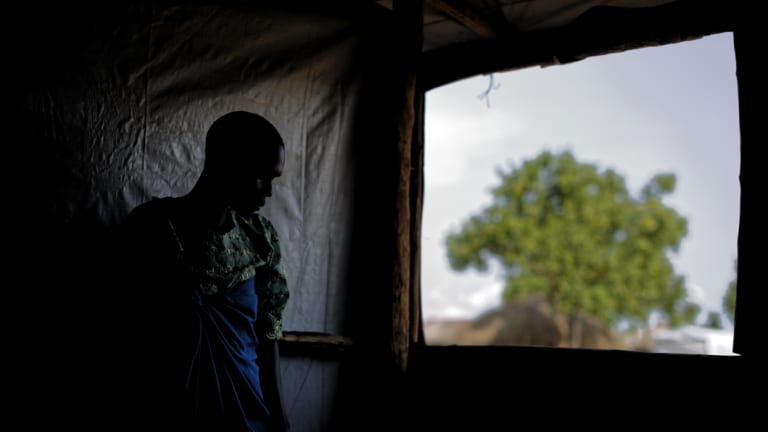 A South Sudanese refugee and 32-year-old mother, who said she was raped for several days by a group of soldiers before she was allowed to leave in 2017.Credit:AP

"These horrific acts are a distressing reminder of how, despite recent recommitments by South Sudan's leaders to a cessation of hostilities and a revitalised peace agreement, the security situation for civilians remains dire, especially for women and children," the statement said.

Women who fled fighting in nearby Leer in recent months, queue for food aid at a food distribution made by the World Food Program in Bentiu in 2016.Credit:AP

In the first half of 2018, they said, some 2300 cases of gender-based violence were reported to medical and aid groups in South Sudan, the vast majority perpetrated against women and girls and over 20 per cent against children.

"The actual number of cases is far higher, as gender-based violence continues to be severely under-reported," the UN officials said.

"Humanitarian workers are providing critical, life-saving assistance and services to the survivors of the attacks," they said. "We call on the authorities to ensure the protection and safety of both civilians and aid workers, to ensure that further such horrendous violations are prevented and that assistance reaches those in need."

Humanitarian workers have warned of higher rates of sexual assault as growing numbers of desperate people try to reach aid.

Doctors Without Borders has Saturday the "dramatic increase" in sexual violence occurred as the women and girls walked to a food distribution site in Bentiu in Unity state.

They were robbed of clothing and shoes, and even their ration cards for food distribution were seized and destroyed, the group said.

Ruth Okello, a midwife with Doctors Without Borders who treated some of the survivors, called what happened "indescribable" and said those targeted include pregnant and elderly women and girls as young as 10.

Before the latest attacks, the medical charity said its Bentiu clinic treated 104 survivors of sexual assault in the first 10 months of this year. 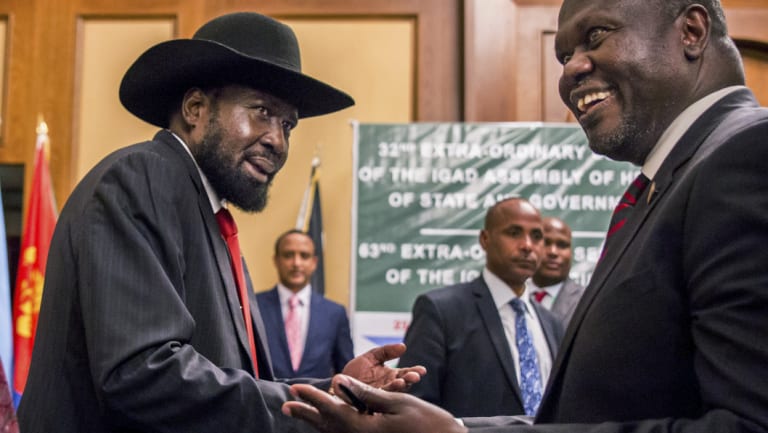 There were high hopes that South Sudan would have peace and stability after its independence from neighbouring Sudan in 2011. But it plunged into ethnic violence in December 2013 when forces loyal to President Salva Kiir, a Dinka, started battling those loyal to Riek Machar, his former vice president who is a Nuer.

Sexual violence has been widespread in the country's civil war.

A peace deal signed in August 2015 didn't stop the fighting, and neither did cessation of hostilities agreement in December 2017 and a declaration on June 27. A September 12 power-sharing agreement signed in neighbouring Sudan has so far been fraught with delays, missed deadlines and continued fighting in parts of the country.

The conflict has killed tens of thousands of people and forced over 4 million to flee their homes – more than 1.8 million of them leaving the country in what has become one of the world's fastest-growing refugee crises.

A UN panel of experts circulated a report last week saying that the UN peacekeeping mission in South Sudan and UN human rights experts recently "corroborated accounts by victims and witnesses of women and girls as young as 12 years having been abducted by opposition forces and paraded for commanders to choose as 'wives'."

Three of Machar's commanders in charge of forces committing the offences have been identified, the panel said. They were not named.