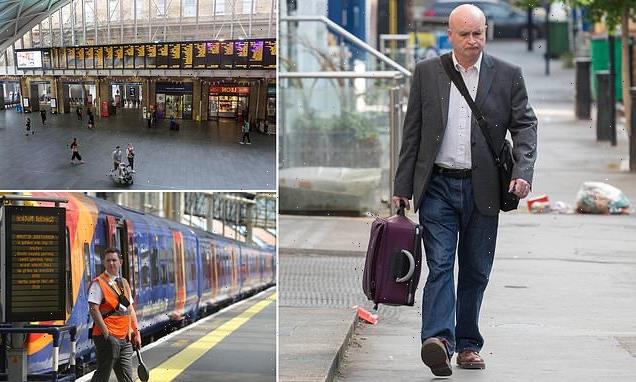 Ready for ANOTHER day of train chaos? Militant Mick plots a weekend of misery with a third rail strike TODAY as 24-hour walkout is set to ruin trips to the seaside for thousands

Mick Lynch is plotting to bring Britain to its knees again today as more than 50,000 rail workers go on strike in a bitter dispute over pay.

Only one fifth of services will run with half of lines being closed, causing misery for thousands set to go on seaside trips over the hot and sunny weekend.

This is the third time members of the Rail, Maritime and Transport union (RMT) are walking-out  this week, with firebrand general secretary Lynch demanding that Transport Secretary Grant Shapps ‘get round the negotiating table’. 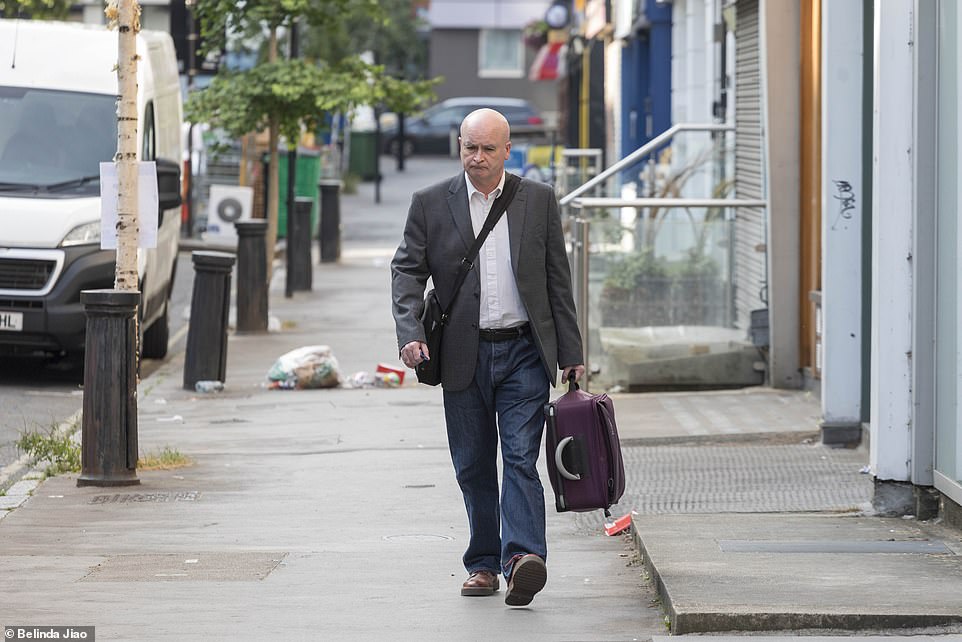 ‘Grant Shapps needs to get in the room or get out of the way so we can negotiate with these companies who we have successfully struck dozens of deals with previously,’ demanded RMT general secretary Nich Lynch 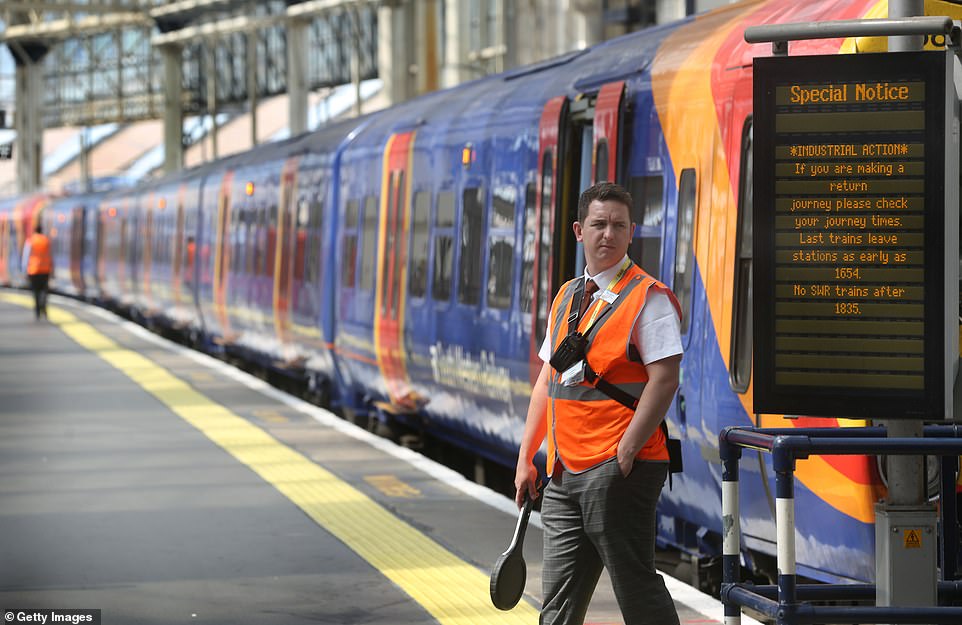 Operators are telling passengers they should only travel by train if necessary and to check their journey in advance.

Many seaside resorts will have no services on Saturday, including Bournemouth, Dorset; Blackpool, Lancashire; Margate, Kent; Llandudno, North Wales; and Skegness, Lincolnshire. Cornwall will also have no trains.

Services will primarily be restricted to main lines, but even those will only be open between 7.30am and 6.30pm. Disruption will continue into Sunday.

Steve Montgomery, who chairs the Rail Delivery Group, which represents operators, said: ‘We are very disappointed that the RMT union leadership has chosen to take action which will severely inconvenience the millions of people who had plans over the weekend.

‘While we are doing our best to minimise disruption to passengers, our advice is to only travel if it is necessary, and if you are going to travel, please plan ahead.’

Network Rail chief executive Andrew Haines said: ‘Unfortunately, the RMT’s decision to carry out another day of needless and premature strike action means our passengers will suffer again on Saturday.

‘A fraction of trains will run compared to a usual Saturday service, with trains starting later in the morning and finishing much earlier in the evening.

‘I am really sorry to our passengers for the inevitable disruption to their journeys and their weekend.

‘We remain at the table and ready for talks, day or night, and will do everything we can to avoid further disruption for our passengers.’

This week’s strikes are estimated to have cost the rail industry up to £150 million in lost revenue and the consequences of aborting planned upgrade work.

RMT general secretary Mick Lynch said its members are ‘standing up for all working people trying to get a pay rise and some job security’.

He continued: ‘In a modern economy, workers need to be properly rewarded for their work, enjoy good conditions and have the peace of mind that their job will not be taken away from them.

‘(Transport Secretary) Grant Shapps needs to get in the room or get out of the way so we can negotiate with these companies who we have successfully struck dozens of deals with previously.

‘What we cannot accept is thousands of railway workers being thrown on the scrapheap after being praised as heroes during Covid.

‘RMT will continue its industrial campaign until a negotiated settlement is reached.’

Mr Shapps said while the strikes were hitting some people at the ‘worst possible time’, this week had also shown they were not as effective a tool for the unions as they once were.

‘Despite what the RMT may claim, we have not seen the level of overcrowding on buses or heavy congestion on roads some feared because the world has changed and many more people can now work from home,’ he said.

Talks between the RMT and rail employers have been held throughout this week and are expected to resume in the next few days.