This is the moment a monkey performed an acrobatic takedown on a man who had chased away its mates with a brick.

A video showed the man picking up stones and trying to hit the monkeys which were running around in Hathras district in northern India’s Uttar Pradesh on Thursday.

But while most of the pack ran away, one climbed up a building and launched an attack from above, knocking the man to the ground and tearing his t-shirt.

The monkey’s manoeuvre looked like a version of the stunner – a finishing move used by WWE legend Stone Cold Steve Austin.

A local source said: ‘The animal later fled from the place after the attack.’ 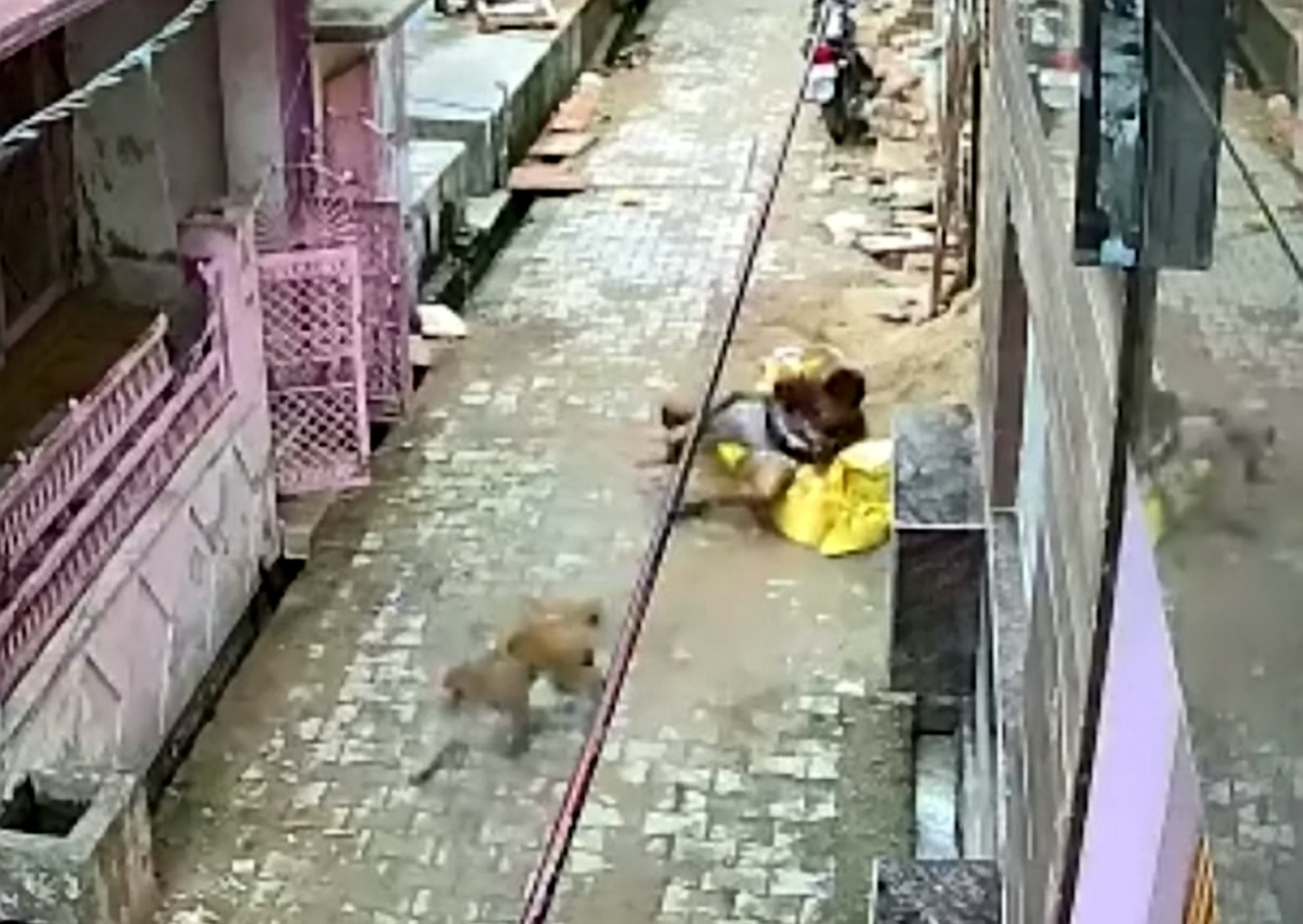 There has been a number of violent incidents between monkeys and humans this summer.

In June, a one-month-old baby boy died from injuries after a group of monkeys apparently kidnapped him from his mum’s arms.

Shayima Said’s son Luhaiba was grabbed by a gang of monkeys in the village of Mwamgongo, in western Tanzania.

She screamed for help and a group of villagers rushed to try and get Luhaiba back.

They ‘used force’ against the monkeys and Luhaiba got hurt on his head and his neck, The Citizen reported.

The villagers eventually rescued Luhaiba and he was taken into emergency care but later died from his injuries.

In July, a four-month-old baby also died after allegedly being snatched from his parents and thrown off a building in India.

His father, Nirdesh Upadhyay, had carried the infant out onto his third-floor roof terrace, accompanied by his wife, after a power cut at their home in Bareilly, Uttar Pradesh state.

The gang of monkeys then jumped over from another room and surrounded the family, according to local reports.

They attempted to run inside but one of the animals lunged towards the child and grabbed him before throwing him from the roof, killing him immediately.

There were also reports that residents of Yamaguchi, in Japan, were warned to look out for vicious monkeys targeting babies and the elderly.

The incidents, involving 58 people since July 8, forced the south western citiy to bring in the services of a special unit hunting the animals with tranquiliser guns.

The monkeys were said to be biting and clawing at flesh, snatching babies and sneaking into nursery schools.

No one was seriously injured but at least one monkey was put to death.

Get in touch with our news team by emailing us at [email protected]For more stories like this, check our news page.