THIS is the moment a waiter smashed his teeth on a concrete bollard after jumping on a water bag on his last day of work.

Kyle Broadhurst's epic fall was caught on camera earlier this month as he celebrated his final day at work in Port Seton, East Lothian. 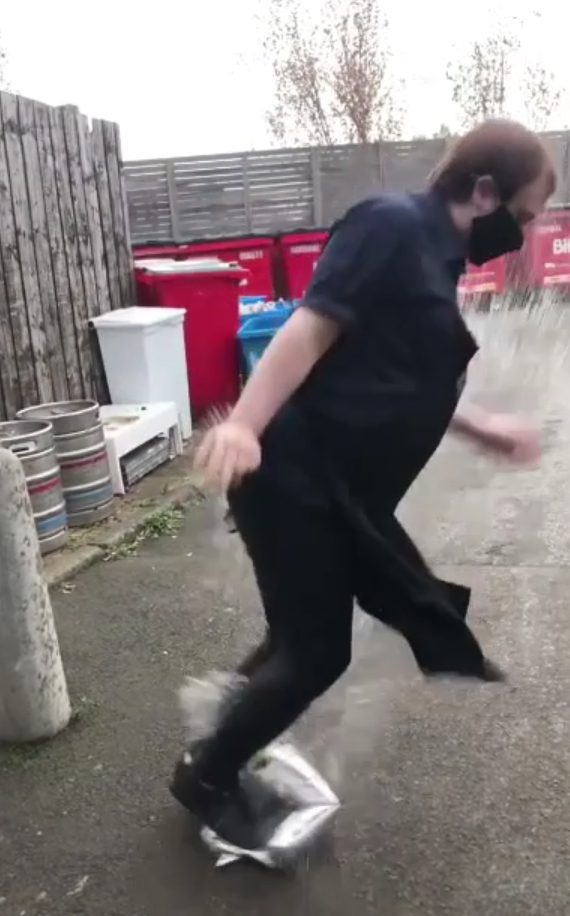 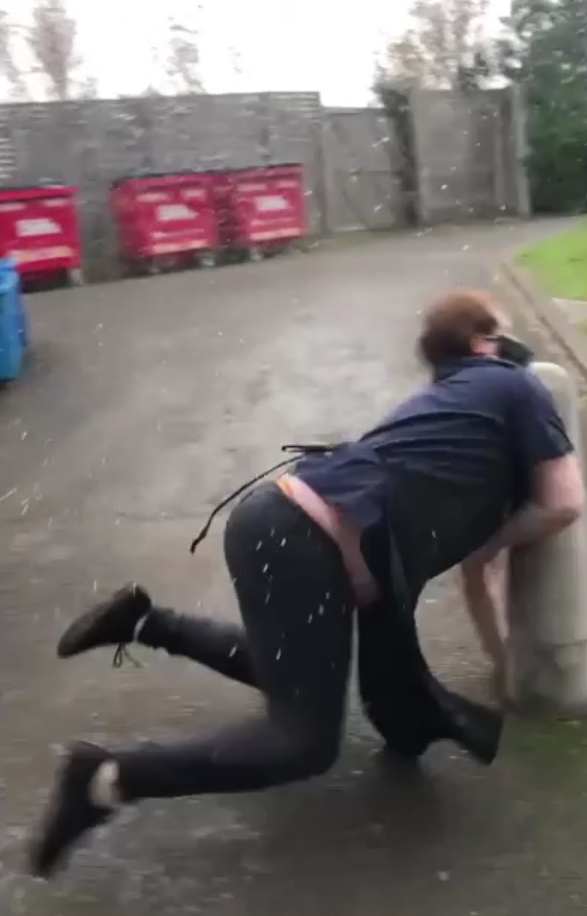 The 22-year-old was messing around and decided to carry out a long-term dream of jumping on one the padded bags when disaster struck.

In the video, Kyle is seen tentatively getting ready to hop onto the bag while being filmed by his former colleague, Ffion Wynne.

He makes a huge jump, before landing on the packaging which burst beneath him.

Just as the bag pops, it slips away from under him and he is sent crashing towards a nearby bollard.

He lets out a yell and smacks his face directly into the concrete.

Despite the impact, he can be heard bursting into laughter as he rolls away from the post.

Surprisingly, Kyle walked away from the incident almost completely unscathed, getting away with just a small bruise and a sore finger.

He said: “It actually wasn’t that sore, I got up and was totally chill, but then after I really needed an ice pack and it was funny because I was still on shift at the time.

“I just took a face to concrete and was absolutely fine, although I had pain in my knee, finger and chin but other than that I was fine. The only mark was a small bruise on my knee.

“I just really wanted to jump on the bag, there was no long thought process behind it. "

Kyle’s workmate Ffion Wynne shared the video on Facebook writing: “Kyle Broadhurst’s last day in work a one to remember!

Social media users have reacted with amusement to the video, but expressed sympathy with the epic fail.

Francesca Rose said: “Na I literally felt that in my teeth.”

And Brandon Wilkinson wrote: “Look at that face plant into the post.” 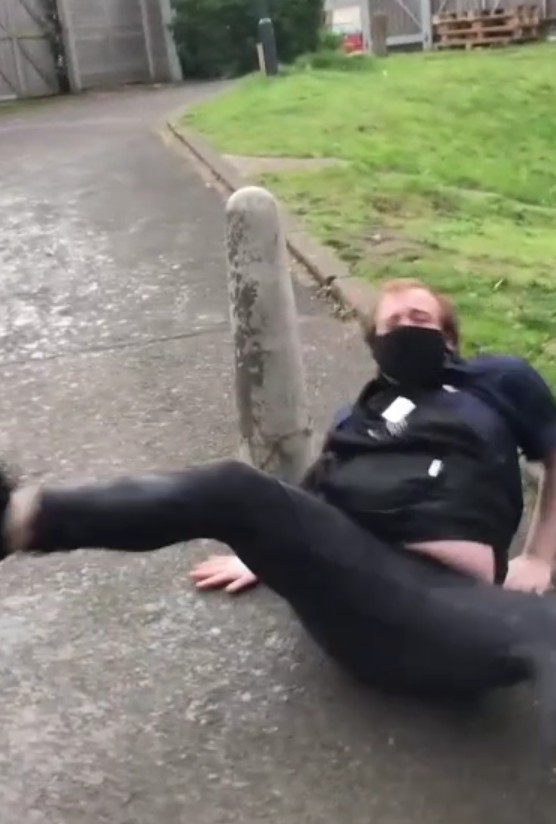