All Saints Church in Ipswich has been targeted multiple times with Jesus, Mary and Joseph all suffering at the hands of local vandals. 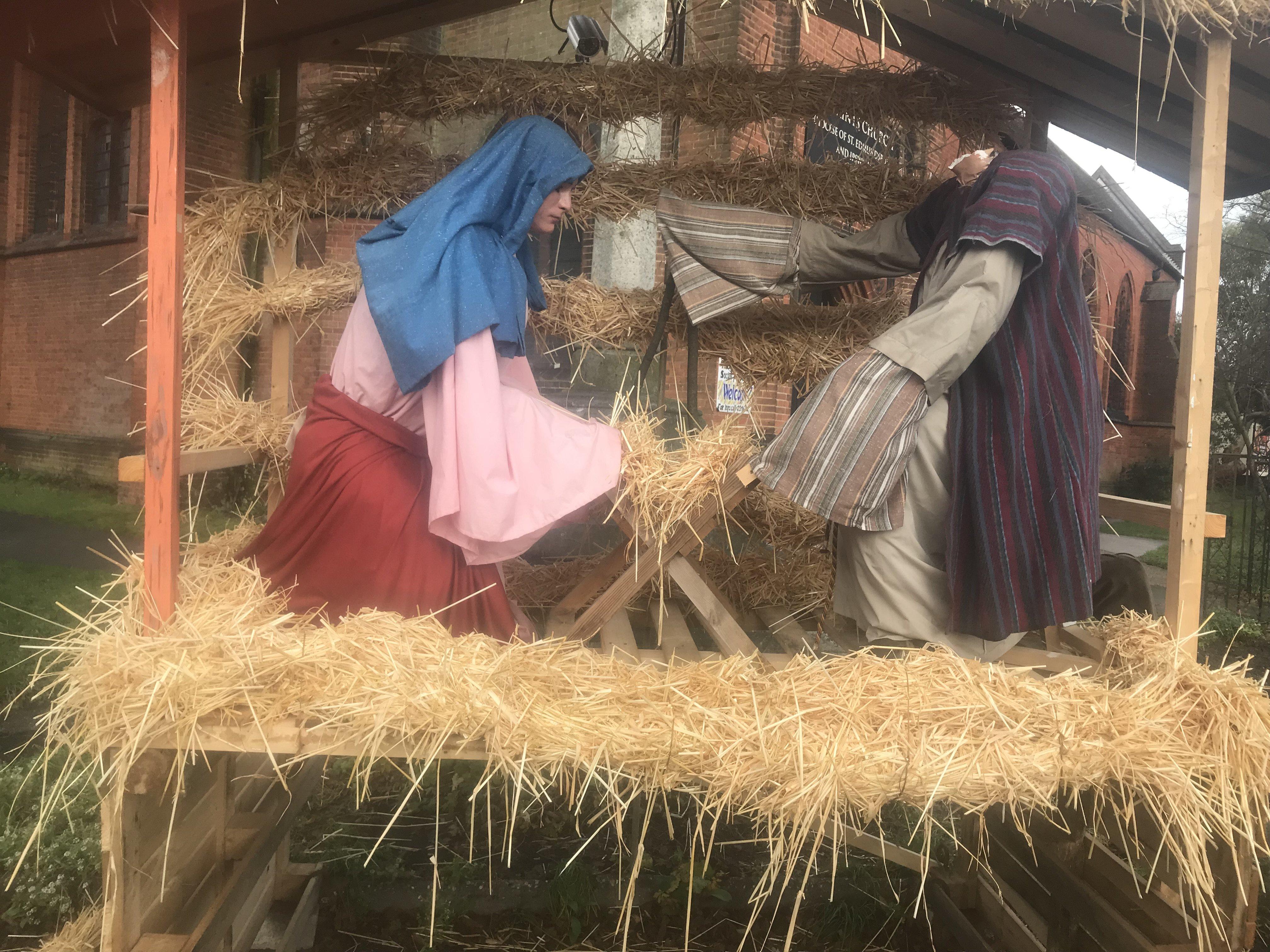 The scene, put up in the church's garden at the beginning of December, was first victim to a theft when Baby Jesus was taken from his crib after a matter of days.

Mary was next, as she got attacked last week before being put back together by the vicar Daniel Morrison and his wife.

This was quickly followed by vile thugs beheading Joseph.

After the first string of attacks, Rev Morrison decided to put a CCTV camera on his nativity scene to catch the culprit. 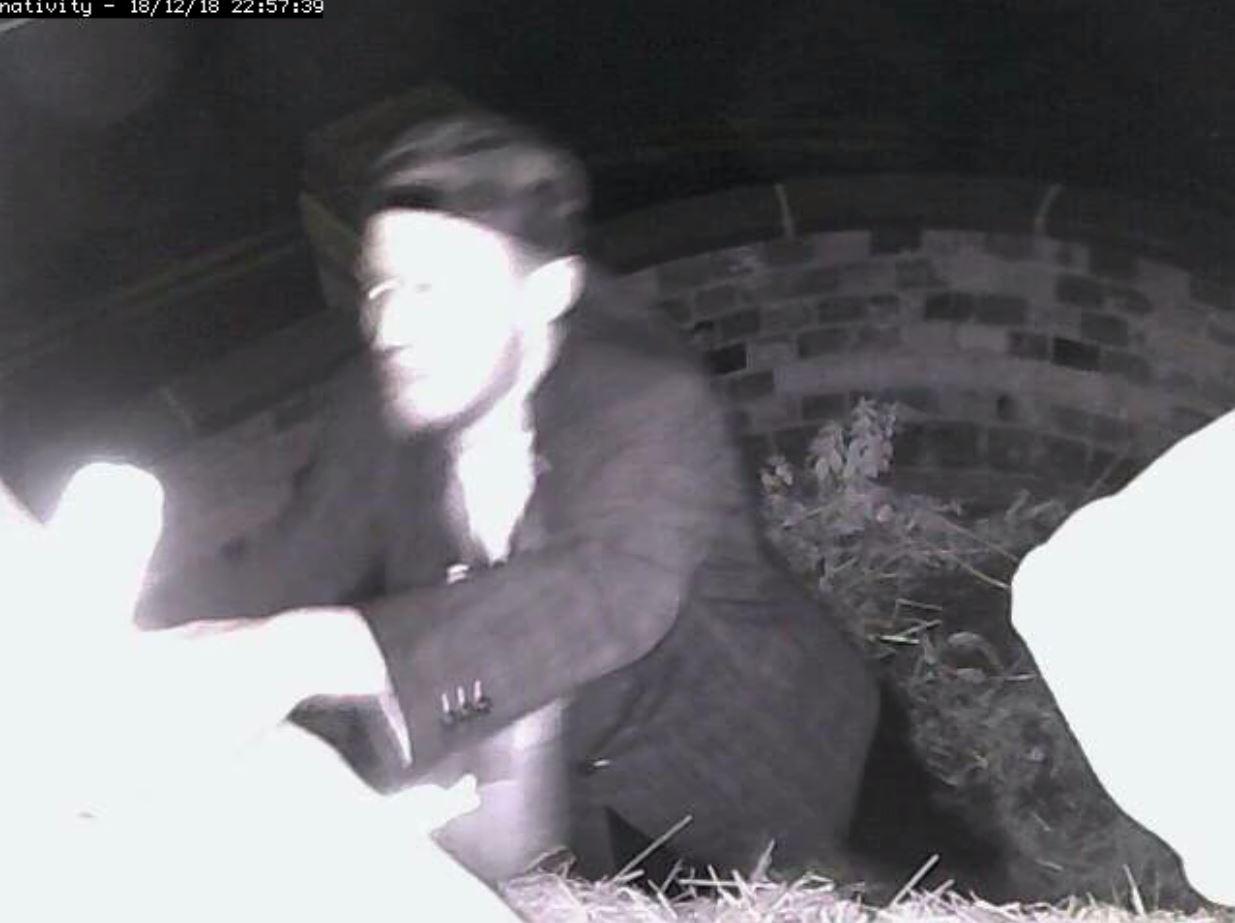 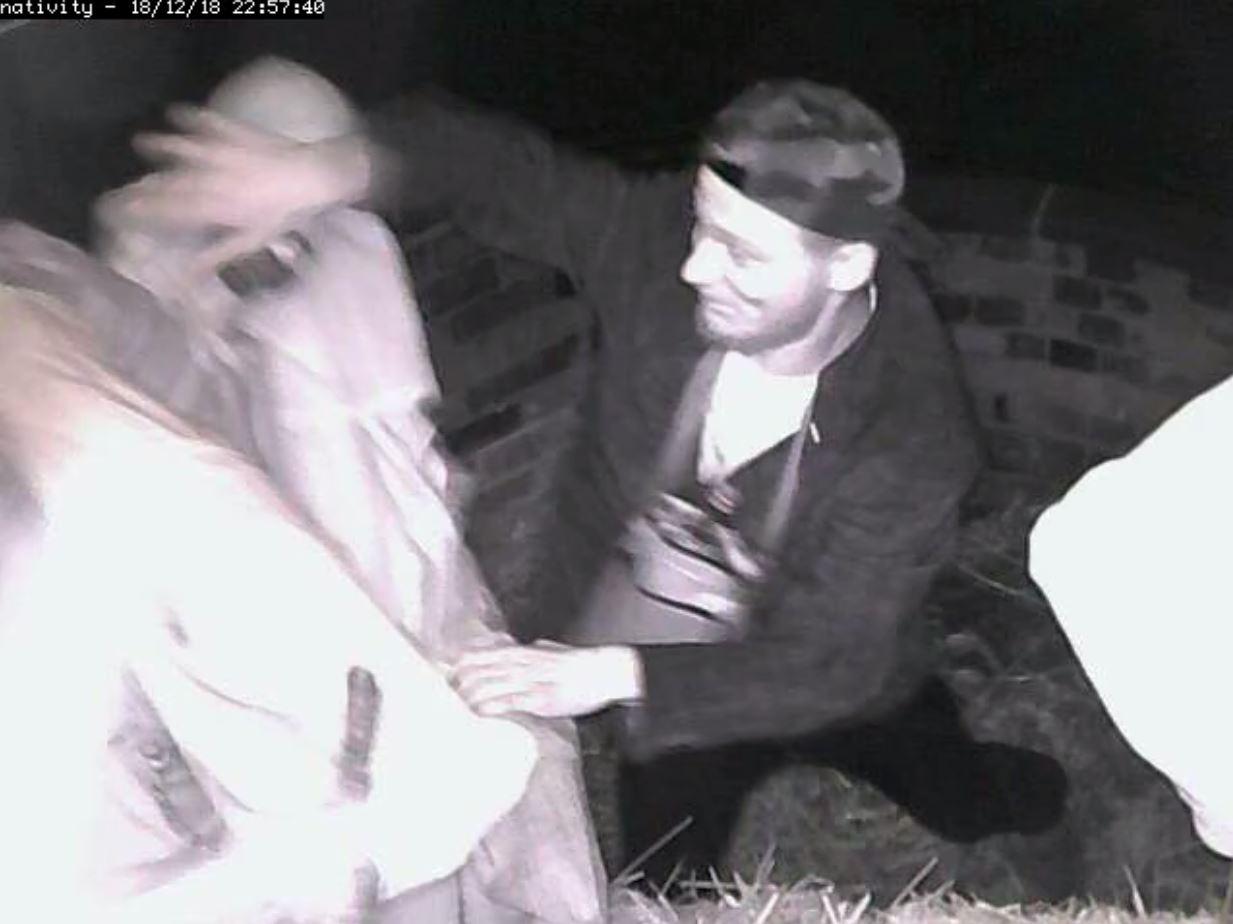 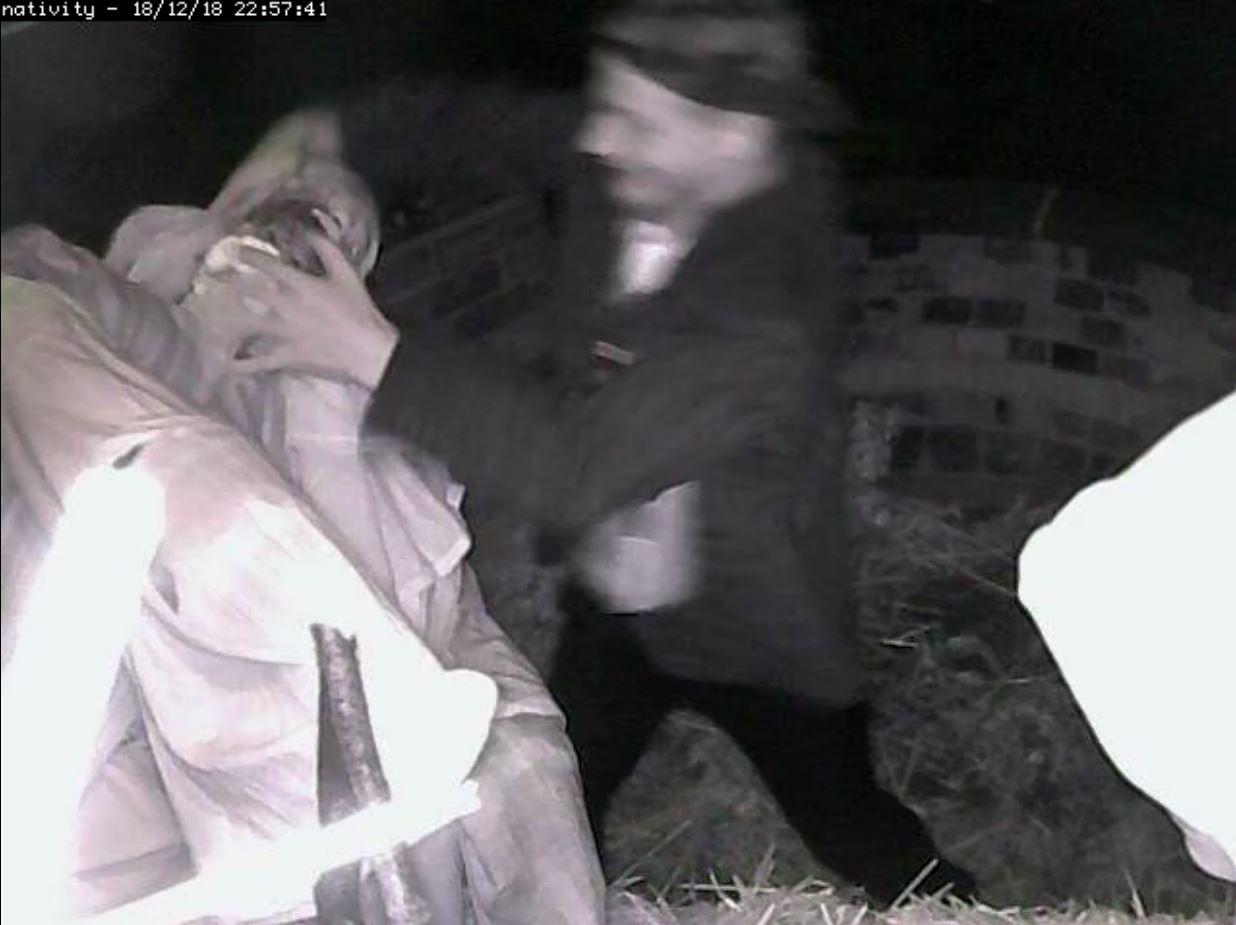 Lo and behold, the beheading of the polystyrene Joseph figure was caught on camera for all to see.

The incident took place at 10.57pm on Tuesday December 18, only a week before Christmas.

Rev Morrison told The Sun Online: "We have other things to be getting on with at this time of year and don't need the hassle.

"It's not expensive stuff – we just made the nativity out of a wooden frame and the figures are just polystyrene, but it's taking up lots of our time. 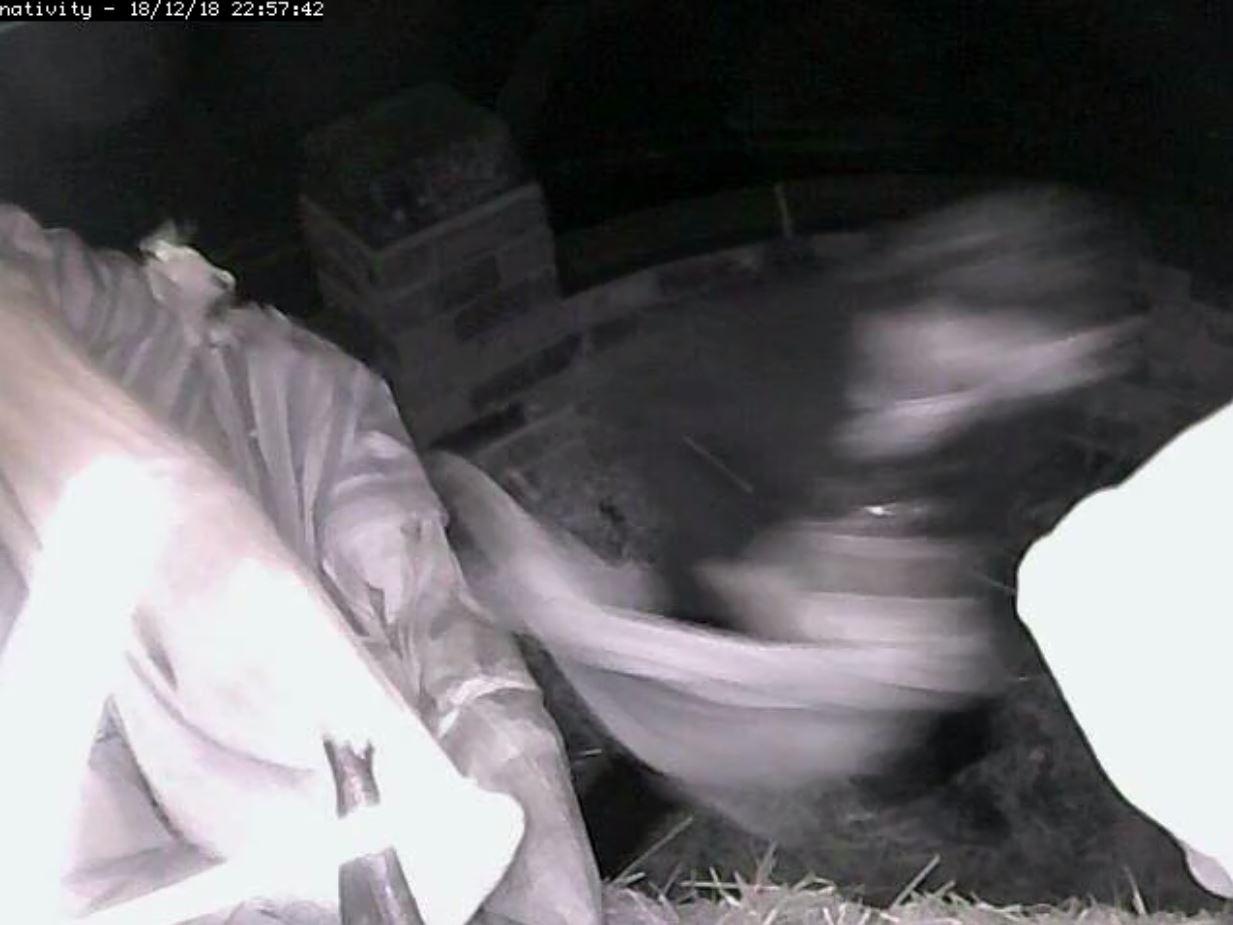 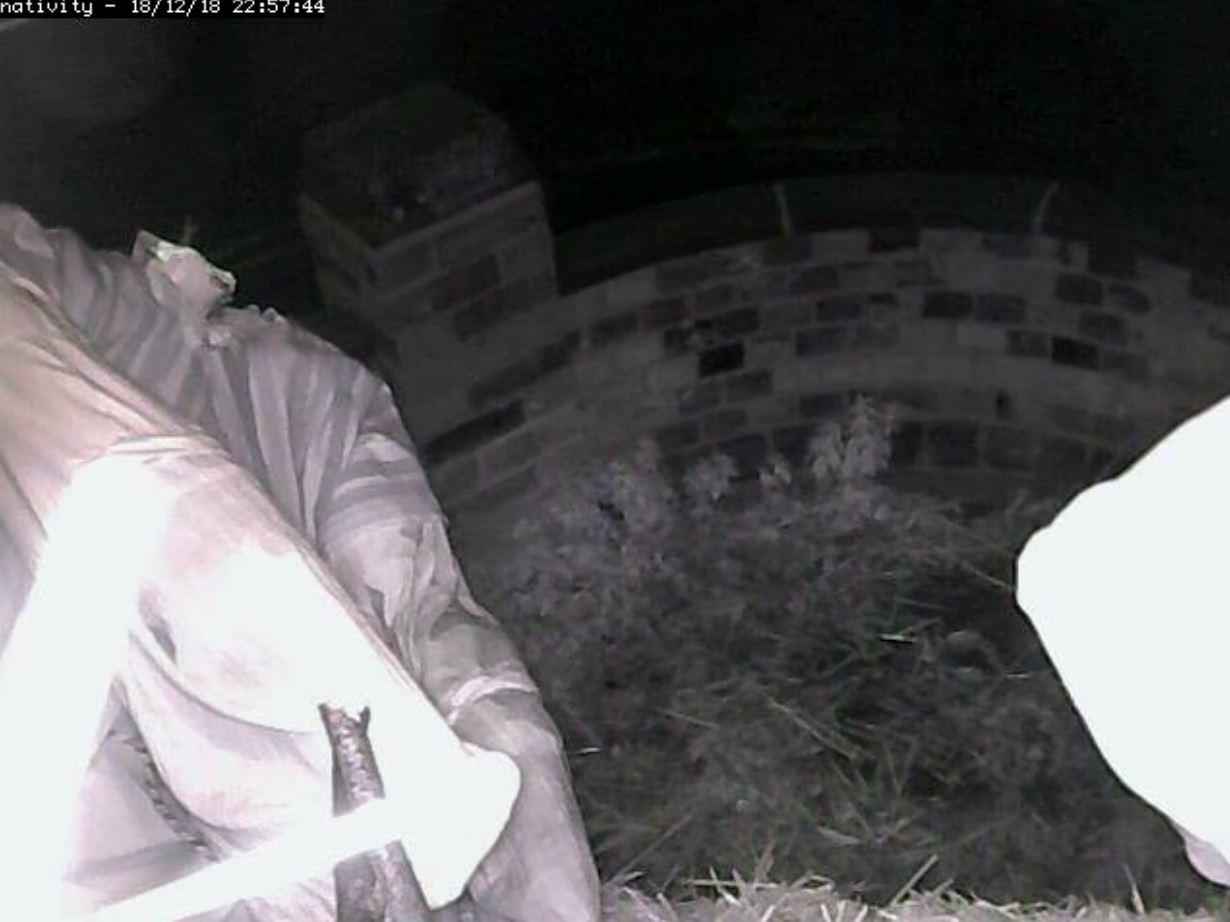 "I just wonder 'why?' It must be someone with nothing better to do. I'm sure it's not religiously motivated.

"I suppose the advantage of all this is that it's put us on the map. Our carol service is this Sunday at 6.30pm by the way."

While the church's vicar seems to be taking the events in his stride, some locals don't see the funny side.

One resident, Alicia Mooney, a 34-year-old mum of two, said "I'm not particularly religious but this is terrible. 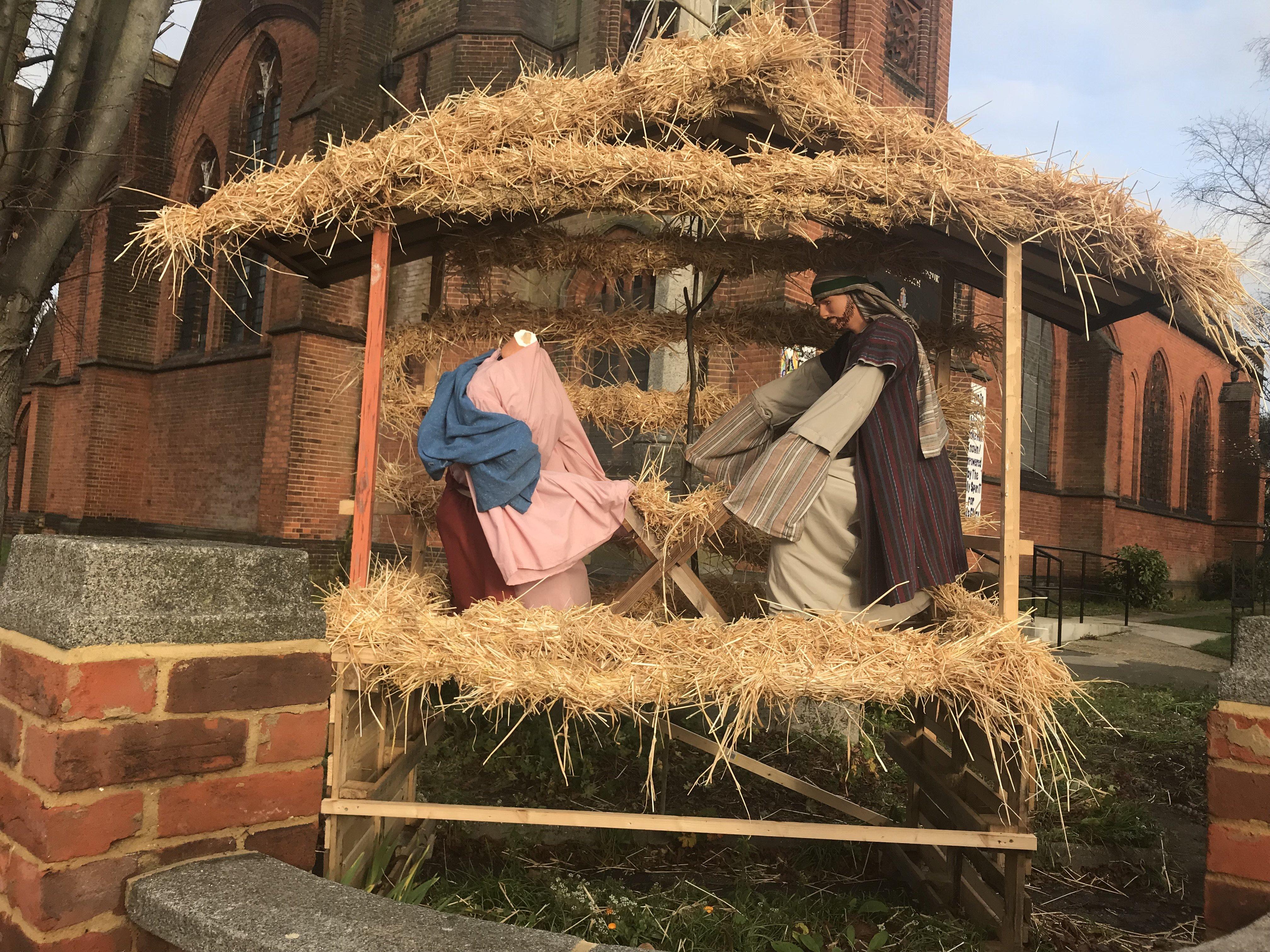 "I had walked my children past it before the vandalism happened and they wanted to take a closer look, you could see it was something they liked looking at.

"Why would anyone do something like this? It must be so upsetting for the people who go to Christmas services to have to walk past it and see Joseph has been beheaded and baby Jesus has been stolen."

The reverend says he will continue to fix Mary and Joseph, but won't bother replacing Jesus, as he's likely to just get stolen again.