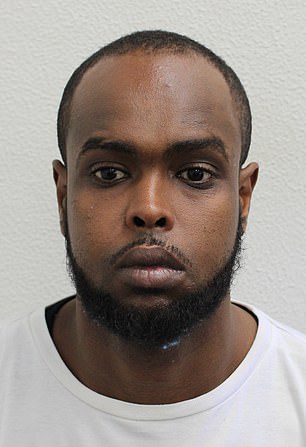 Mubarik Cadani, 31, has been jailed for 20 months for attacking a police officer after his arrest

This is the horrifying moment a prisoner shattered a police officer’s nose in a brutal and unprovoked attack.

Mubarik Cadani, 31, has been jailed for 20 months for smashing PC James McGahan in the face with his elbow at Hounslow Police Station in west London.

Today Scotland Yard released footage of the attack that took place minutes after the suspect had been arrested for a separate assault.

PC McGahan was booking him into Hounslow’s custody suite when Cadani suddenly launched the attack with his right arm.

He can be seen surreptitiously raising his elbow before ploughing it into the policeman’s cheek and nose.

Two other officers jump on him as PC McGahan spins backwards holding his face and the broken nose was so bad he missed two weeks of work due to the injury.

Cadani was jailed for the unprovoked attack on August 21 this year and will serve at least ten months.

Investigating Officer Detective Constable David Payne, from the Metropolitan Police West Area Safeguarding team, said: ‘This is a sickening, vicious assault on a police officer who was simply doing his job, working to protect vulnerable people.

‘We have released footage of the assault to show the levels of violence police officers are faced with on a daily basis.

‘We are happy with the sentence given by the judge today which reflect that assaults against any public service workers are unacceptable and will not be tolerated’. 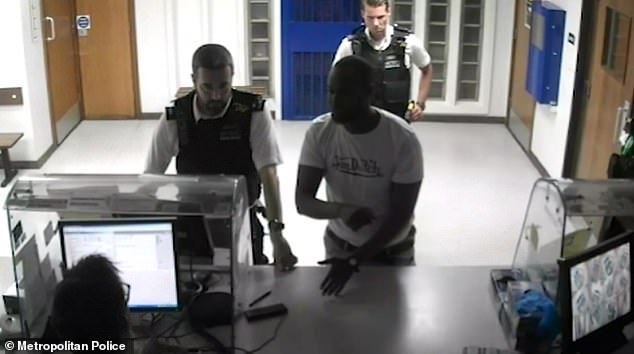 Mubarik Cadani, 31, has been jailed for 20 months for smashing PC James McGahan in the face with his elbow at Hounslow Police Station in west London 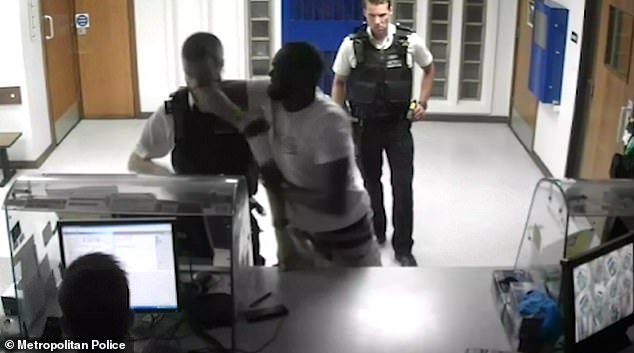 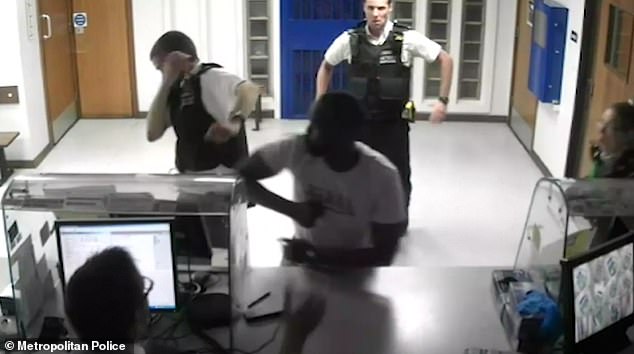 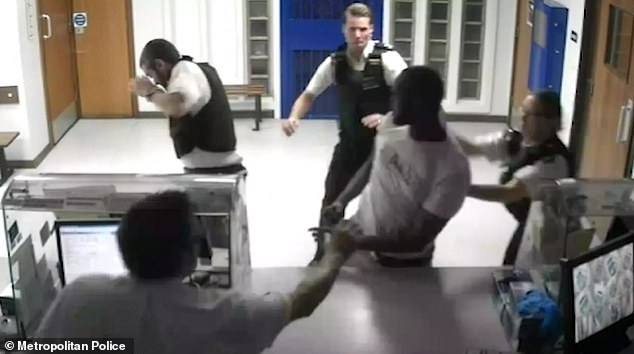