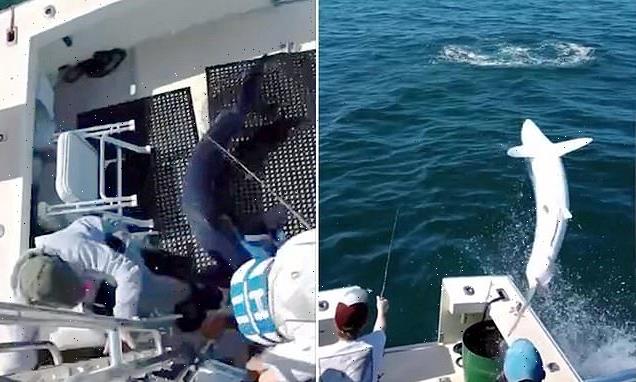 Three anglers rush to safety after the world’s fastest shark leaps onto their feet on a boat deck.

The fishermen onboard a Sea Ventures Charter boat gazed at the Atlantic shortfin mako in amusement as the sea giant sea fish darted in the air from a distance while off the coast of Massachusetts on Saturday.

One of the men hooked the shark onto a fishing rod about 30 feet away from the boat as it attempted to break free.

Within seconds, another shark launched on the boat deck and crashed directly into the men who then quickly scattered.

‘Oh f***’ one of the men is heard screaming as the shark appeared to have hit another man seen in the video. 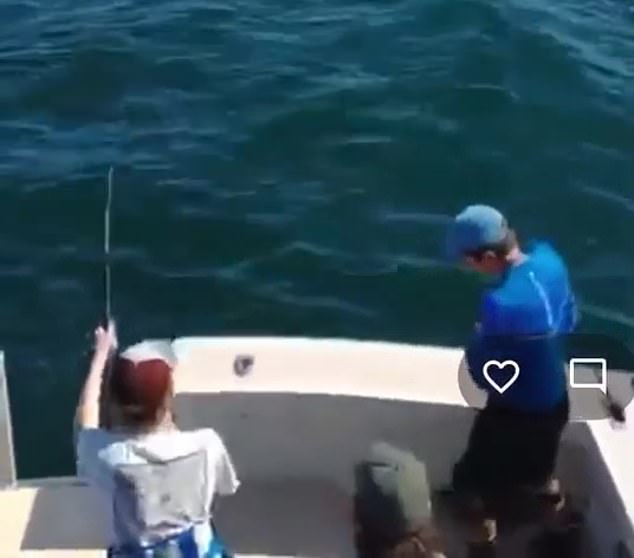 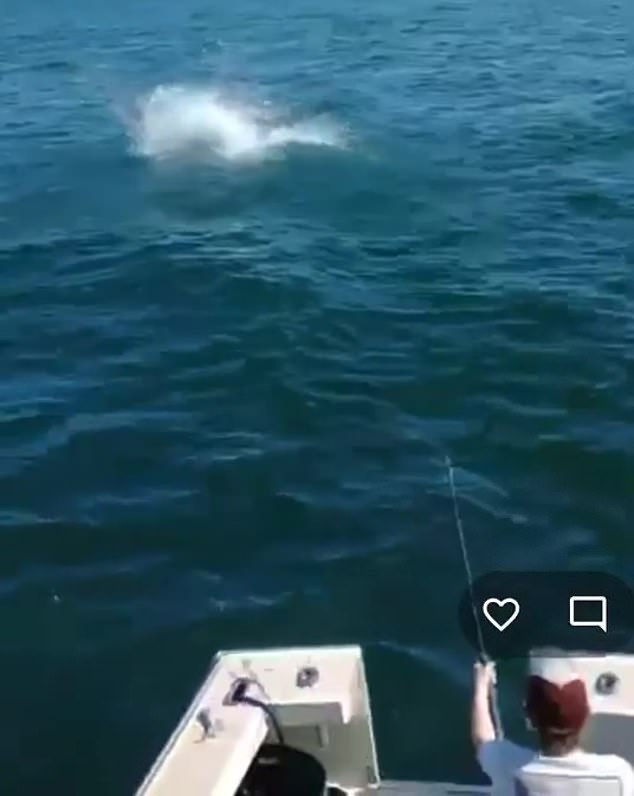 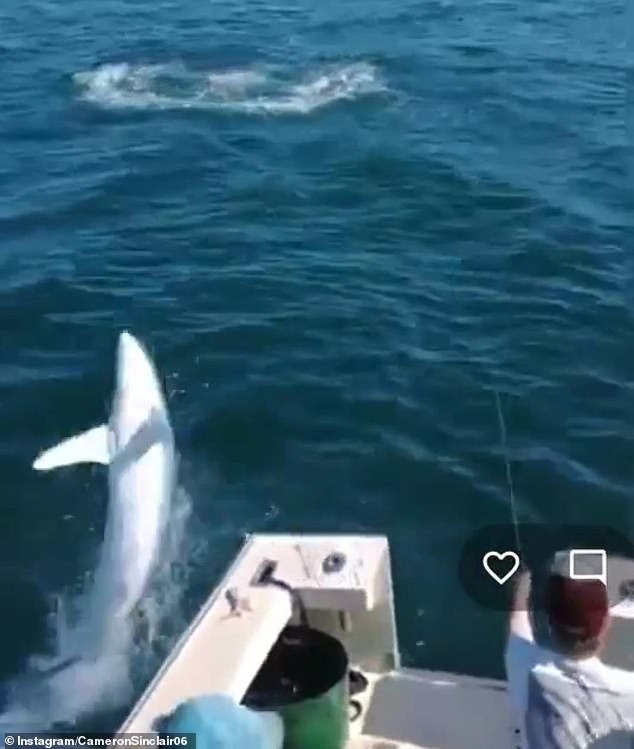 Suddenly, another shark did a flip nearby and landed onto the boats dock 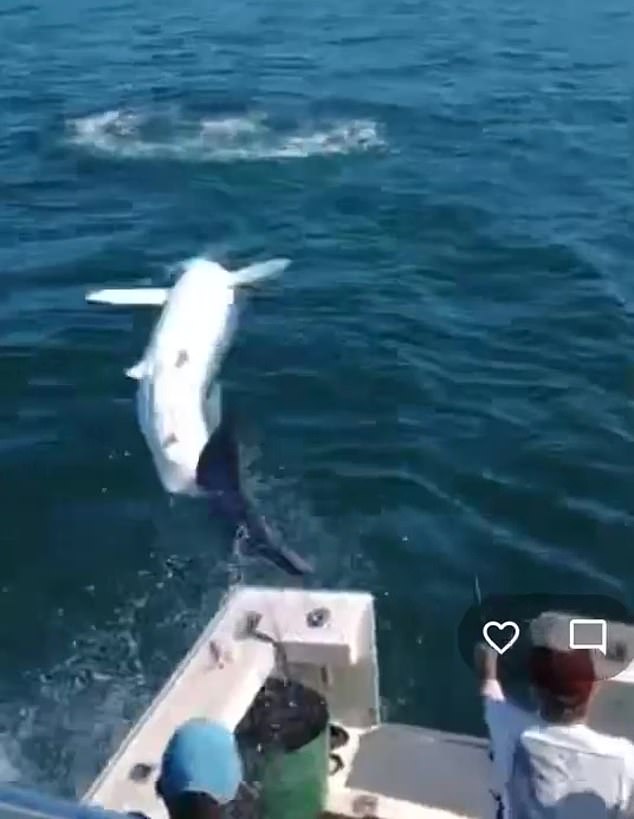 Within seconds, the shark flew into the air and landed at the feet of two of the fishermen 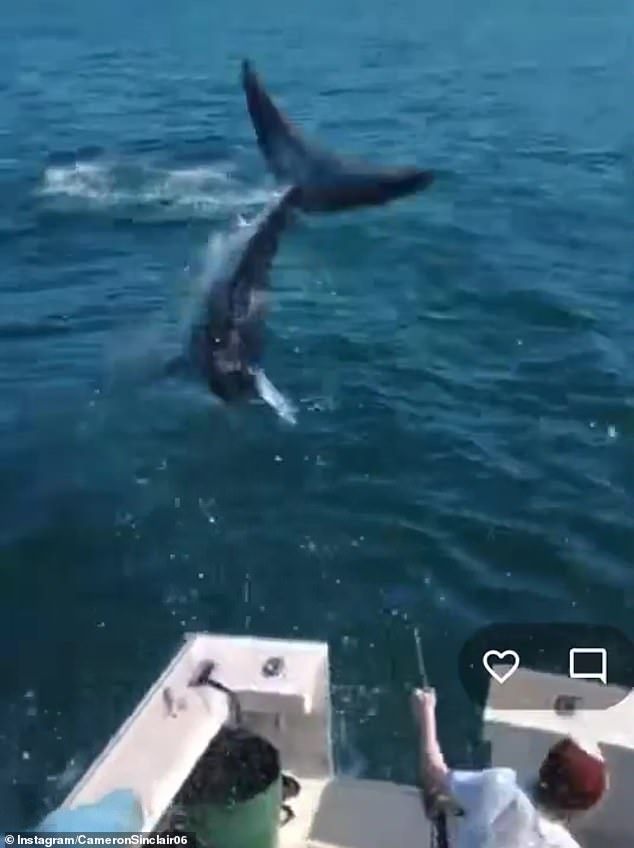 Surprised by how close the shark got, one of the fishermen rushed off 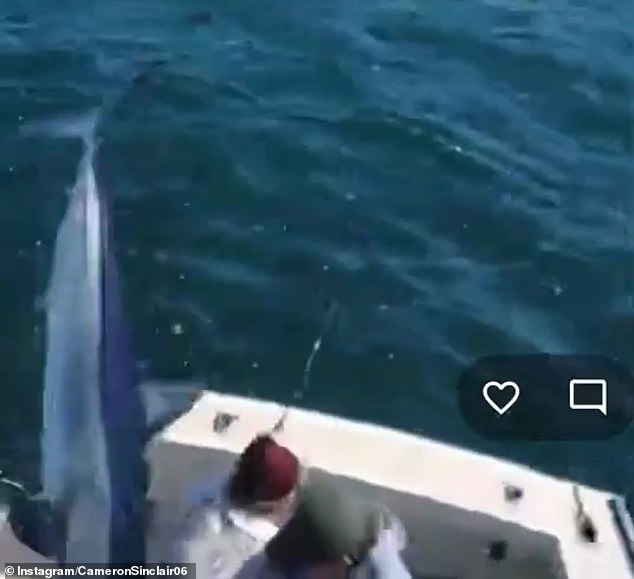 Meanwhile, two others got caught in the heat of the choas 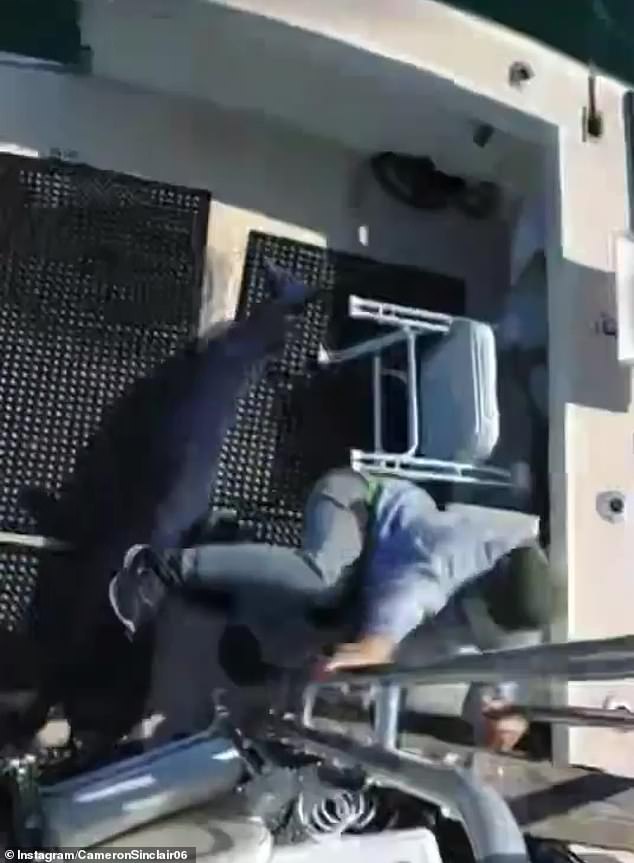 One of the men to the left of the camera angle was able to swiftly escape while two others got caught in the commotion.

While another was able to quickly move away after being slammed by the shark, another hurried up a nearby ladder to a top deck.

The shark jumped onboard the FV Lady Anne boat, and the company operating the boat noted it was ‘a lovely day shark fishing.’

Sea Ventures Charters confirmed no one was injured, but noted the fish was tagged before being released. 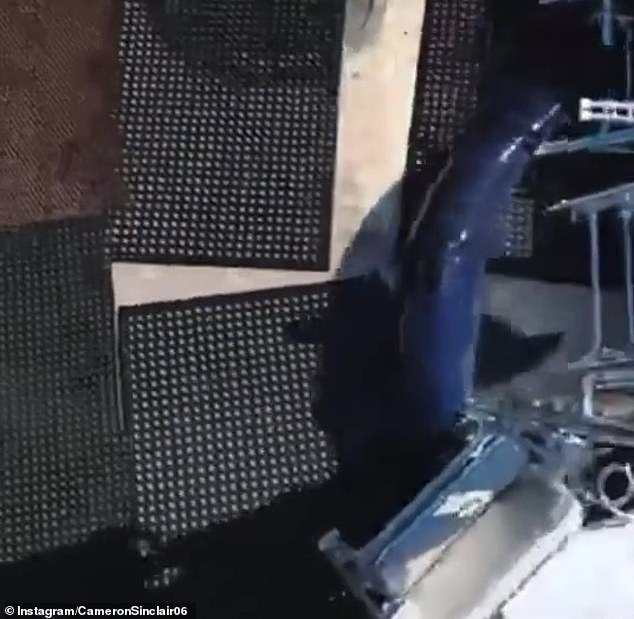 The shark flopped onboard while others watched 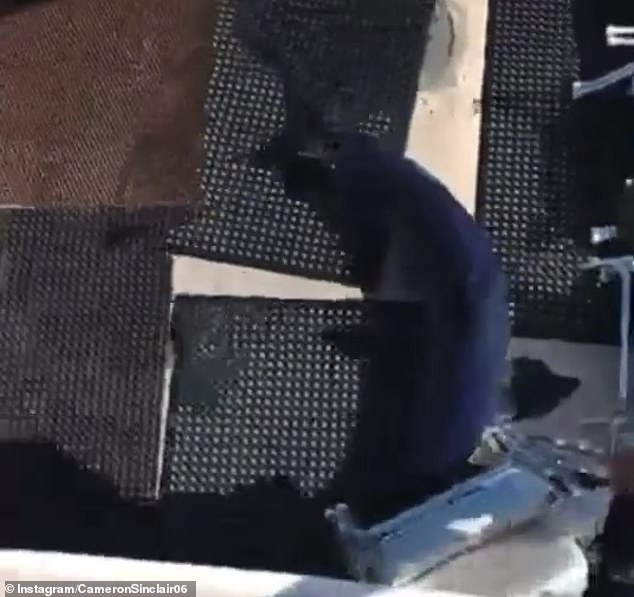