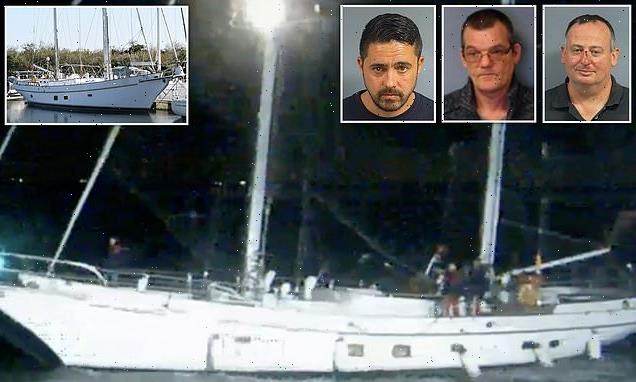 Video footage shows the moment when a self-styled ‘Lord’ smuggled Albanian migrants into the UK on a 72ft yacht – as he and two other people smugglers have been jailed for 16 years in total.

Known as Lord Redhead of Shanklin since purchasing the title, Stephen Redhead, 47, captained the vessel used in the smuggling operation.

The yacht can be seen in CCTV sailing into the Isle of Wight and after it docks people can be seen emerging from it.

Jean-Pierre Labelle, 45, organised the trip on the orders of a criminal gang run by Albanian nationals.

Christopher Barber, 55, was brought along to ensure the boat’s engine ‘continued to function’, Newport Crown Court was told.

The three men sailed the yacht from Britain and returned from Cherbourg, France, with 10 extra people believed to be from Albania.

A judge denounced it as ‘international crime on a large scale’ in a bid to make ‘considerable money’ at the expense of those they were smuggling.

Labelle pleaded guilty to conspiracy to facilitate unlawful entry into the UK, and jailed for eight years, while Redhead and Barber were found guilty by jury on the same charge and jailed for five and three years, respectively.

The migrants have not been traced due to the incident being retrospectively reported. 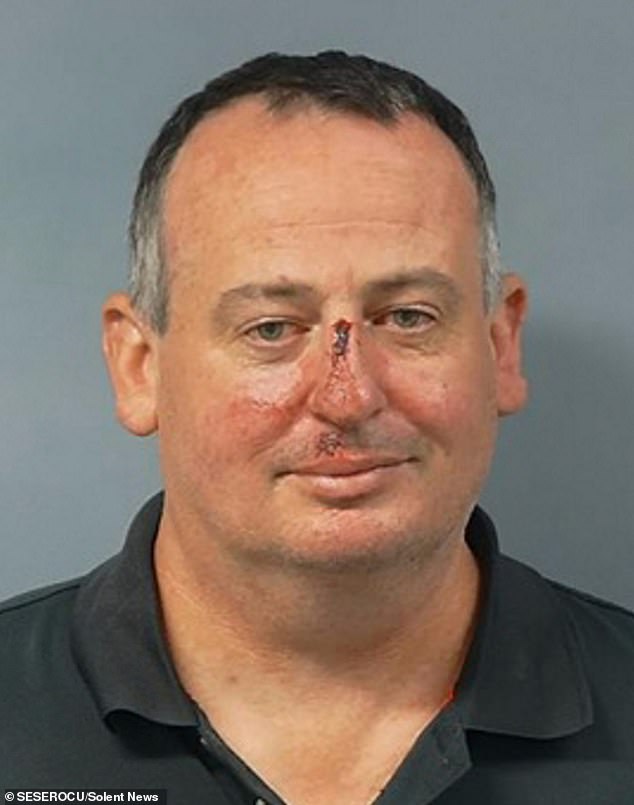 Stephen Redhead, a British property developer, 47, was found guilty of conspiracy to facilitate unlawful entry into the UK

In video footage shown to the court, a 75 ft yacht can be seen sailing into a British port while men are captured standing on the deck.

Arriving at 7.53pm, the yacht can then be seen moving into the port at East Cowes Marina on the Isle of Wight.

The CCTV also shows the yacht arriving into the marina and docking.

In a split second, people can be seen running out of the yacht and going into the town of East Cowes.

Judge Mousley said: ‘This was organised, international crime on a large scale and it would have continued had you not been detected.

‘The money to be made was considerable, and there is a contrast between that and the effect on the lives of those people who were taken across the channel.

‘Many, if not all, would have been vulnerable, with uncertain futures awaiting them. It is this courts’ experience that these people do not live the lives they had expected in the UK.

‘You were all involved in different levels, and other people were involved in the conspiracy.’ 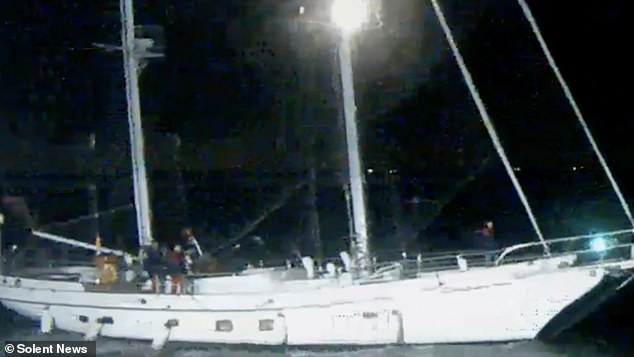 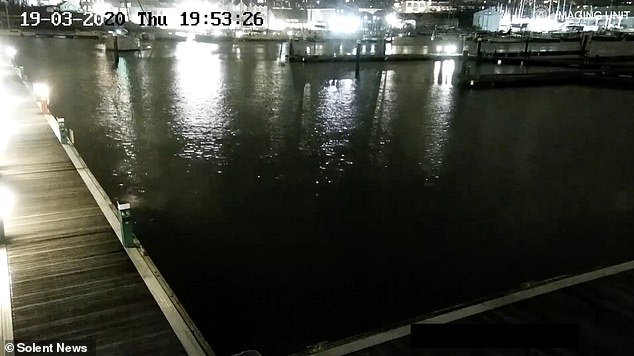 Arriving at 7.53pm, the yacht can be seen moving into the port at East Cowes Marina 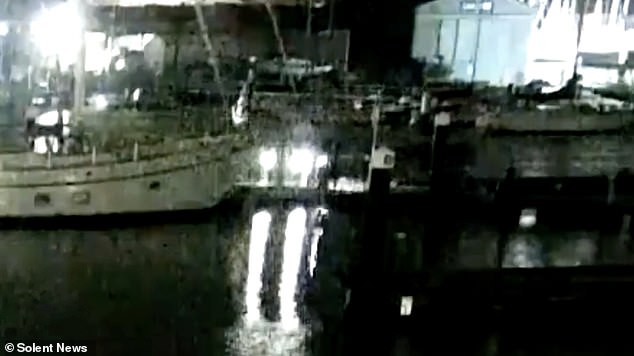 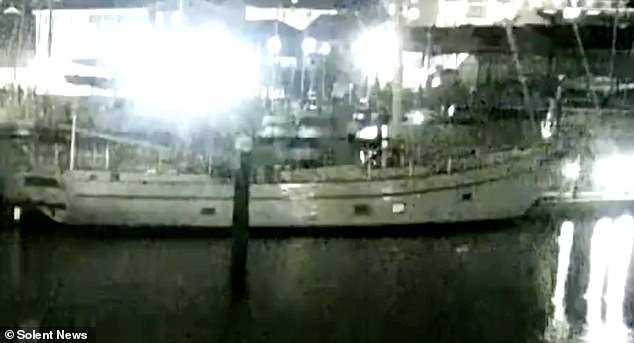 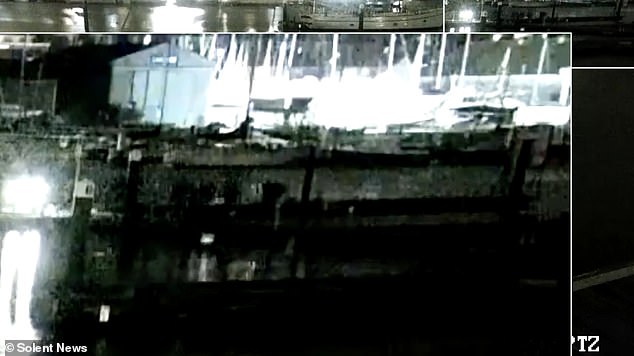 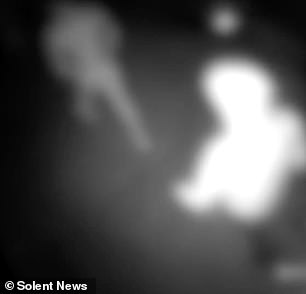 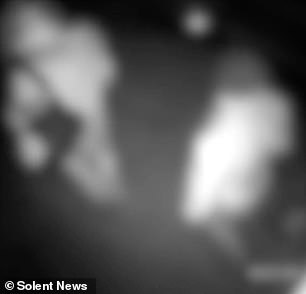 Barber and property developer Redhead, both from the Isle of Wight, were convicted of conspiring to facilitate the unlawful entry of non-EU citizens into the UK alongside following a seven-day trial at Portsmouth Crown Court earlier this month.

Labelle, from Ryde on the island, had admitted the same charge three weeks before, and will face trial later in the year for conspiring with others to import drugs from France.

The trio had travelled to international ferry terminal Cherbourg on France’s northern coast in March 2020, on board the 72ft ketch yacht Anore, which was originally custom-built in 1976 for a coal mining millionaire in the United States.

The court heard Labelle, described as a ‘main organiser and coordinator’, owned the boat and hired Redhead to captain the vessel and Barber to ‘ensure the engine continued to function’.

They returned two days later to East Cowes Marina on the Isle of Wight – with ten extra people on board who were suspected to have illegally entered the UK. 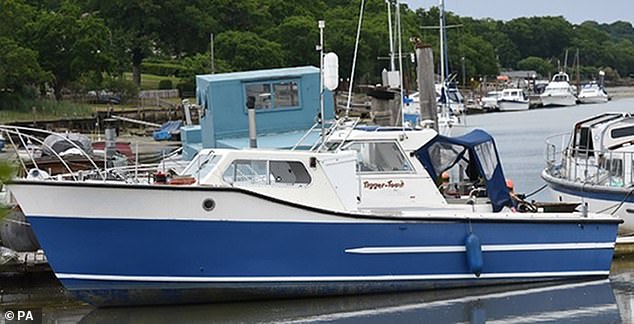 In June, Labelle, from Ryde on the island, was said to have organised another journey on a small boat called Freedom, which was found by Redhead and bought for £10,500

These people have still not been traced due to the incident being retrospectively reported.

In June, Labelle, from Ryde on the island, was said to have organised another journey on a small boat called Freedom, which was found by Redhead and bought for £10,500. It was said to have had just one lifejacket on board.

However, the boat was intercepted after a joint operation conducted by the South East Regional Organised Crime Unit (SEROCU), the National Crime Agency and French authorities.

‘It was only when they drew their weapons that [the boat] gave up. There were six Albanians on board.’

Two English nationals also involved in the second trip were jailed by a French court for their involvement. 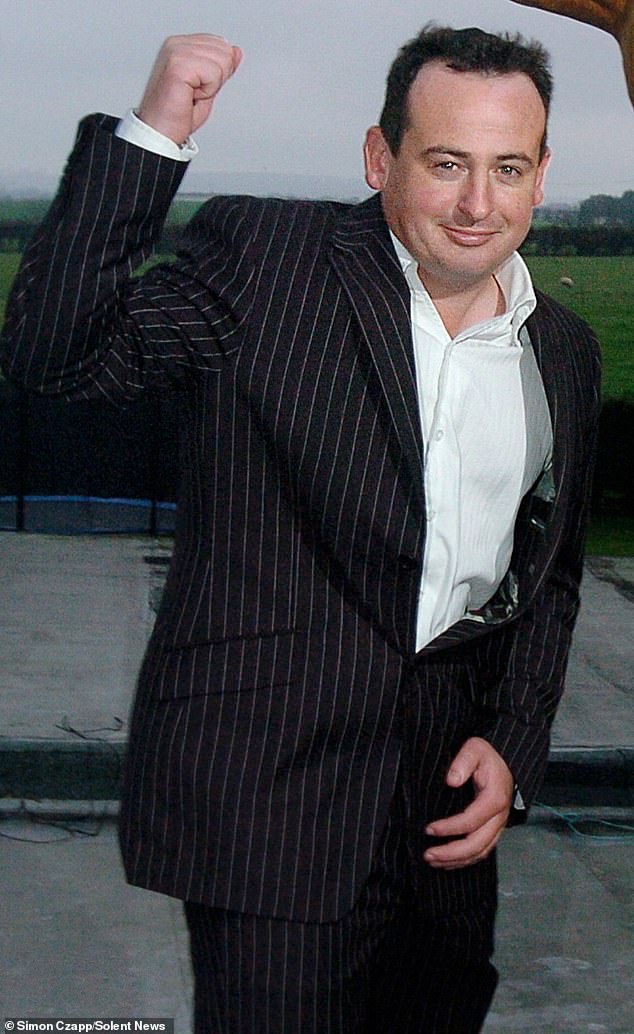 Stephen Redhead, pictured, who purchased the title Lord Redhead of Shanklin, is an eccentric character well-known on the Isle of Wight

Stephen Redhead, who purchased the title Lord Redhead of Shanklin, is an eccentric character well-known on the Isle of Wight.

His legal representative, Edward Hollinsworth, argued ‘naive’ Redhead did not play an organisational role in the trips, and was instead brought into the criminal scheme thinking it would be a ‘jolly over to France’.

Patrick Harte, representing Labelle, argued his client had been given orders by superiors in a criminal gang run by Albanians, and added any money he made was knocked from a debt he owed for ‘losing’ around ’90kg’ of cocaine.

Barber’s representative, Edmund Blackman, stated his client had had ‘no idea’ about the intention of the trip but had ‘acquiesced’ after threats were made toward him and his family. 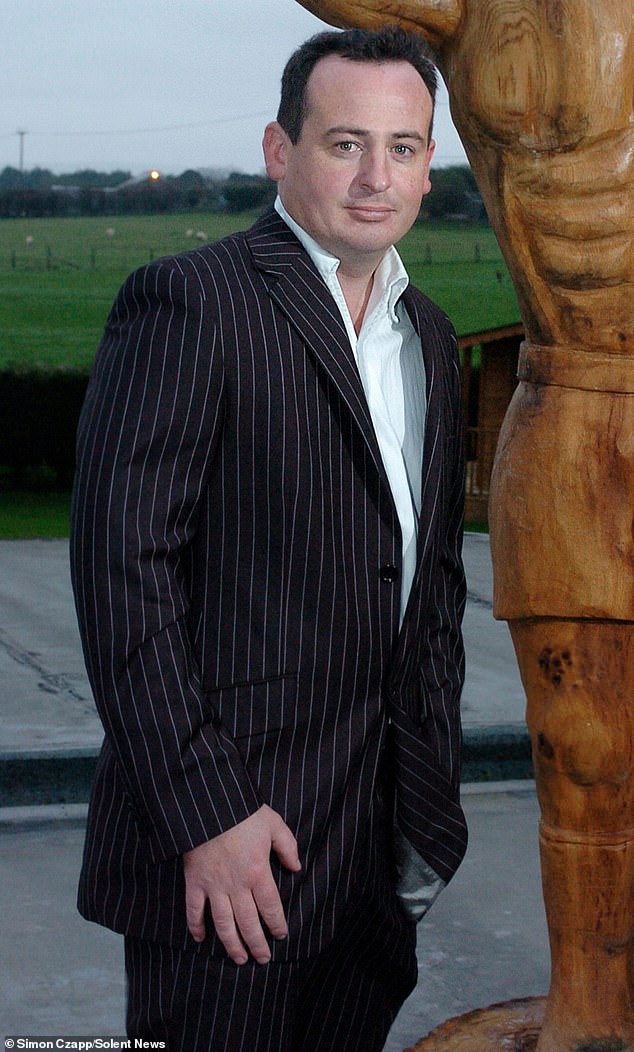 His legal representative, Edward Hollinsworth, argued ‘naive’ Redhead, pictured, did not play an organisational role in the trips, and was instead brought into the criminal scheme thinking it would be a ‘jolly over to France’ 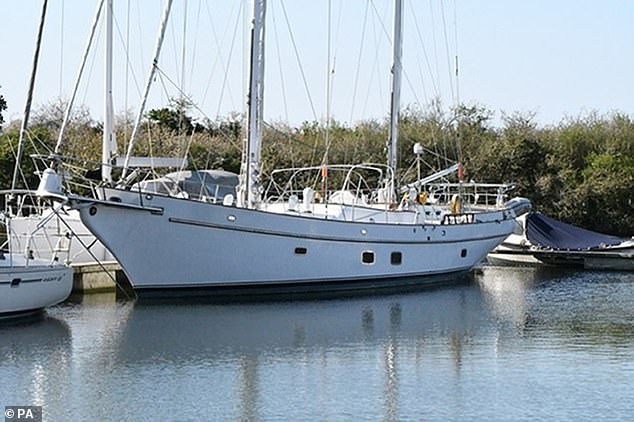 Judge Mousley, however, said all three had played a role in the international criminal conspiracy. Pictured: The Anore yacht

Judge Mousley, however, said all three had played a role in the international criminal conspiracy.

He said: ‘In the first half of 2020 each of you played an essential part of an unlawful trip between the Normandy coast and the Isle of Wight to facilitate the unlawful entry of non-EU nationals – Albanians, it seems.

‘Labelle and Redhead were also involved in the second trip, and there were others involved.’

He jailed Labelle for eight years, Redhead for five years and Barber for three years. Each will serve at least half of their terms.

Following the sentence Ian Harris, a Senior Crown Prosecutor at CPS Wessex, said: ‘We are dedicated to prosecuting people who seek to transport others to the UK illegally, often in circumstances that are dangerous and could involve the exploitation of migrants who may be expected to repay significant sums of money for the cost of passage.

‘It is vitally important that we continue to disrupt this level of organised crime.’