This is the moment a man hurled a ‘canister’ at revellers outside a London nightclub in a violent attack that has left two women with serious head injuries.

Detectives have now issued the shocking footage of the 4am attack in Camden as they try to identify the two male suspects involved.

Police were called by the London Ambulance Service in the early hours of Sunday 30 October to Great Russell Street in Bloombsury. 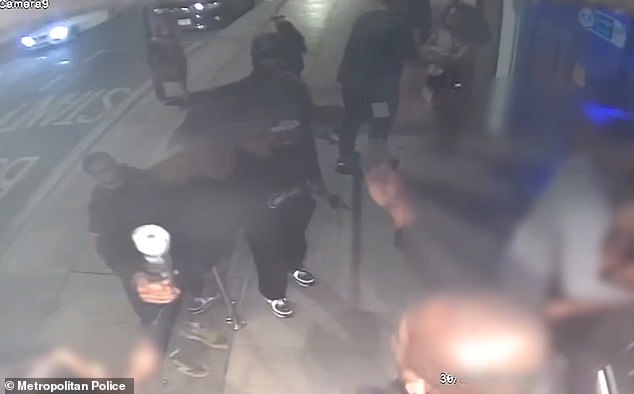 Both victims were taken to hospital where the older of the two was found to have fractured her skull. Meanwhile the younger woman suffered injuries to her face and head.

Fortunately, neither of the woman were left with life-threatening or life-changing injuries despite the forceful blows to their heads.

A third woman was also at the scene and tended to by paramedics, although she was not injured.

Police said that the women had been out at a nightclub in Bloosmbury when they began arguing with a man who they had met during the night out. 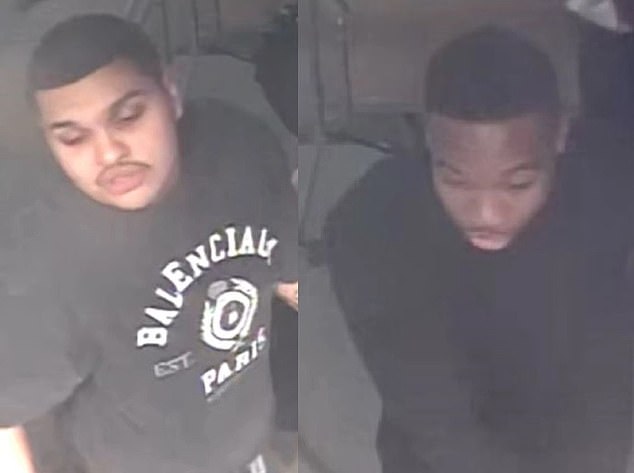 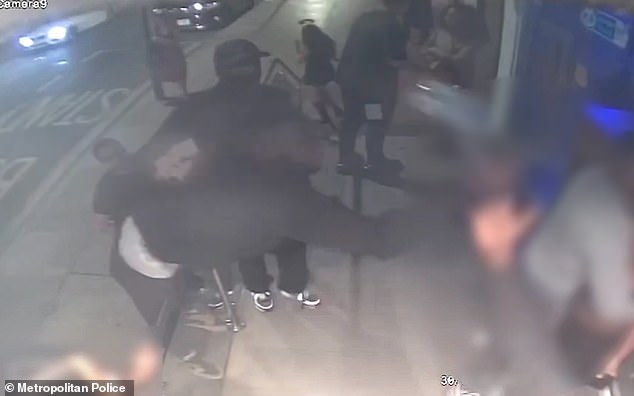 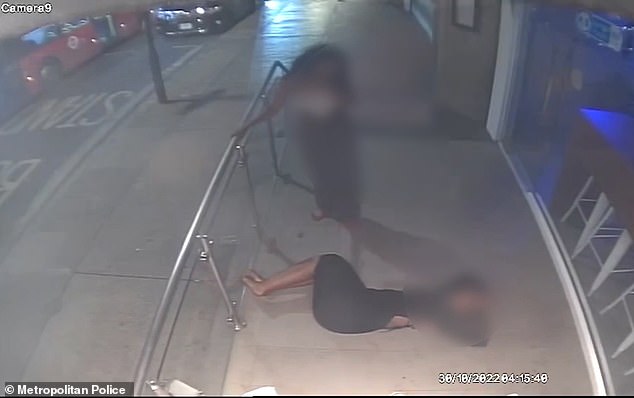 One woman was left lying on the floor, visibly injured from the attack in Bloomsbury, London 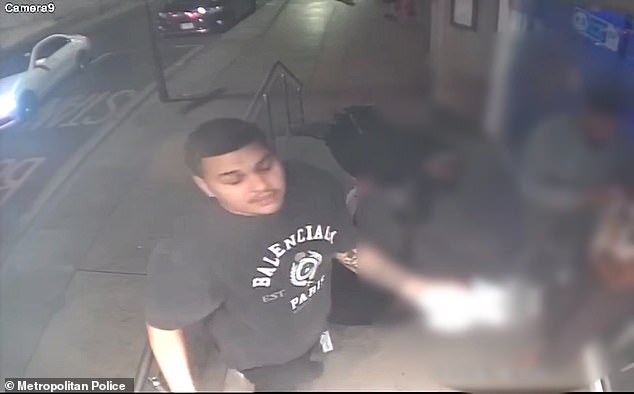 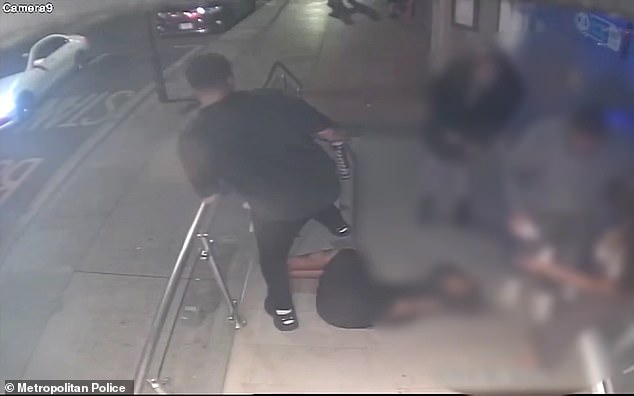 In the footage, he can be seen retrieving the canister and then walking over the injured woman on the floor

Harrowing footage shows the man threatening to hit the women with a ‘canister’ before he then follows through with it and lashes out.

The video later shows the wild-tempered man out of control and sprinting towards the women before stepping onto a metal barrier and hurling the ‘canister’ at them as shocked bystanders watch on.

Later, one of the woman can be seen lying on the floor barefoot in a black dress and visibly injured from the blow.

The footage then shows a second man appear who steps over the injured woman having retrieved the ‘canister’ before fleeing the scene.

Detectives have now desperately launched an appeal to find the two men who are involved in this despicable act.

‘We are determined to tackle violence against women and girls and we are doing everything we can to identify the men pictured.

‘I know members of the public will share our concern about this incident and will be keen to help us trace them.’

Anyone who can assist the investigation with information, images or video, should call 101 or tweet @MetCC ref CAD 1459/30OCT22.

To remain 100% anonymous contact the independent charity Crimestoppers on 0800 555 111 or visit crimestoppers-uk.org.