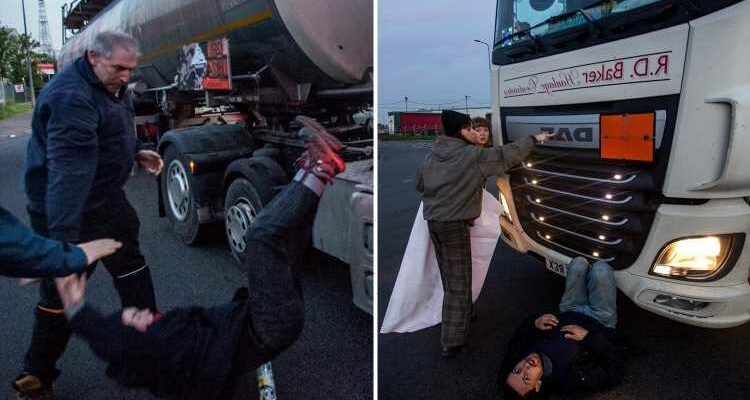 Dramatic photos show the moment tempers flared outside the Grays Inter Terminals in Essex this morning. 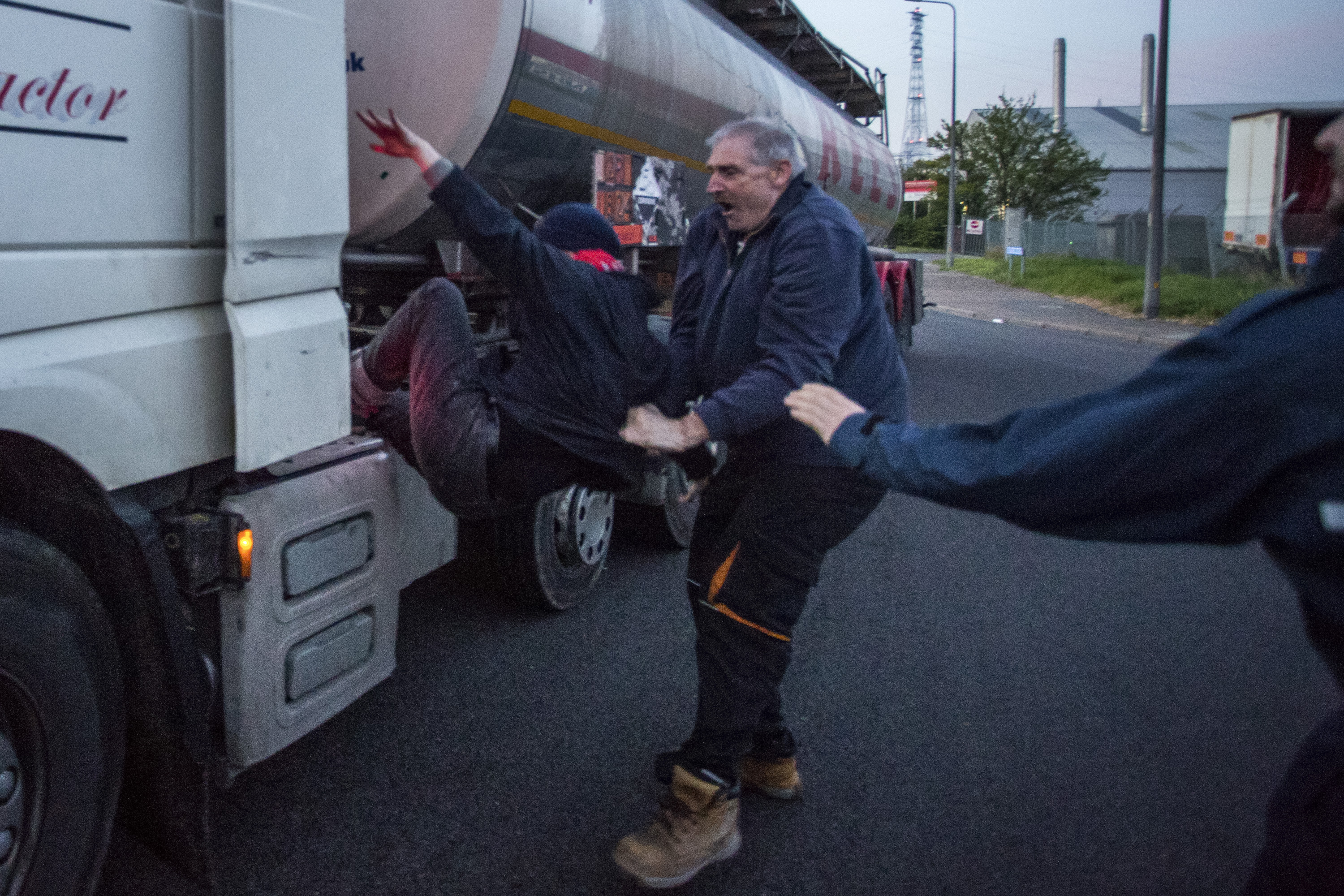 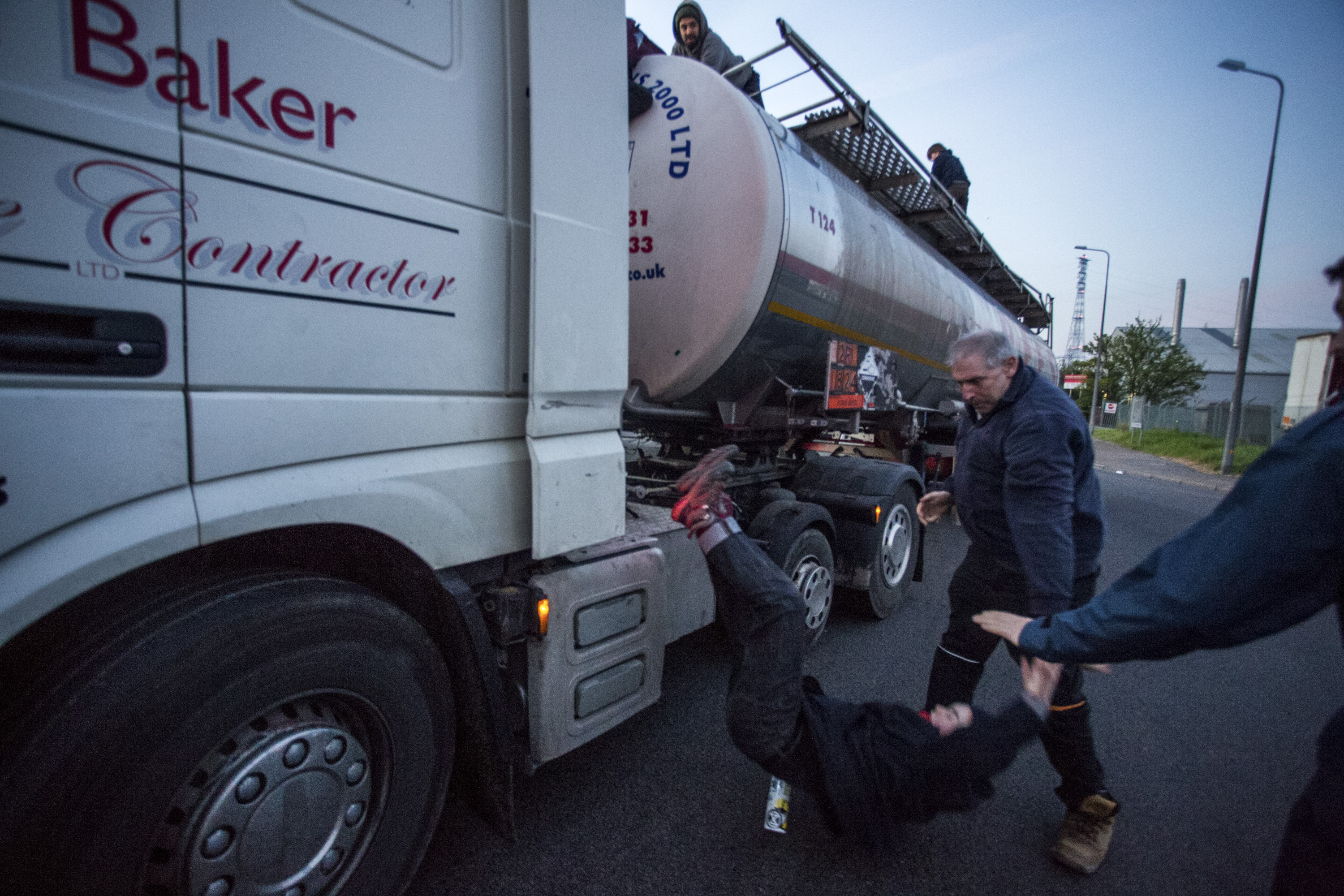 The mob of environmentalists from Just Stop Oil plonked themselves on top of tankers at the oil terminal during the dawn raid.

Others wedged themselves between the barrels and cabs of vehicles before drivers pulled them away in fury. 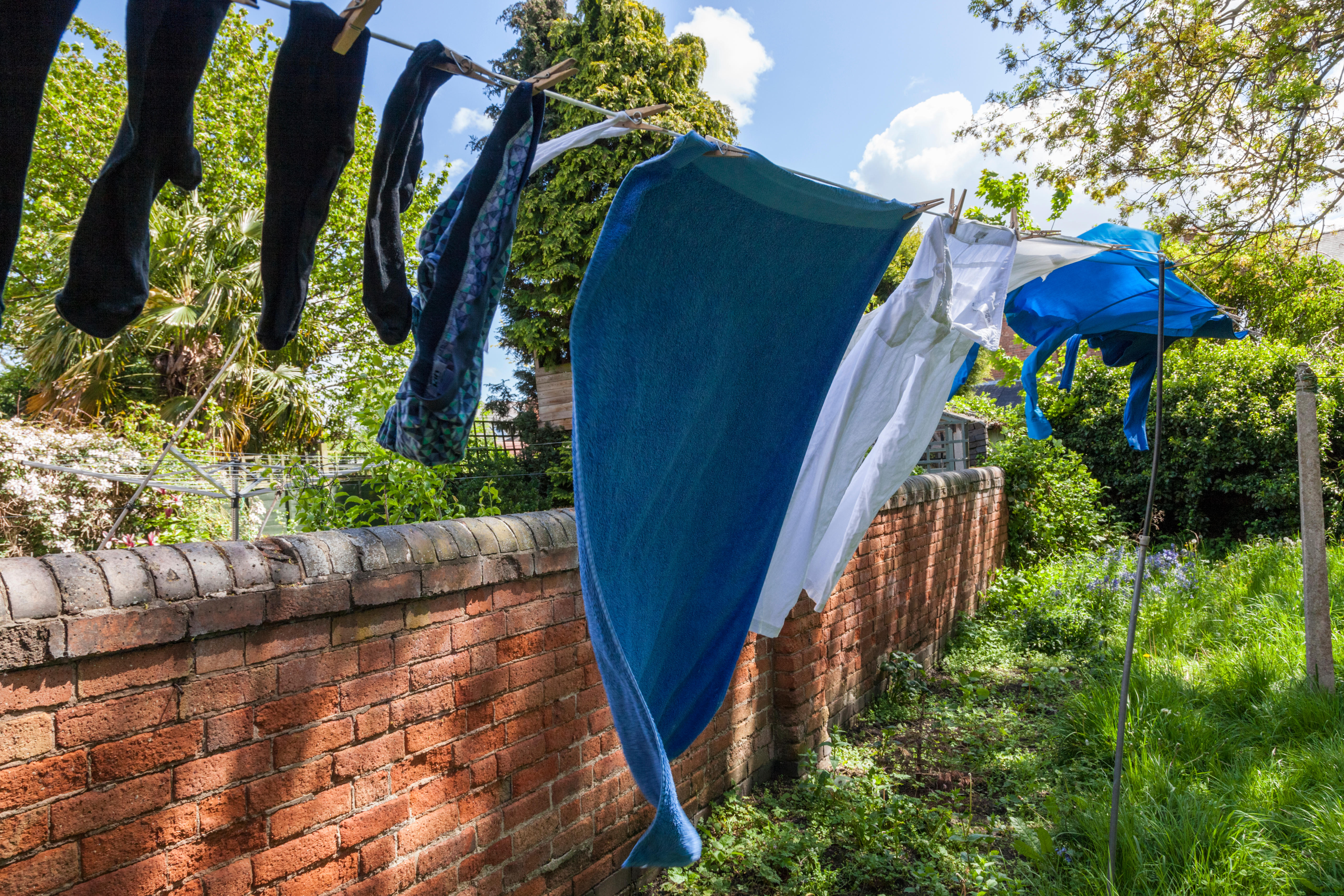 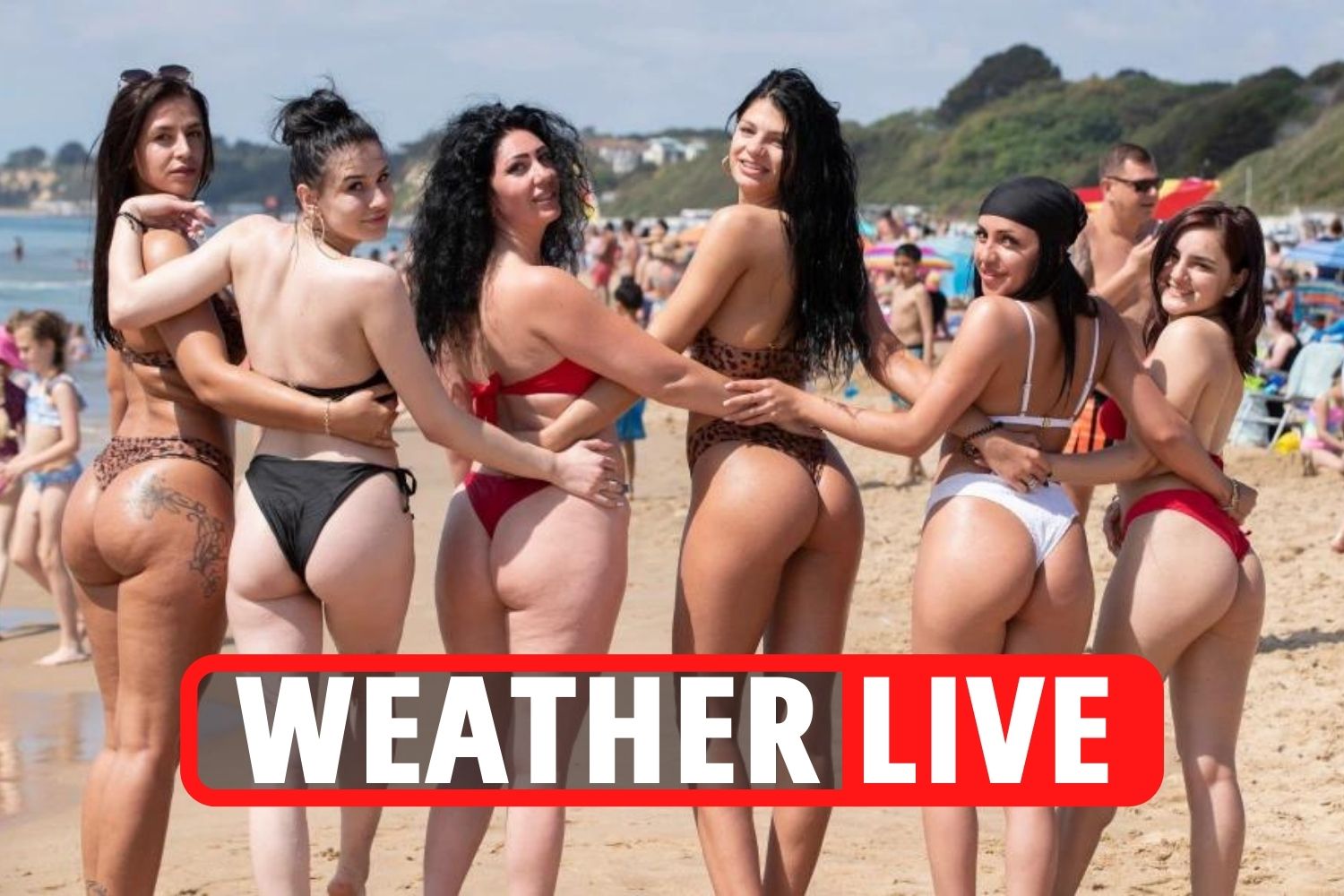 But fuel chiefs have insisted only a small number of forecourts are affected, and urged drivers to fill up as normal as there is no need to panic buy.

It follows yesterday's action which saw climate change block traffic to the M4 by gluing themselves to the top of an Eddie Stobart fuel tanker. 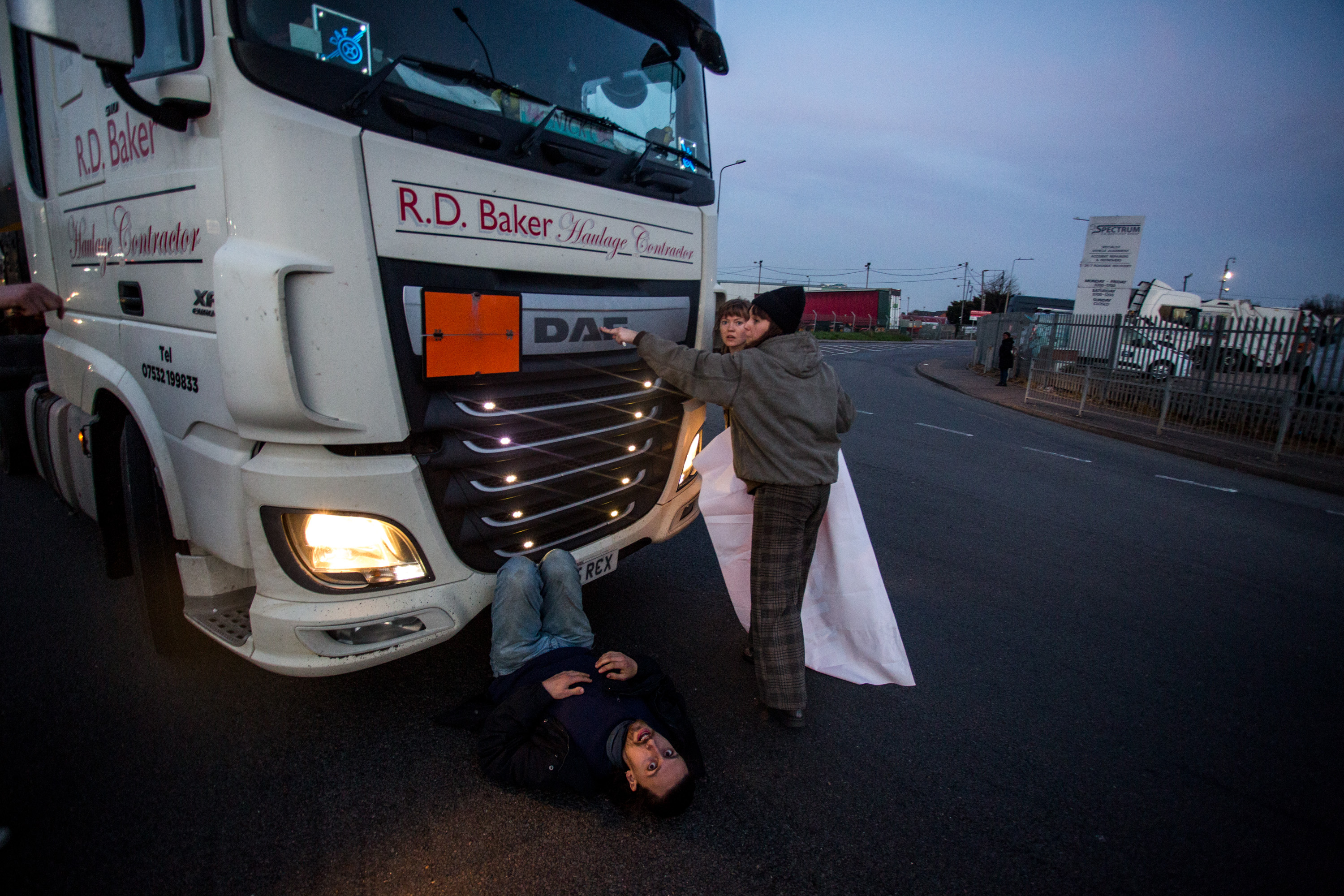 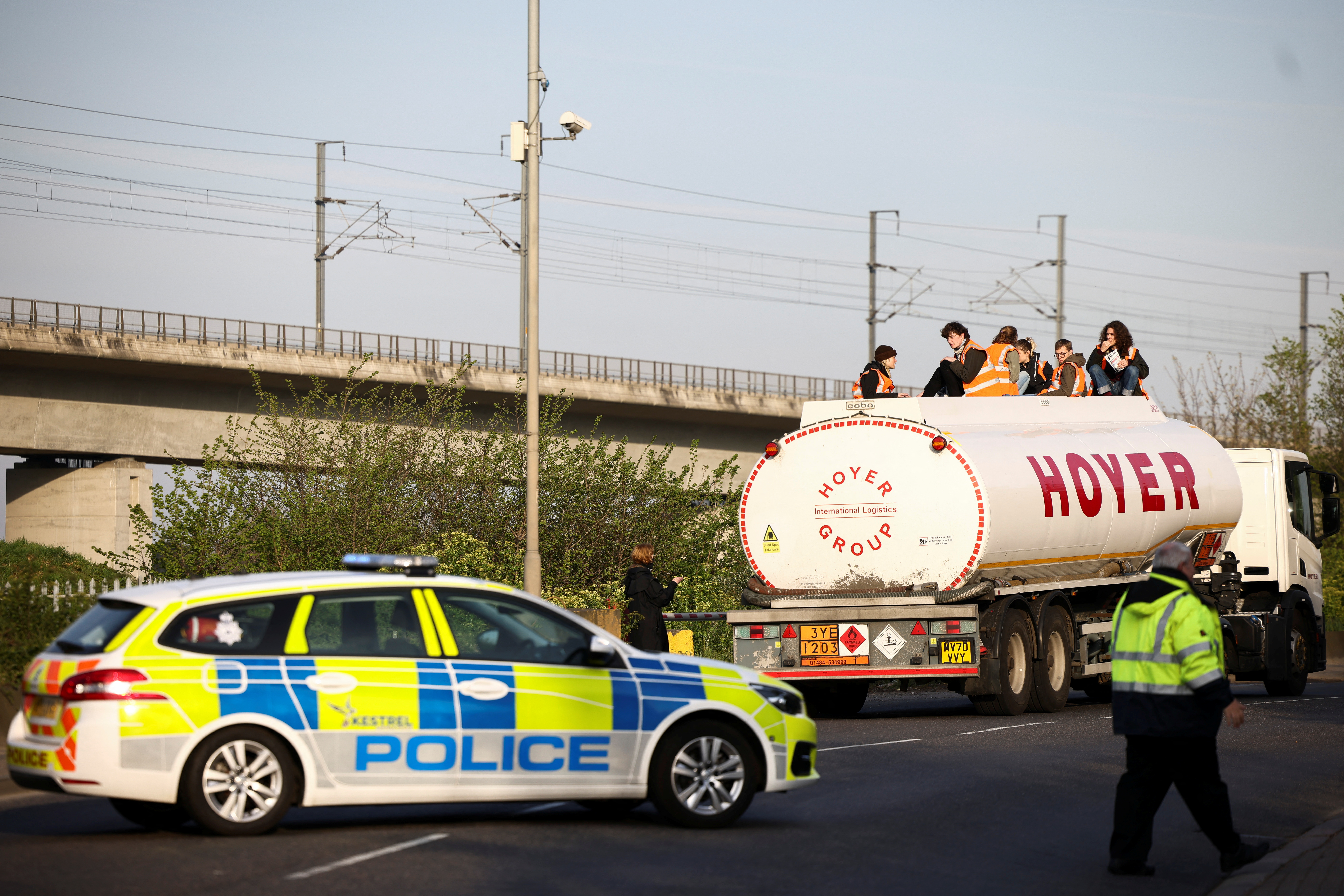 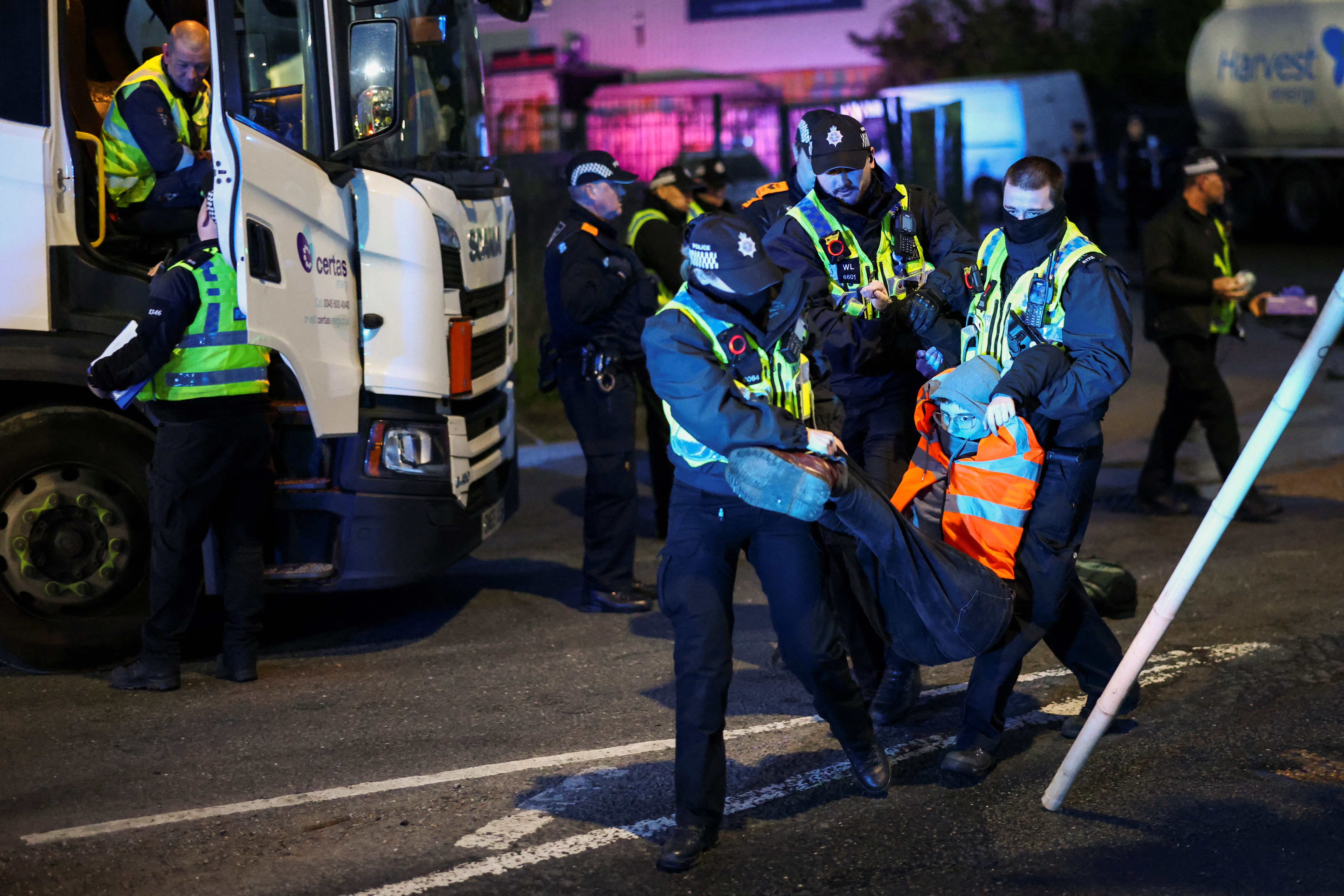 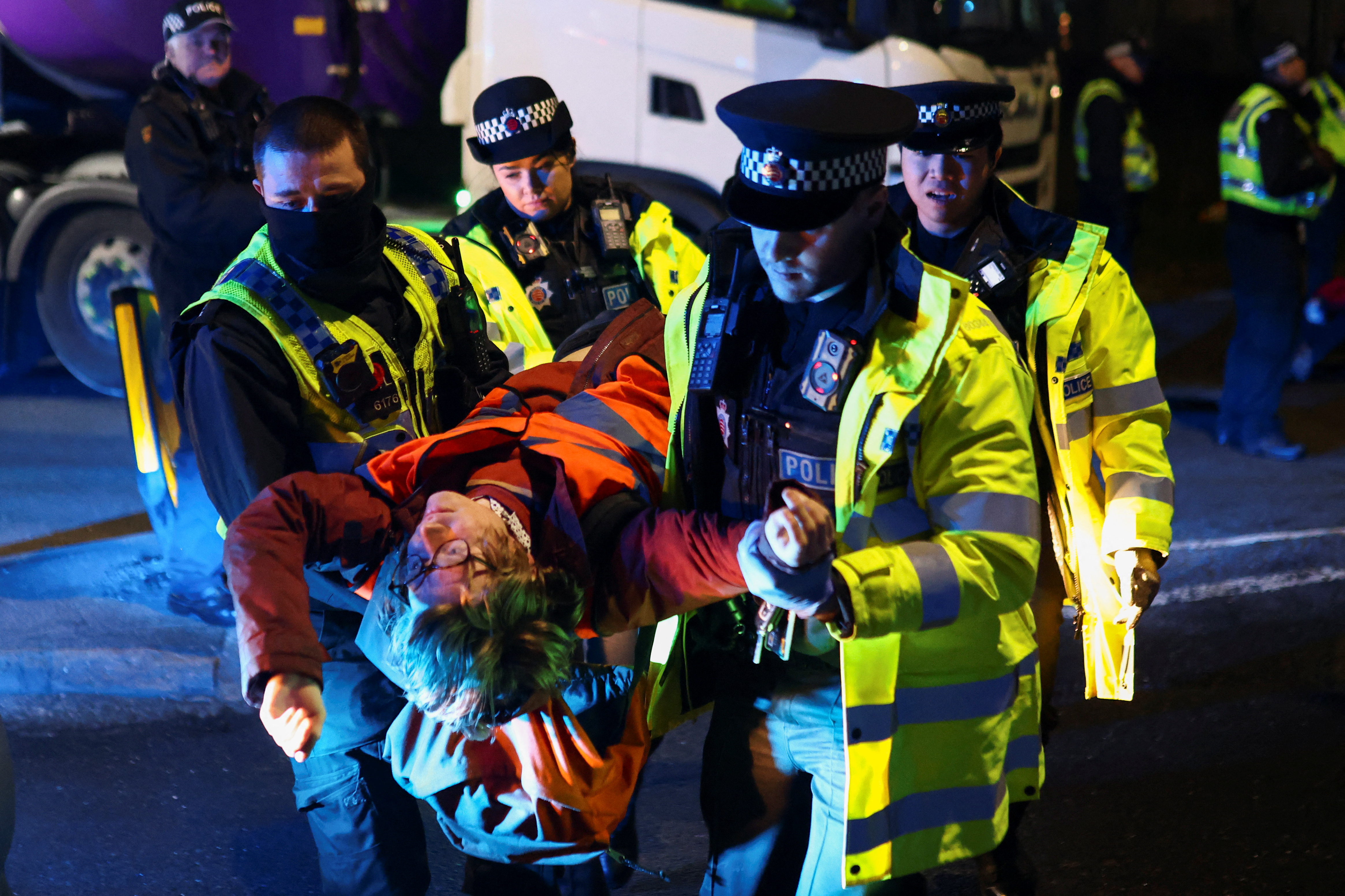