The new person of interest in a teen’s 2000 cold case murder was a registered sex offender living in the area with a striking resemblance to a composite sketch of the original suspect 20 years ago.

Earlier this month, before Massachusetts investigators announced a new lead in the kidnapping and murder of 16-year-old lifeguard Molly Bish, detectives showed the victim’s family a photograph that immediately reminded them of the composite sketch of a suspect decades ago, according to a new report.

The sketch showed a middle-aged, mustached man with dark hair slicked back and a cigarette in his left hand.

It was drawn up after Molly went missing from her lifeguard post at Comins Pond in Warren, on June 27, 2000. 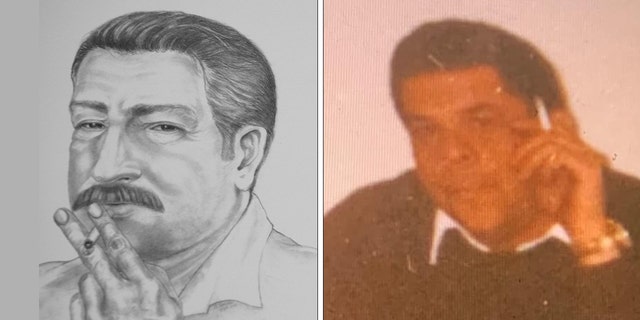 The photo was of Francis “Frank” P. Sumner Sr., a rapist and auto shop owner who died in 2016, and may have had a role in the murder, according to the Worcester County District Attorney’s Office, which announced he was a person of interest in the cold case two weeks ago based on a new tip.

Molly’s mother, Magi Bish, had given a description of a suspicious man she saw in the parking lot a day before her daughter’s disappearance to investigators to begin with – and the resemblance shocked her when she saw it, according to a report in People.

Police had a photo of Sumner, without the mustache but with similar features, the same haircut – and a Marlboro in his left hand.

They showed it to Molly’s sister, Heather Bish, when they were returning her personal items on June 2, according to the report.

When Molly went missing, her shoes, radio and med kit were left behind – prompting a massive search effort that turned up nothing.

Three years later, a hunter found her body about 10 miles away, in the woods of Whiskey Hill in Palmer.

Prosecutors are asking for the public’s help collecting evidence on Sumner’s employment practices, associates, employees, vehicles, travel and known habits. He had a long criminal record that included kidnapping and rape convictions in the 1980s, among other attacks on women.

Sumner lived in Spencer and had an auto shop there as well as others in Leicester and Worcester, according to authorities.

Anyone with information is asked to contact the Worcester County District Attorney’s Office’s anonymous tip line at 508-453-7575.

Investigators had previously looked at other potential suspects, including the convicted killer Rodney Stranger, who was living in Southbridge, Mass., around the time of the girl’s disappearance and soon moved to Summerfield, Fla. He is already in prison serving a 25-year sentence for stabbing his ex-girlfriend in 2008.