His journey: 3,000 miles through snow, rain, wind, cold, heat, mountain elevations, smoke, and more at a grueling pace of 50 miles per day — nearly two marathons, daily — in support of the American Brain Foundation to raise awareness for brain disease research.

“About 18 months ago we started getting the ball rolling with planning and here we are. It’s amazing,” Moon said in a video uploaded Thursday to his Instagram account, where he has documented his journey. 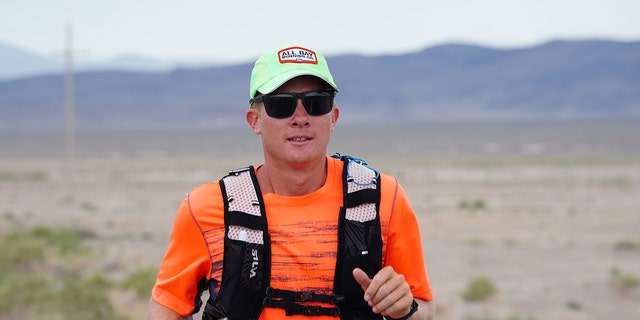 Moon, who calls himself “The American Runner,” initially set out on his coast-to-coast challenge on Sept. 2, with the hopes of completing the run under the current 42-day record. However, unforeseen challenges and an injury pushed his completion date to Veterans Day.

“Jordan suffered initial injuries in Nevada after having to reroute and climb Sonora Pass in California due to the Caldor Fire,” Team American Crew Chief Cory Clarke told Fox News. “It was re-aggravated in Nebraska crossing into Iowa on a tough commuter route.” 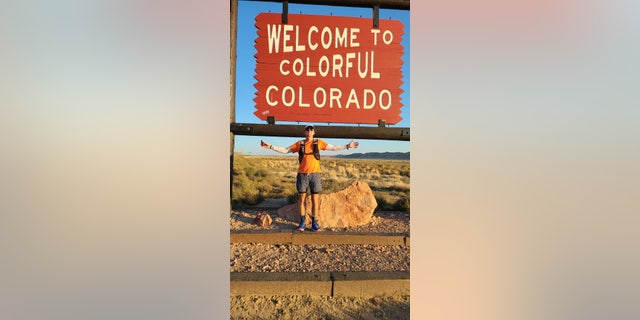 Despite the injury, Moon never missed a day of running. Starting at 4:30 am most mornings, Moon would strive, weather permitting, for 50 miles per day, stopping every 10 miles to change his socks & shoes.

“We kept going for the cause and those he dedicated the run to, including every last supporter of the journey,” Clarke added.

“One-in-six people get brain disease at some point in their lives so what we’ve been doing is meeting people and talking about it. It’s been given us morale when we hear stories and hear people say ‘thank you,’” he explained. 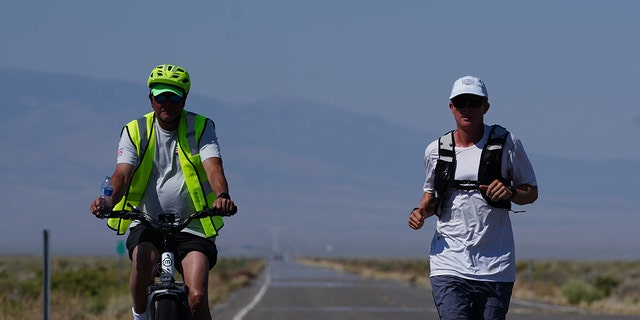 The mission was also personal for Moon, as he described losing a friend who passed away unexpectedly in April.

“We dedicated this run to our best friend, Rob T,” the veteran said in Hackensack, New Jersey, just eight hours before completing his run. “We are raising awareness, also, for mental health because no matter how hard times get, you can get through those tough times but you need support.”

The run was not easy, even for someone with years of training and months of preparation, but Moon’s team kept him encouraged and motivated to see it through.

“We as a team with one another never let him give up! His mantra was ‘So Much Grit, I Can Never Quit!’” the crew chief said. 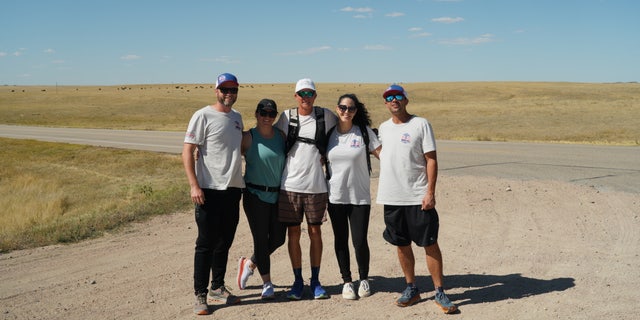