ST. LOUIS  — The city of St. Louis has not destroyed guns seized months ago from the couple who made headlines by waving the weapons at racial injustice protesters, and the couple is trying to get them back.

Robert Dierker of the City Counselor’s Office told a judge during a virtual hearing Wednesday that the guns taken in 2020 from Mark and Patricia McCloskey have not been disposed of, the St. Louis Post-Dispatch reported.

“Obviously with our customary efficiency, we should have destroyed (the weapons) months ago,” Dierker said. “We haven’t. So McCloskey’s a beneficiary of bureaucratic, I want to say, ineptitude. But in any event, it’s fortuitous that the weapons still exist.” 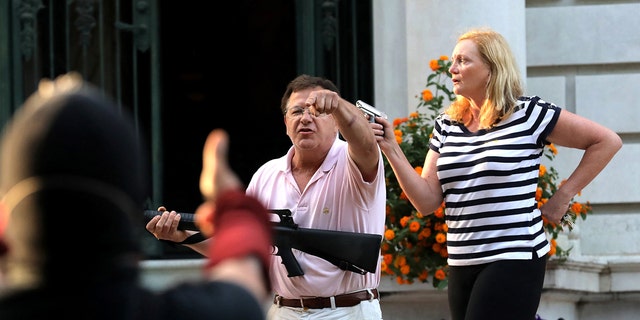 The McCloskeys, both lawyers in their 60s, said they felt threatened by the protesters who walked onto their private street during global protests that followed the death of George Floyd in Minneapolis. Mark McCloskey emerged from his home with an AR-15-style rifle, and Patricia McCloskey waved a semi-automatic pistol.

Photos and cellphone video captured the confrontation, which drew widespread attention and made the couple heroes to some and villains to others. No shots were fired, and no one was hurt. 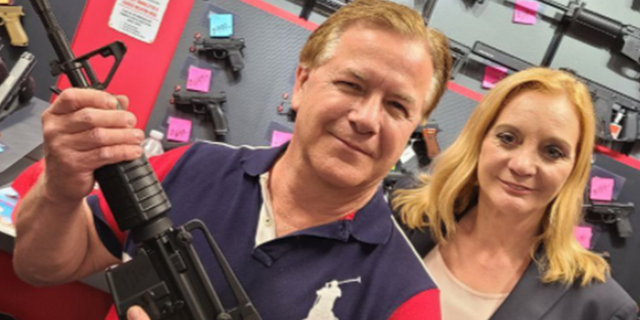 Mark McCloskey, who is running for the U.S. Senate as a Republican, has sued St. Louis, the city sheriff and the state of Missouri to get back the guns.

The use of weapons led to charges and the McCloskeys both pleaded guilty in June to misdemeanors. As part of the plea, they voluntarily gave up the guns. Republican Gov. Mike Parson granted pardons weeks later.

Mark McCloskey, who is running for the U.S. Senate as a Republican, sued St. Louis, the city sheriff and state to get back the guns. He said during Wednesday’s hearing that the pardons also entitle the couple to a refund of their fines.

“The loss of that property would certainly be a legal disqualification, impediment or other legal disadvantage, of which I have now been absolved by the governor, and therefore the state no longer has any legitimate reason to hold the property,” McCloskey said. 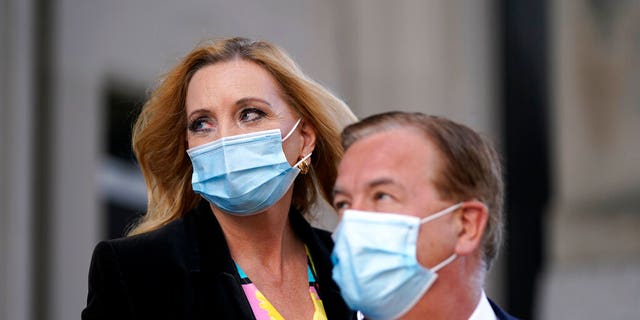 The City Counselor’s Office contends that Parson’s pardon obliterated the conviction, but not the plea agreement in which McCloskey forfeited the guns.