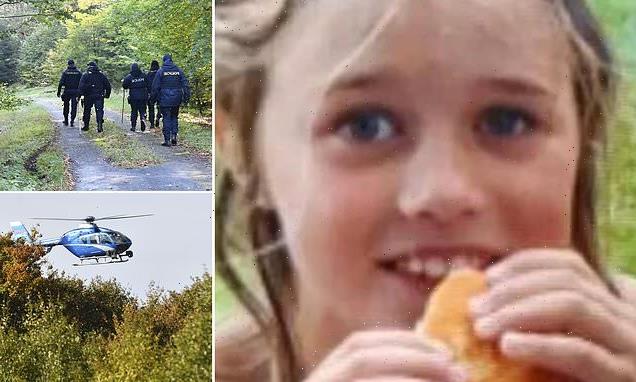 Girl, 8, who disappeared on a family hiking trip to a forest near Berlin found alive after two days in freezing weather without food or water

A German girl who was lost for two days in a forest along the German-Czech border was found alive by rescuers on Tuesday.

Eight-year-old Julia Sleegers, from Berlin, was separated from her family on Sunday and became lost in thick woodland near Mount Cerchov, spending around 45 hours by herself in freezing weather without food or water.

A huge search was launched involving hundreds of rescue workers who found her on Tuesday, with officials saying she was suffering from hypothermia but that her life was not in danger, according to German news agency DPA. 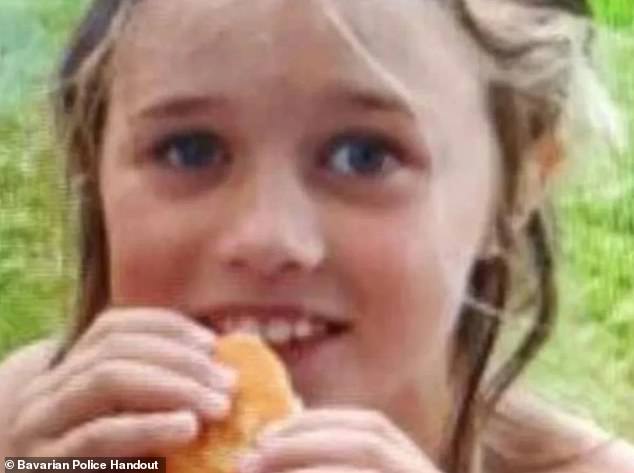 Eight-year-old Julia Sleegers (pictured in a handout from German police), from Berlin, was separated from her family and became lost in thick woodland near Mount Cerchov, spending around 45 hours by herself before she was found by a Czech forest worker and rescued

Bavarian police said in a statement that she was discovered near the town of Ceska Kubice by rescue officials, with German outlet Bild reporting that she was found by Czech forest worker Martin Semecký near a hunter’s perch on Tuesday.

‘She must have been very skilled to do that,’ Semecky, 31, told the German Press Agency, recalling how he found the girl.

The forester, along with two friends, went out searching for Julia on Tuesday, and first checked the hunter’s perch in morning, to no avail.

But later in the day – at around 1.40pm – they returned to the same site to find Julia sitting nearby in the long grass.

Rescuer Semecký told Bild: ‘When we saw her, we couldn’t believe our own eyes.

‘Suddenly little Julia was standing in front of us, she was sitting about ten meters away in the tall grass. It’s a miracle she survived,’ he said.

‘She was shocked and asked about her parents. I have assured her that they are fine and that she would see them soon.’ 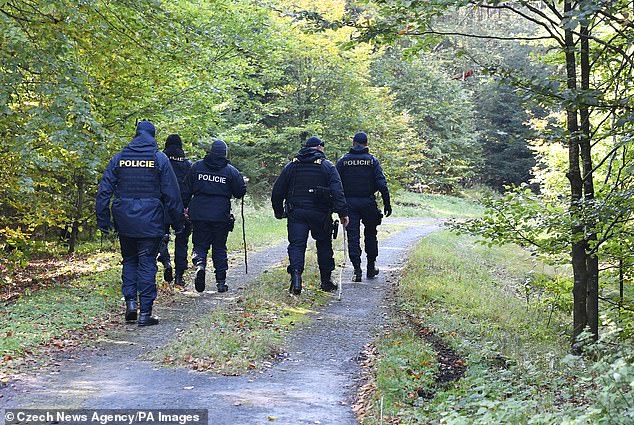 A huge search was launched involving hundreds of rescue workers who found her on Tuesday, with officials saying she was suffering from hypothermia but that her life was not in danger, according to German news agency DPA. Pictured: Police search for the missing girl

Semecký believes that Julia must have used the hunter’s perch for shelter. ‘It was dry and very clean. Most likely she spent the night on the high seat.’

He and his friends took Julia a short distance in their car to get some water and something to eat, before handing her off to German emergency services at the border. From there she was taken to a hospital in Bavaria.

Semecky, saying he didn’t want to be celebrated as a hero for finding Julia, said humbly: ‘So many people in Germany and the Czech Republic were looking for Julia. Thanks to all of you now.’

Police spokesman Florian Beck said of Julia’s condition now: ‘She is alive, she is hypothermic and has been taken to the hospital.’

It is officially unknown how the girl was able to survive in the forest infamous for being nearly impenetrable, and with temperatures falling to near freezing at night.

Julia went missing with her brother and cousin on Sunday as the family from Berlin took a break while hiking in the Bohemian Forest. 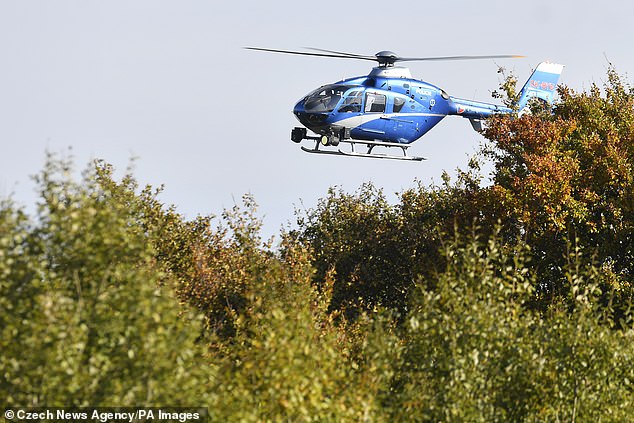 Pictured: Intensive search for the missing eight-year-old German girl continued in the vicinity of the Cerchov mountain, in the Domazlice district, Czech Republic, on October 11, 2021

The two other children were located Sunday evening in the forest near the Bavarian town of Waldmuenchen, but the girl remained missing in a densely forested area with temperatures near freezing.

The Bohemian Forest is known to be so impenetrable that authorities asked volunteers not to join the search, fearing that more people might go missing.

Maria Svobodova, a spokeswoman for the rescue service, told Czech meda that Julia was ‘conscious, cold and tired’, but was not hurt.

‘Excellent news, the little girl has been tracked down, she will now be handed over to the paramedics,’ the post read.

Josef Weindl, spokesman for the Upper Palatinate Police Headquarters, told Tagesspiegel that the little girl remains in hospital, but is otherwise doing well.

Previously, he had said that ‘For two days a child can survive without eating or drinking,’ but it was the low temperatures that concerned him most.