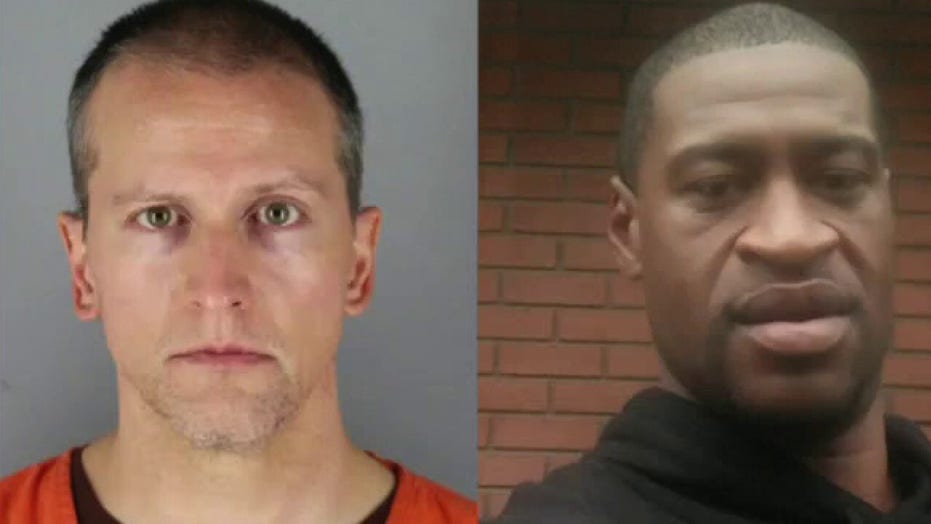 No new jurors were selected Tuesday to be seated in the upcoming trial of former Minneapolis police officer Derek Chauvin, but last week’s historic $27 million settlement in the wrongful death suit of George Floyd, could impact the case moving forward.

Chauvin’s attorney, Eric Nelson, has asked Hennepin County Judge Peter Cahill to delay the trial and move it to a new location over concerns the settlement – the largest in Minneapolis history —  could prejudice potential jurors.

Cahill said he was concerned about the timing of the settlement with the family of Floyd, who died under the knee of then-police officer Chauvin last summer.

“The $27 million settlement is unfortunate, it is something to consider, but let’s face it, it’s not just a legal decision, that’s a political decision, and I think people realize that,” he said.

He will also consider whether to allow evidence from a 2019 arrest of Floyd into the trial. 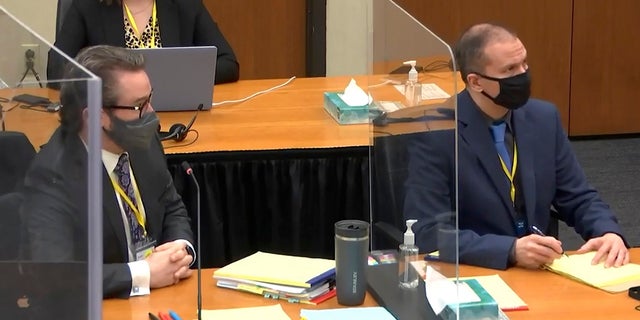 In this image taken from a video, defense attorney Eric Nelson, left, and defendant former Minneapolis police officer Derek Chauvin listen as Hennepin County Judge Peter Cahill presides over pre-trial motions, prior to continuing jury selection on Monday. Chauvin will go to trial for the May 25, 2020 death of George Floyd. (Court TV/Pool via AP)

“The question… it’s what has it done to their perception of the presumption of innocence,” Nelson said.

“I see where you could find fault if we were trying to control the flow of information or the outcome of the civil case,” he told Cahill. “They need to do their jobs. We need to do our jobs and we all need to stay in our respective lanes. This case is in the news. It will continue to be in the news. There will be a story about this case every single day no matter what.” 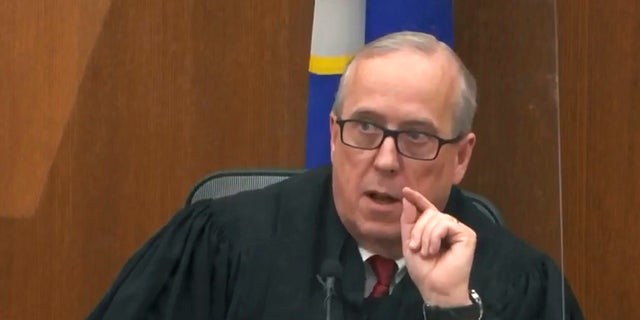 In this image taken from video, Hennepin County Judge Peter Cahill presides over pre-trial motions, prior to continuing jury selection, Monday in the trial of former Minneapolis police officer Derek Chauvin, at the Hennepin County Courthouse in Minneapolis, Minn. Chauvin is charged in the May 25, 2020, death of George Floyd. (Court TV/Pool via AP)

Cahill denied defense requests to allow more juror strikes and for the jury to be sequestered.

No jurors were seated Tuesday as both sides continue the task of forming an impartial panel.

One potential juror said he would try to be impartial but that the video of Chauvin’s knee of Floyd’s neck had been “seared into my memory,” according to his written statement on a questionnaire filled out beforehand.

“I feel the officer took this man’s life,” he wrote.

Another male juror was excused after being questioned about his perceptions of the police. He said he would credit the testimony of a police officer more than someone not in law enforcement. However, when answering the questionnaire, he wrote that he had a negative impression of Chauvin.

So far, nine jurors have been seated. Five more — three for the jury to deliberate and two alternates —  are needed. Selection resumes Wednesday.