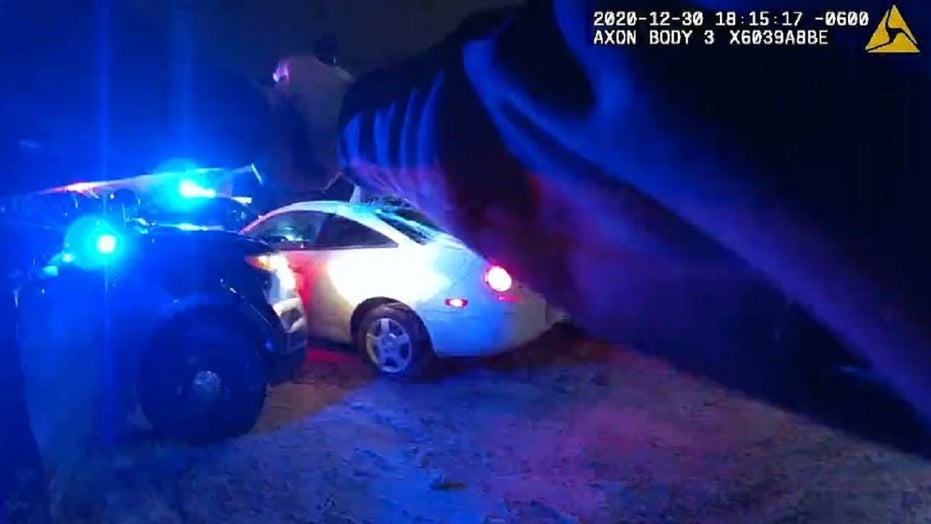 The Minneapolis Police Department on Thursday released body camera footage of the shooting death of Dolal Idd, the first police killing since George Floyd died during an encounter with officers in May.

Idd's father, Bayle Gelle, of Eden Prairie, identified his 23-year-old son as the man shot Wednesday evening at a gas station during a traffic stop for a felony warrant, the Star Tribune reported.

Police Chief Medaria Arradondo said witnesses reported the Idd fired first. Body camera footage from one officer's point of view shows the driver of a white sedan attempting to flee. The motorist collides with a squad car as an officer points a weapon at the vehicle and screams, "Hands up, police!" 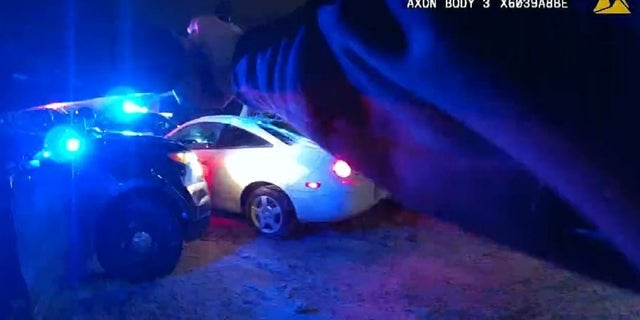 Authorities in Minneapolis released body camera footage of the police killing of a man this week.
(Minneapolis Police Department )

The motorist reverses and another police cruiser pins the car on the driver's side before what sounds like at least one shot fired from inside the vehicle. Officers then return fire and several gunshots are heard.

It was unclear how many shots were fired. The newspaper identified the officers involved as Darcy Klund, Paul Huynh and Jason Schmidt. It was not clear from which officer's camera the footage was taken.

Gelle told the newspaper his son was the motorist killed by police.

"The police, they are brutality," he said.

Police did not discuss details of the felony warrant that led them to pull Idd over.

Online court records showed a string of minor traffic charges against Idd, a felony theft conviction in 2018 and a felony drug conviction in 2017. The records included a birth date that would make Idd 23 years old. They did not summarize the cases.

The records also included a misdemeanor conviction in 2019 for carrying a pistol in a public place. The Star Tribune reported that charges in the case said Idd fired a gun in the basement shower of his parents' home in suburban Eden Prairie with two children sleeping nearby. Idd, a Somali-American, was later arrested with a handgun that had been reported stolen in North Dakota.

Arradondo said the traffic stop was initiated by a police community response team — long-standing units that respond to situations such as drug investigations and gun crime. The police killing is the first in the city since an officer kneeled on George Floyd's neck for nearly 9 minutes, which killed Floyd and sparked unrest throughout the country.

"As chief I recognize the trauma that our city has been under, and we want to do everything we can to maintain the peace," Arradondo said Thursday.

"Our city is experiencing a lot of raw emotion right now," he said. "I know that is especially true for our Somali community, who has lost a young man. Gun violence has gripped our city and today is no exception, but the circumstances and the details of what transpired last night, does not negate the tragedy of yesterday's death."

The state's Bureau of Criminal Apprehension is handling an investigation.