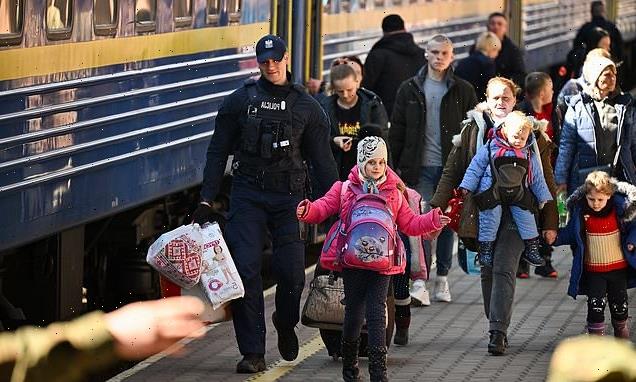 There is understood to be frustration at the slow pace of the Homes for Ukraine programme overseen by Michael Gove’s communities department.

The Daily Mail reported on Saturday there was a backlog of 24,000 completed applications after British families rushed to offer their homes to evacuees.

But at the end of last week only 1,000 visas had been granted to Ukrainians fleeing the war.

The backlog is believed to have grown even larger over the weekend as hosts continued to match themselves with evacuees in need through social media sites. 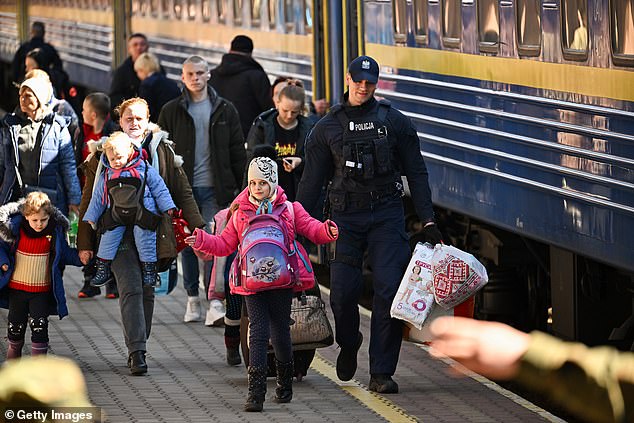 Most of Whitehall’s irritation is being directed at Priti Patel’s Home Office, which processes visas for Ukrainians applying for sanctuary here, insiders said. A source added: ‘There is growing panic.

‘It’s clear that ministers and officials know they have to start delivering on this, or they risk alienating thousands of British voters who are desperate to help.’

Another source said: ‘Ordinary British families, sickened by the horrific images coming out of Ukraine, are yearning to do their bit but are being blocked by civil servants and are losing patience.

‘People are now starting to worry that it could hit Tory turnout in a few weeks’ time at the local elections and beyond.’

Nearly 200,000 hosts have offered to take in Ukrainian refugees. The Home Secretary has repeatedly stressed the importance of maintaining a visa application system for national security reasons.

Although the vast majority of people fleeing Ukraine are women and children, Miss Patel has said it was ‘naive and misguided’ to think Russian agents could not be among them. 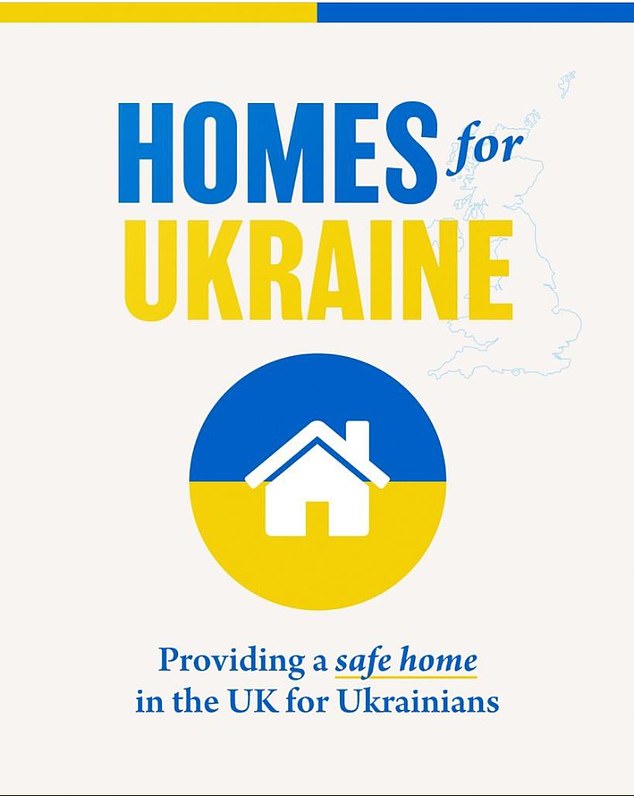 Homes for Ukraine aims to match refugees with individuals, charities and other organisations who can provide accommodation for at least six months, enabling those without family ties in Britain to enter the country

A Home Office source said ‘hundreds and hundreds’ of civil servants are processing visa applications as quickly as possible.

A full government-backed system to match hosts with evacuees is expected to be announced later this week, alongside data on how many cases have been processed. Until then, volunteers can pair up informally with Ukrainians and include those details in the Homes for Ukraine application form.

Hosts have been offered a £350-a-month, tax-free ‘thank you’ from the Government in exchange for taking in refugees for a minimum of six months.