Millionaire businessman’s ex-fiancee, 47, is guilty of smashing down locked toilet cubicle door to punch his new girlfriend in the head after claiming she ‘loved her nails too much’ to hit anyone

Rebecca Vowles, 47 (pictured outside court yesterday) saw Samantha Newby-Vincent, 43, and her ex-lover Max Walker, 54, on the balcony together at a yacht race award ceremony in Poole last year

The ex-fiancee of a millionaire businessman who punched his new lover when she spotted her at a hotel claimed she didn’t do it because she ‘loves her nails too much’.

Rebecca Vowles, 47, saw Samantha Newby-Vincent, 43, and her ex-lover Max Walker, 54, on the balcony together at a yacht race award ceremony in Poole last year.

When she saw Ms Newby-Vincent she shot towards her and called her a ‘fat c***’ before following her to the toilets of the marina hotel, a court heard.

She then bashed down the cubicle door and punched her terrified love rival until she was dragged away by Mr Walker.

He filmed part of the attack on his phone but Vowles told magistrates she didn’t do it because she ‘loves her nails and rings too much’.

She was found guilty of assault and will be sentenced on March 4.

The glamorous blonde told the court: ‘I’ve never bashed a door down in my life – I love my nails and rings too much to do that.’

Instead, she claimed Miss Newby-Vincent, 43, faked the attack by creating a loud bang against the hand dryer and screaming out. But magistrates found Vowles guilty of assault after being shown the video.

The hearing was told Vowles was in a relationship with wealthy Mr Walker, who proposed to her by having the words ‘will you marry me’ written on the sail of his yacht. But the pair acrimoniously split in August 2012.

Mr Walker has been Miss Newby-Vincent, a marketing manager and horse rider, since March 2018. 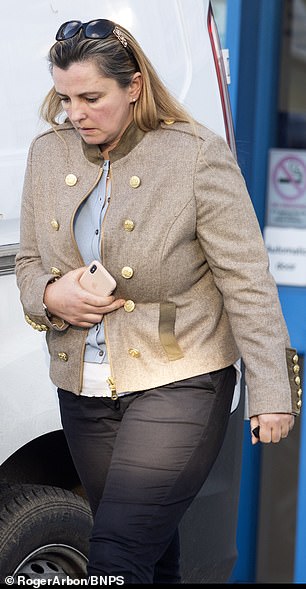 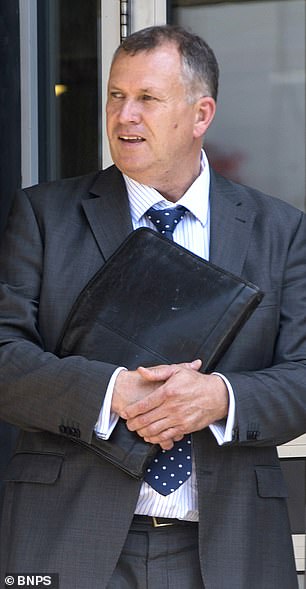 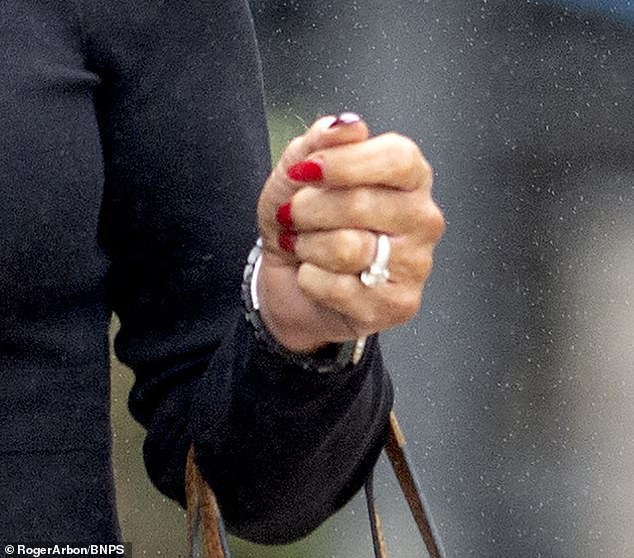 Glamorous blonde Vowles told the court: ‘I’ve never bashed a door down in my life – I love my nails and rings (pictured) too much to do that.’

On June 10 last year Mr Walker and Miss Newby-Vincent had been to the Salterns Marina Hotel in Poole Harbour, Dorset, for the prize-giving ceremony of a powerboat race he had come third in that day.

Vowles was also there and when she saw the two drinking on the garden terrace she made a beeline for their table and hurled abuse at Miss Newby-Vincent, calling her a ‘fat c***’.

Vowles later followed Miss Newby-Vincent her into the toilets.

Mr Walker received a text from his partner asking for help and rushed in with his mobile phone on record.

Giving evidence, Mr Walker said: ‘I did not see the text she sent me at first but thankfully Samantha managed to send a message to our friend and he told me she was in the toilets.

‘I arrived in the toilets, heard a bang and saw Rebecca Vowles on top of Samantha. I then had to drag her off by her waist.’ 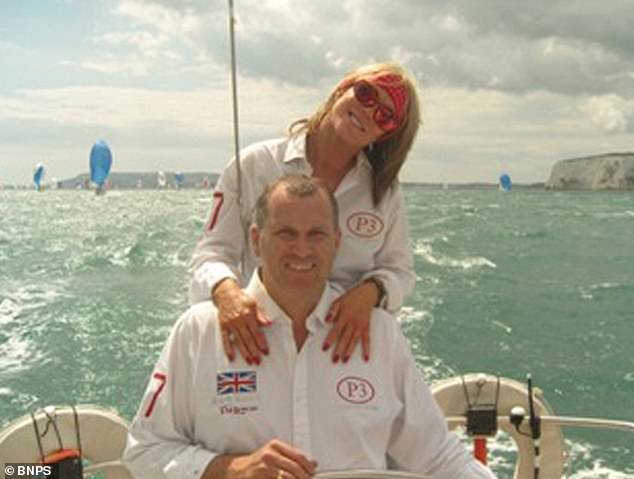 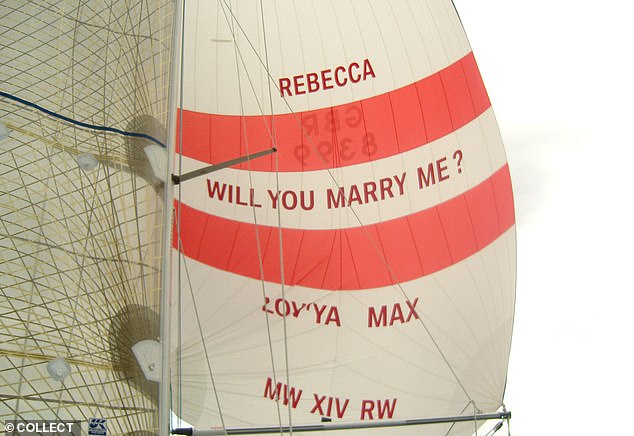 Mr Walker proposed to her by writing ‘Rebecca will you marry me?’ on the sail of his yacht during the Round the Island Race in 2009

Defending herself, Vowles denied punching Miss Newby-Vincent and claimed the whole thing had been ‘a set up’.

Vowles, of Canford Cliffs, Poole, said: ‘Sam looked at me, smirked and hit her hand on a hand-dryer before screaming.

‘I never hit her.’ never punched anyone so why would I punch a stranger? I had never met her before and had no reason to hit her.

‘I wear the same rings every day – I never take them off – and if I punched someone with them they would slice their face up.

‘There is no blood in the images of her injuries and it looks more like a mosquito bite to me.

Mrs Kaye she said: ‘We did not find her evidence to be clear or convincing and her version of events was inconsistent. We therefore find her guilty.’ 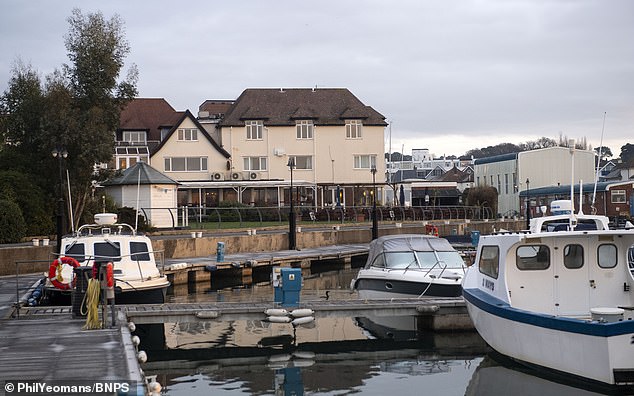