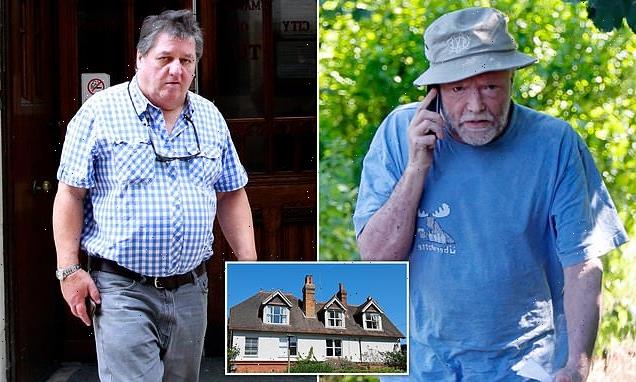 Multi-millionaire is ‘deeply sad’ he had to sue street sweeper friend for the return of £200,000 as neighbours say the drinking buddy has had to sell his £300,000 home to settle the debt

A multi-millionaire has said he is ‘deeply sad’ that he had to sue his street sweeper friend for the return of £200,000 after it was revealed the pal had to sell his home to settle the debt.

Wealthy John Rankin Cornforth said he did his ‘absolute damnedest’ to resolve his dispute with local council worker Simon Denyer.

After a judge ruled in his favour the former legal clerk, who inherited millions when his father died, insisted he took his former friend to court after repeated attempts to resolve the matter had failed. 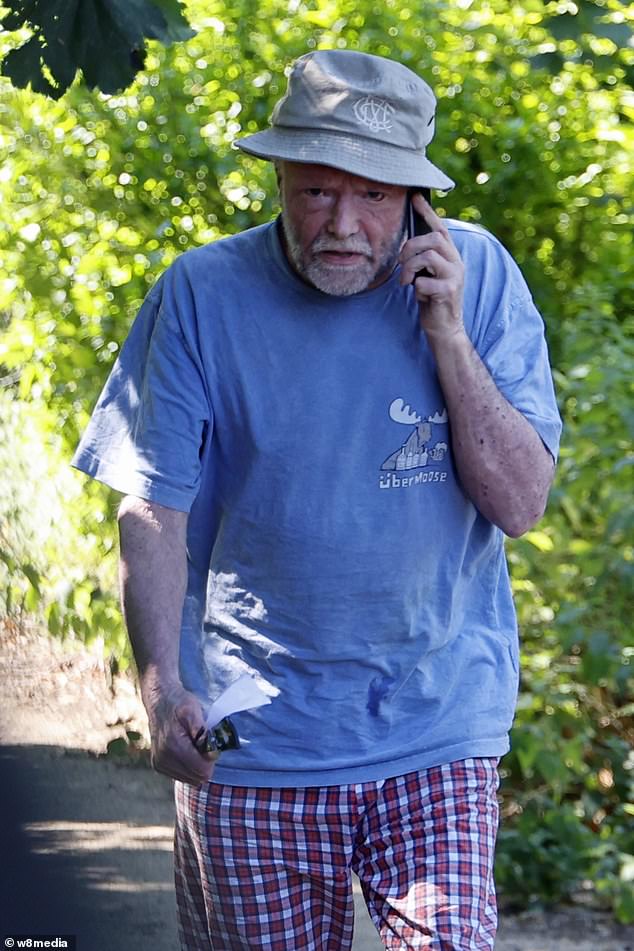 Neighbours told how Mr Denyer, also 63, had been forced to sell his home of more than 25 years after Mr Cornforth sued him in a bid to make him pay the ‘enormous sum’ back.

Mr Cornforth, who lives on a £1.5 million farm with acres of land in Bramley, near Guildford, Surrey, insisted told MailOnline: ‘I was left with no choice.

‘It was unfortunate it got to the stage that it got to. He was given umpteen chances by myself and my lawyers.’

‘I’m deeply sad that it ever came to this.

‘It’s very sad. It’s very, very deeply sad because I did my absolute damnedest in the face of lies and deceit.

‘He tried to rip me off and I had to go to court to resolve the matter. 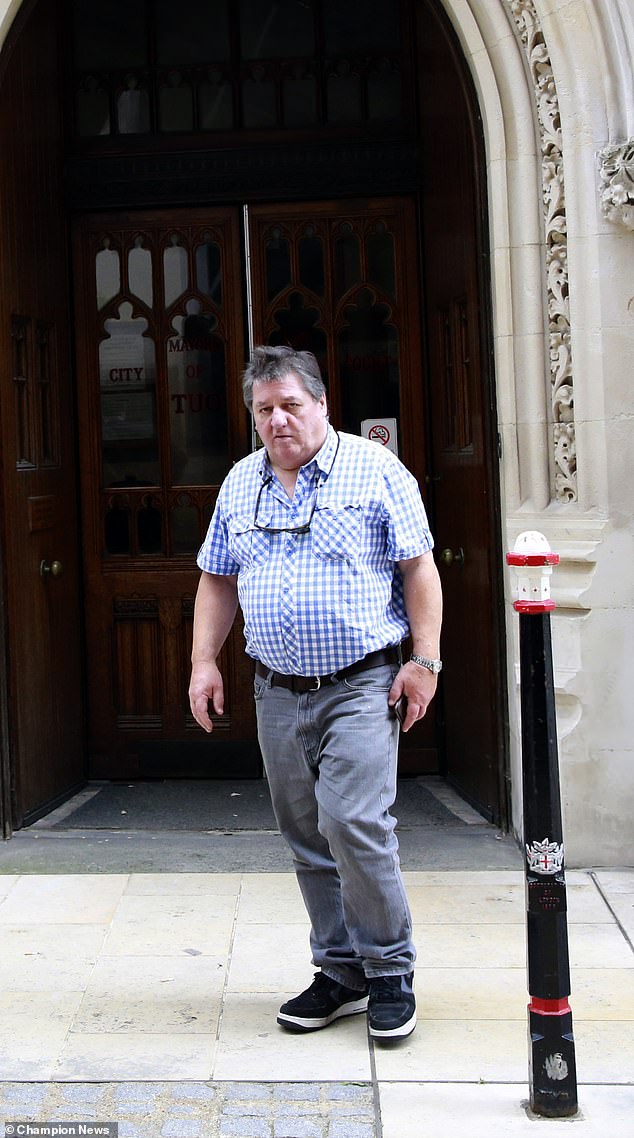 The pair, who had been friends since 1979, after Mr Cornforth, 63, asked his ‘drinking buddy’ to return £200,000 to pay off divorce bills and his mortgage nearly 10 years ago. Pictured: Simon Denyer outside court

‘He asked me to do him favours, lend him money. I did everything he asked of me and then he tried to rip me off.

‘The judge looked at the evidence and came to a very clear conclusion in my favour. I think that says it all – the law.’

Mr Cornforth, who also owns property in New Zealand worth £600,000, was already living a wealthy lifestyle on a substantial family trust fund before he came into his inheritance, the court heard.

Mr Cornforth told the hearing he believed his friend, who he had met at a New Year’s Eve party, would soon inherit a fortune and be able to pay him back. 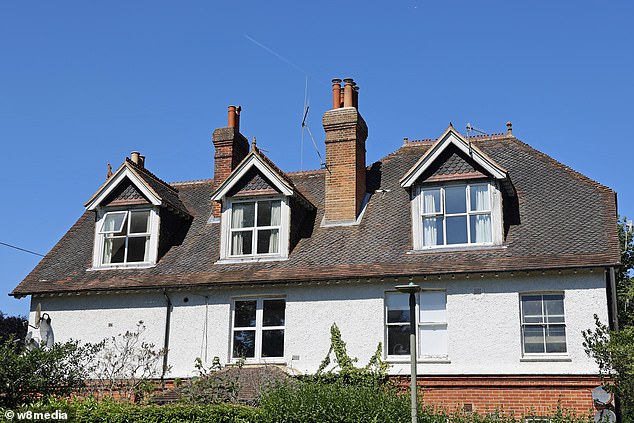 Mr Cornforth, who lives on a £1.5 million farm with acres of land in Bramley, near Guildford, Surrey, insisted told MailOnline: ‘I was left with no choice.’ Pictured: The £300,000 home that Simon Denyer was forced to sell

He insisted the money had been paid as a loan to help his friend out in his time of need.

Mr Denyer claimed the money had been given to him as a gift and refused to hand back the £125,000.

But after winning the case Mr Cornforth, who has run a B&B business at his property, said: ‘I did somebody favours. Somebody tried to rip me off and then lie about me – not happy.

‘A long term very close friend tried to do that. I did my absolute damnedest to avoid it.

‘He asked me to do him favours. I did everything asked of me and more.’

Mr Cornforth added: ‘The judgment makes everything clear about who did what.

‘The judge clearly states what conclusion he came to under the law of the land.

‘I knew he had sold his place. You would have to ask him if it is related to this.

‘The judgment makes everything clear about who did what. The judge clearly states what conclusion he came to under the law of this land.’

The two-day hearing was told both men came from wealthy family backgrounds. Mr Denyer’s father Derek served for a year as mayor of the Surrey borough of Elmbridge in 1998.

Derek, who had four children, worked at Esso and BT before he retired as their director of logistics. He died aged 80 in 2012.

Mr Cornforth’s father was described in court as ‘a rich man who supported him generously throughout his life’.

Their fortunes veered in opposite directions when Mr Cornforth inherited ‘millions of pounds’ in cash and shares from his father.

Mr Denyer ended up cleaning the streets for the local council after facing a ‘highly acrimonious and thoroughly unpleasant’ divorce from his former wife Tracy.

Mr Cornforth helped his friend get himself back on his feet and paid off the mortgage on his home – on the top floor of a converted house which has been divided into five flats.

Neighbours told how Simon – who collected old cars including a Morris Minor – kept his financial problems to himself.

They were shocked when he suddenly put his home on the market earlier this year and moved out.

One woman neighbour said: ‘Oh no! I had no idea this was happening. Simon lived here for many, many years. He sold his place earlier this year and moved out.

‘Poor Simon. He’s a really nice person. He moved out a few months ago. He didn’t say why he had suddenly decided to sell up after this was his home for such a long time.

‘He sold the place about four months ago for £350,000. It’s really sad. He’s a nice guy. I don’t know where he went. I was sad to see him leave because he was a lovely friendly neighbour.

‘This was his home for years so it was a shame he had to move.

‘I was surprised he was moving but he said ‘oh my mortgage is up’ and that was it. He never discussed his business.

‘He lived on the whole top floor. He always lived there by himself. He didn’t seem to have many friends. We just chatted when he was going down the stairs.

‘I don’t think he was involved in anything in the community. He didn’t go out much except to work. He was a bit of a loner.

‘He was a nice guy but I never saw him with anyone. He never had a girlfriend.

Another neighbour said: ‘Simon was here for many years but then suddenly he left.

‘Everybody here knew him. He had these old cars. One was a Morris Minor. It was a bit of a nuisance sometimes as he would sometimes park it outside on the road blocking people’s driveways.

‘I don’t think he meant any harm. He just loved his cars.’

Mr Cornforth’s solicitor Alex Dawson of DMH Stallard said: ‘It’s a sad case. It was a result that we expected and Mr Cornforth has been vindicated in the eyes of the law.’