A milkman was given an early morning wake-up call when he was dramatically arrested by police who had mistaken him for a burglar because he was ‘driving around so early in the morning’.

The unnamed driver for Aycliffe Dairies, in Newton Aycliffe, County Durham, had been carrying out his morning rounds at around 5am Wednesday when he noticed police at the Greenfield Convenience Store.

He initially thought nothing of it but then realised police were following his milk van.

He immediately rang his boss Russ Gibson to say he thought he was going to be pulled over, and he was.

But after a brief questioning he was allowed to continue on his route – only to be arrested while stopping for coffee a mere 15 minutes later, as three police cars swooped in and pulled him out of his vehicle.

He said: ‘The driver said the police were following him and then pulled him over. 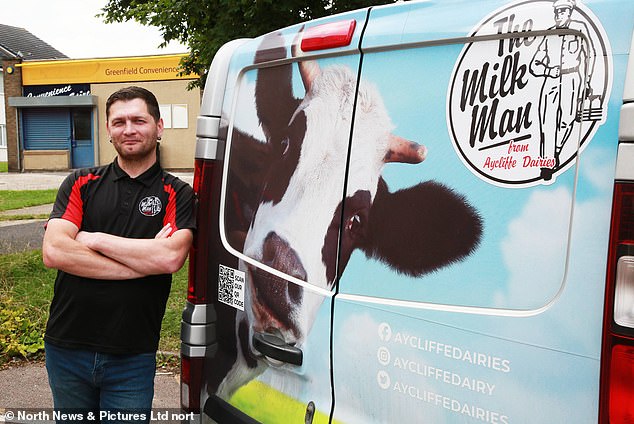 ‘He explained he was delivering milk but they kept asking what he was doing this early in the morning and just kept questioning him.

‘He even opened the back of the doors and showed them the milk but said he was told there had been a break in at Greenfield shop and that he matched the description.

‘After a while though police ended up believing him and he just kept driving.’

Mr Gibson said 15 minutes later the driver stopped for coffee when he was surrounded by three police cars.

He said he was told officers then got out of their vehicles took him out the car and arrested him.

Mr Gibson said: ‘He showed them his work badge and told them to look at the delivery sheet but was told to stop resisting, it’s crazy.

‘Next thing I knew they took him to the police station.

‘We have a tracker on the van so I went to pick it up but there was a cop car guarding it.’

The business owner claims he was told the van could not be moved as it was evidence but told officers he needed to take the milk out of the vehicle to ensure it did not go off.

Mr Gibson said after explaining the situation to police he was able to get the driver released and then able to recover the van at 7am. 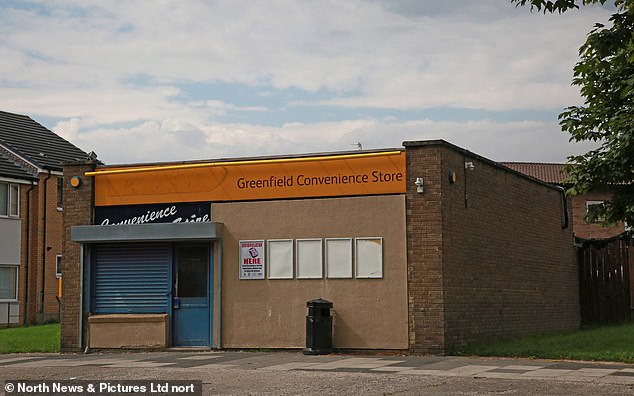 A spokesperson from Durham Police said: ‘Police were called at 2.30am to reports of an attempted burglary at a shop on Greenlee Garth, in Newton Aycliffe.

‘CCTV from the shop appeared to show a van and an individual acting suspiciously. Officers attended the scene and stopped a van nearby.

‘After refusing to provide his details, the driver of the van was arrested on suspicion of attempted burglary and obstructing a police officer.

‘He has since been interviewed by officers and released without charge for the attempted burglary.

‘He was released under investigation in relation to the arrest for obstructing a police officer.’