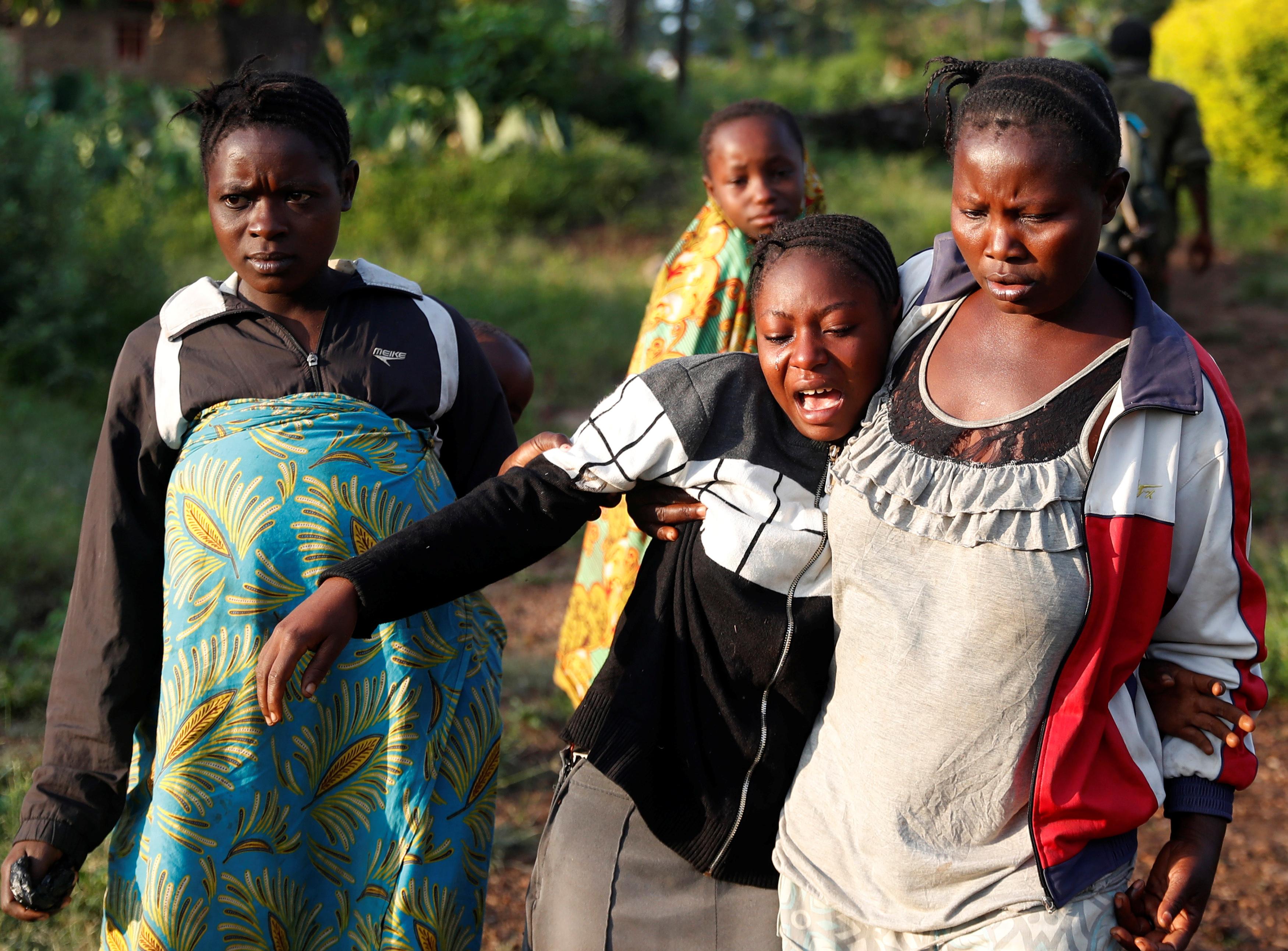 Repeated attacks by armed groups on civilians, Congolese soldiers and U.N. peacekeepers have hampered efforts to contain the epidemic, the second worst in history.

So far, it is believed to have infected 471 people and killed 273 of them. Congo’s health ministry announced 13 new confirmed cases on Thursday, one of the highest one-day totals since the outbreak was declared in August.

A local army spokesman, Captain Mak Hazukay, told Reuters the civilians were killed late on Thursday during two separate attacks near the town of Beni.

“They killed some of them and took others hostage … dragged them into the suburbs, where they burned down a house and savagely executed the hostages,” he said.

A Reuters witness saw the bullet-riddled bodies of five women on the outskirts of Beni. Hazukay, also present on the scene, said another 13 bodies were lying in the woods nearby.

A local civil society leader, Kizito Bin Hangi, said the attack was carried out by militants belonging to the Allied Democratic Forces (ADF), a Ugandan Islamist group active in the area.

Congolese authorities blame ADF rebels for dozens of attacks over the past four years that have killed more than 1,000 civilians, although independent experts say other armed groups and Congolese soldiers are responsible for some of the killings.

The attacks have undermined health authorities’ ability to reach patients and others exposed to Ebola. Mistrust of first responders has also led some locals to refuse treatment or safe burials, aggravating the outbreak.