The 11-year-old girl who was the sole survivor of a small plane crash on Saturday on an island off Michigan’s coast said her last memory of the tragedy was her father trying to save her.

The twin-engine Britten-Norman plane took off from Charlevoix on the state’s lower peninsula and headed for Welke Airport when it crashed on Beaver Island at around 1:30 p.m., killing four passengers. Laney Perdue, who is in stable condition, was the sole survivor. Her father was one of the casualties. 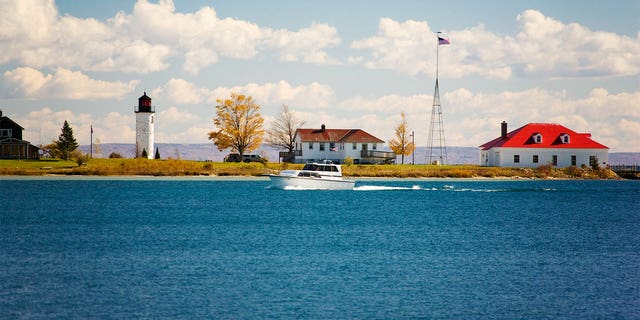 Christina Perdue, the girl’s mother, said in a statement obtained by ABC News that her daughter’s last memory before the crash was of her father protecting her.

“We are heartbroken with the loss of my husband, a father, brother, son and friend,” the statement read. “He [Mike Perdue] gave the best bear hugs, and I believe he grabbed our daughter and protected her.”

The Coast Guard district that serves the Great Lakes region tweeted that aircrew members conducted a medical evacuation of a man and an 11-year-old girl. The ABC report said the helicopter crew performed chest compressions on the girl while en route to the hospital.

They were taken to McClaren Northern Michigan Hospital in Petoskey. The other passenger, who was not identified, died at the hospital.