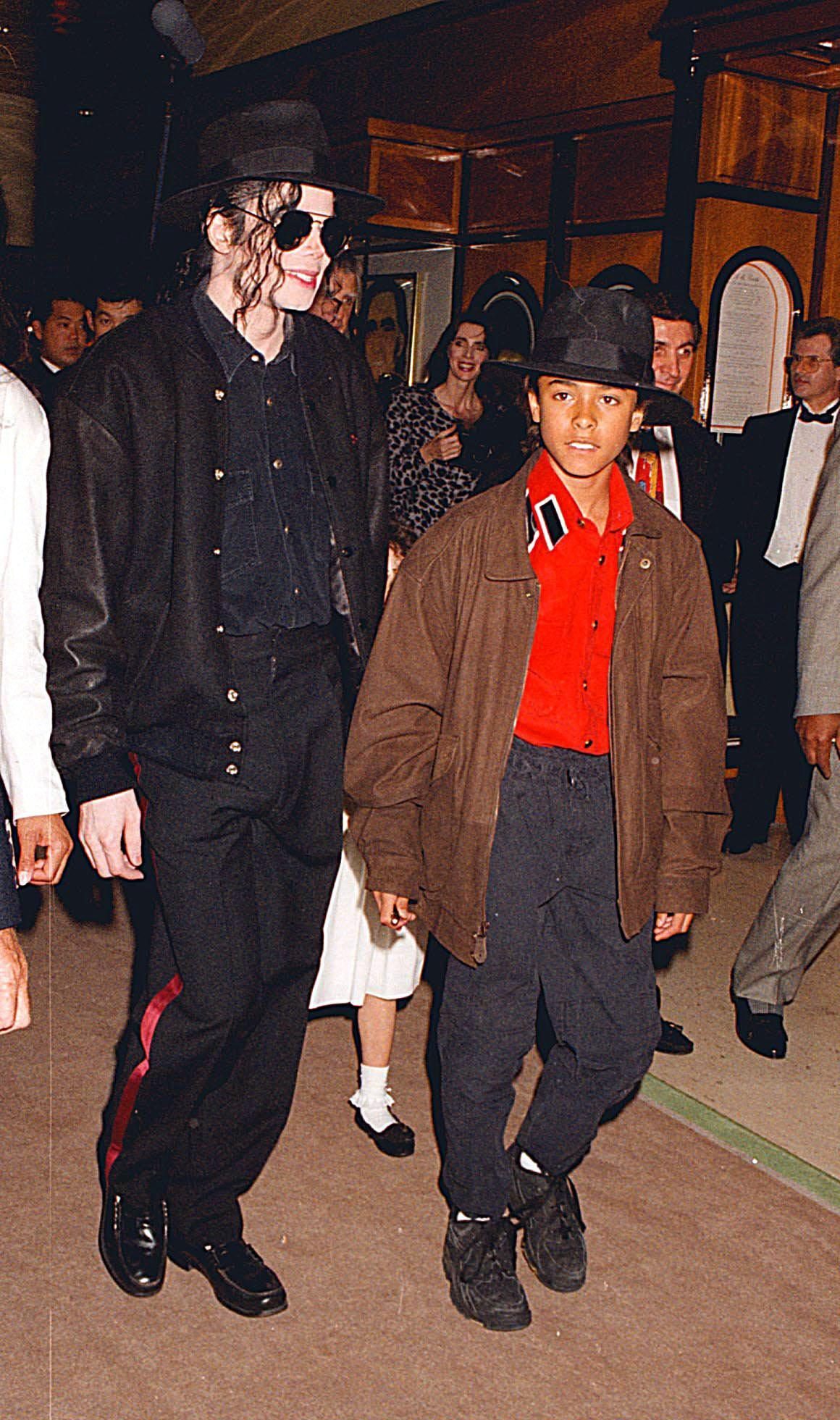 On other occasions Jackson performed oral sex on the teenager and got him to suck on his nipple as he masturbated, it adds.

Jordan's dad Evan Chandler decided to confront the Thriller singer after becoming suspicious of his then 13-year-old son's close relationship with Jacko, according to the Chandlers original Santa Barbara Police complaint.

A copy of the official affidavit was filed as part of a 1995 lawsuit in which former Neverland employees who allegedly witnessed the abuse accused Jacko of "gagging them".

A copy of a search warrant ordering officials to examine Jacko's body "including his penis" in a bid to see if his physical appearance matched up with Jordan's description, is also included in the court filing.

The police complaint, which caused police to raid Jacko's Neverland ranch in 1993, describes how angry Evan went to Jackson's "hideout" residence in Century City, Los Angeles and "confronted Jackson" over the alleged abuse. 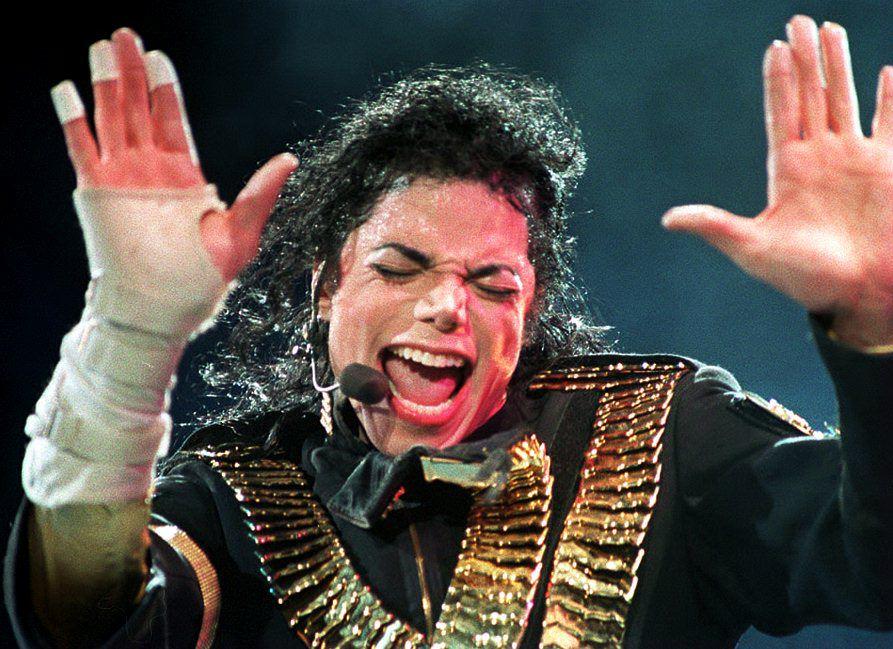 "Based on his observations Mr Chandler believed that Jackson was molesting Jordan…," the affidavit states.

"Jackson became very upset and replied that he does not use that word.

"Jackson did not deny the allegation or answer the question."

The singer ended up shelling out $23 million to the Chandler family, which prevented the case going to court.

But prior to that, Evan hired a lawyer and had meetings with Jackson's representatives in which he asked for the King of Pop to set up a trust fund for his son to pay for counseling, the document says.

After no agreements were reached, Evan decided to make Jordan an appointment with a private psychotherapist, knowing that the doctor would be required to report the abuse to authorities. 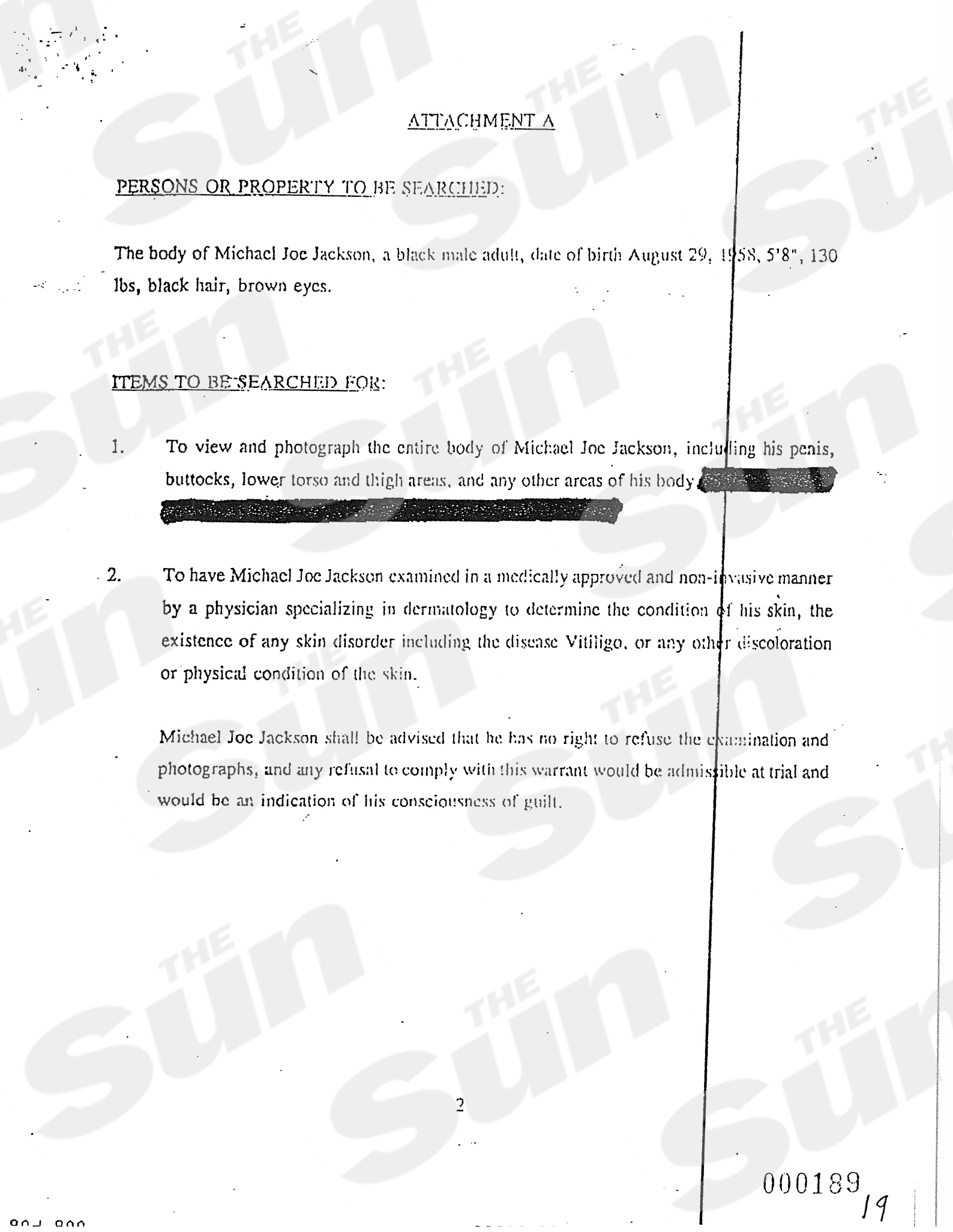 The psychotherapist – Dr Mathis Abrams then wrote: "a mandated child abuse report which identified Jordan Chandler, age 13, as the victim of sexual abuse by Michael Jackson" which he sent to the Los Angeles County Department of Children's Services.

"During the sexual abuse, Jackson justified the activity by telling Jordan that it was okay and natural because other friends have done this with Jackson."

According to the documents, young Jordan first met Jacko at his stepdad's Rent-A-Wreck business in Los Angeles in 1992 when the star's car broke down and he had to rent one.

The singer then began calling the 13-year-old and they became so close, according to the affidavit, that Jordan didn't see his real dad Evan "for several months". 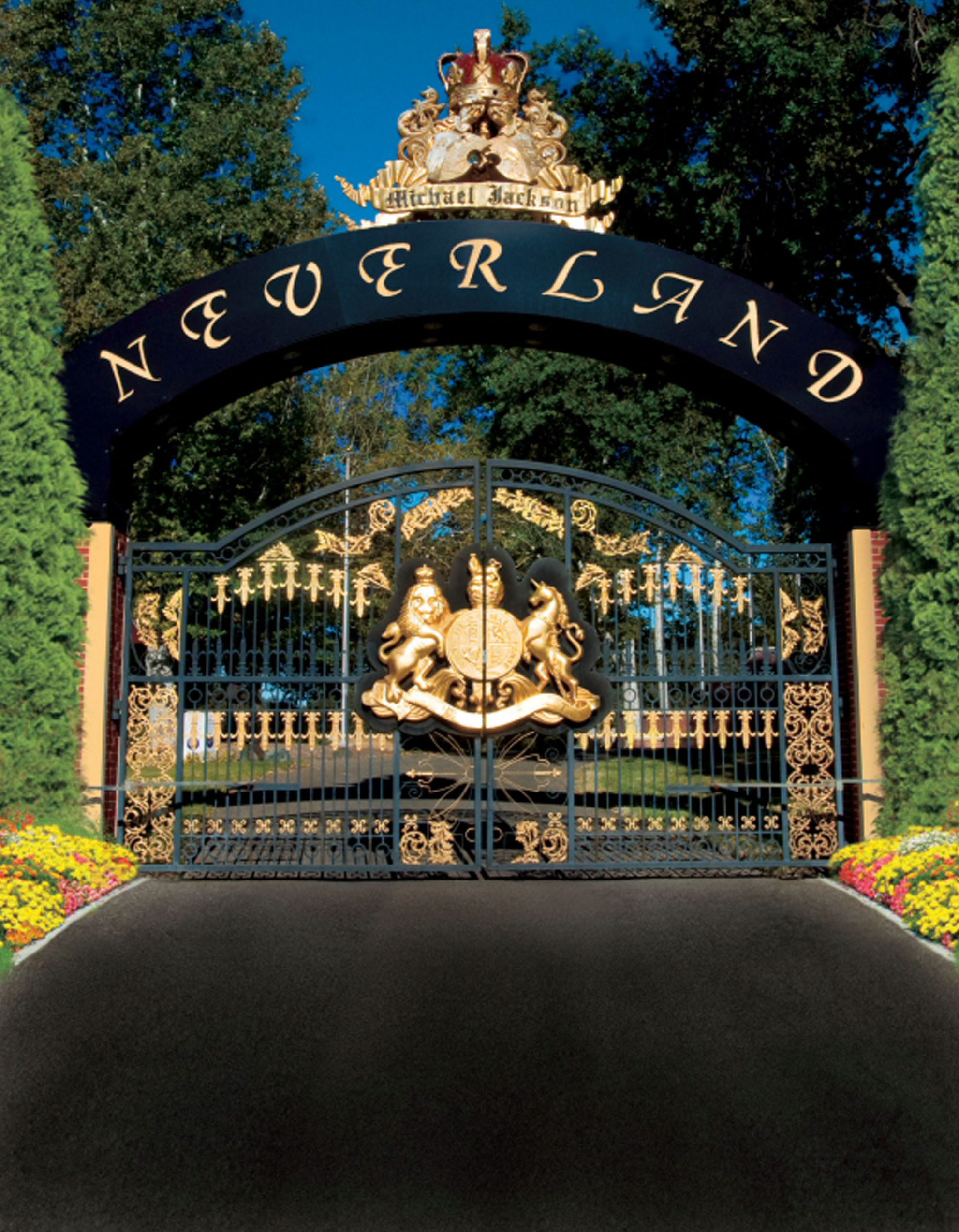 Jordan says he first slept in the same bed as the star during a trip to Florida in 1993 – during which Jacko "cuddled with Jordan and rubbed against him so that Jordan felt Jackson's erect penis against him."

The abuse soon escalated, according to the documents, and during a trip to Monaco, Jackson "masturbated" Jordan and ask him: "Wasn't that good?"

"Jackson and Jordan then bathed and laid in bed together.

Later Jordan alleges that during another trip to Florida, "Jackson directed Jordan to suck on Jackson's nipple while twisting Jackson's other nipple.

"Jackson then masturbated himself." 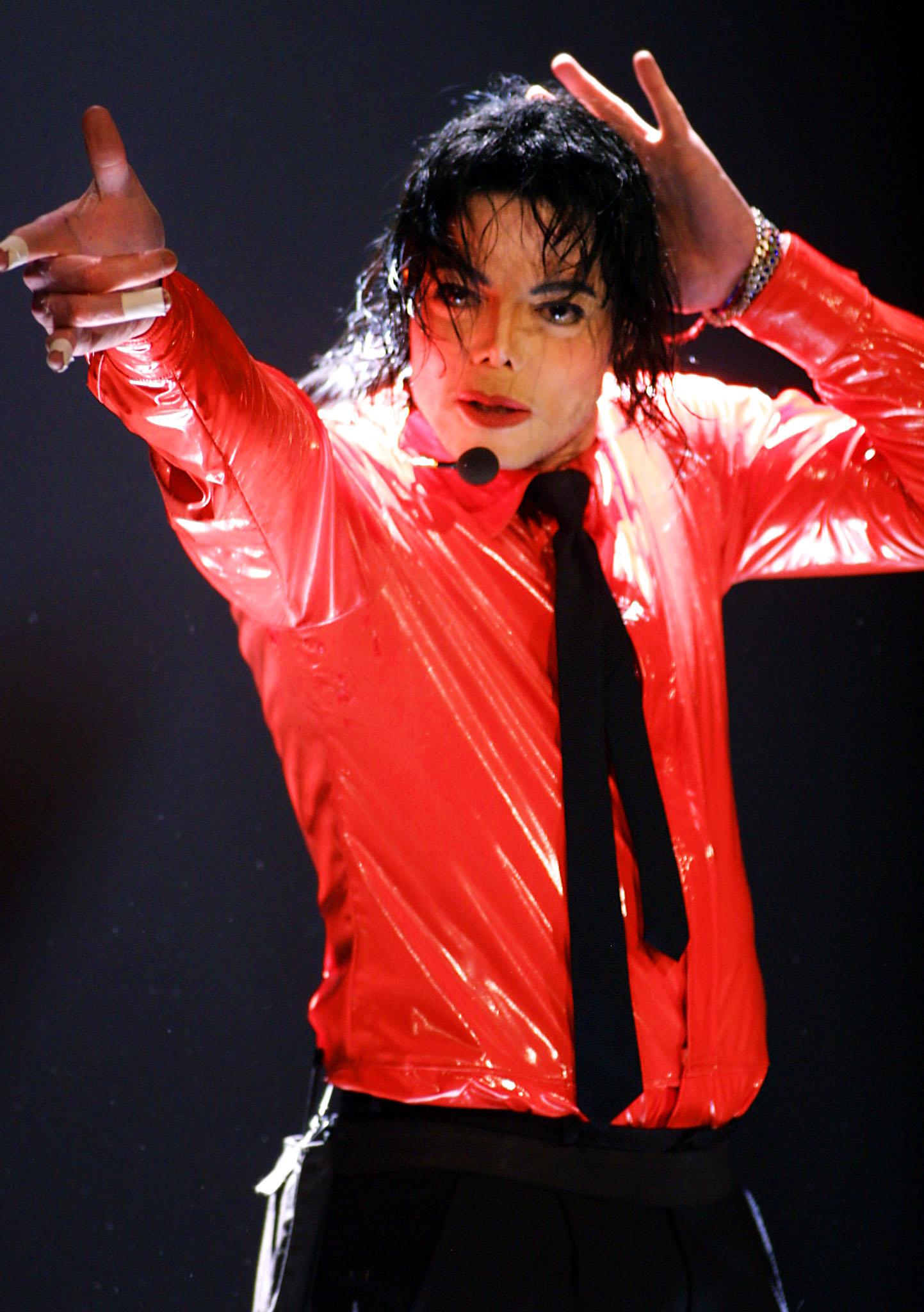 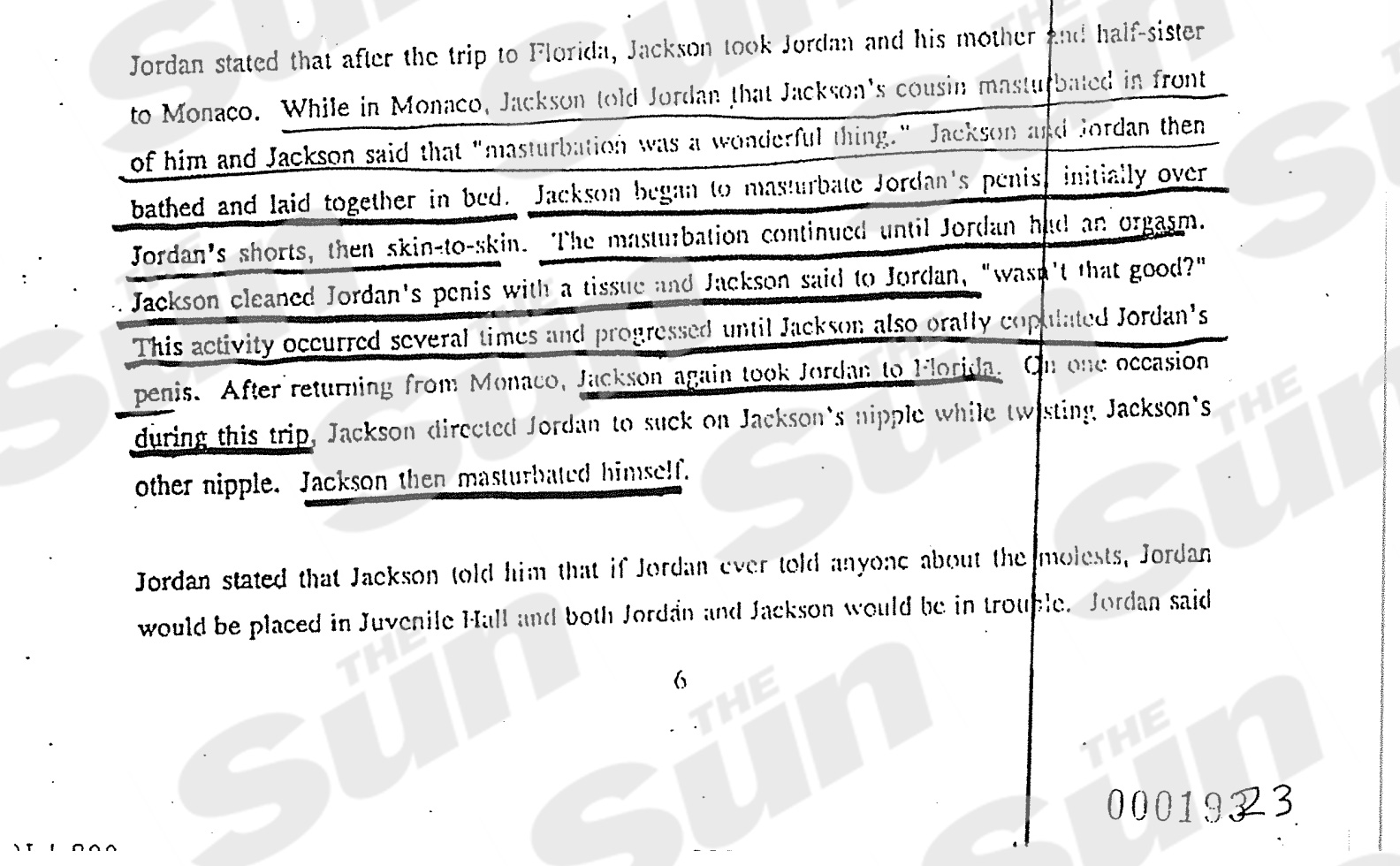 Jacko apparently told the teen that if he ever told anyone what had happened, "Jordan would be placed in Juvenile Hall".

He also admitted that "he did this with other boys" but "he didn't go as far with them".

The affidavit goes on to explain how Jordan was interviewed about details of Jackson's naked body by authorities – but all the details of what he said are blacked out in the court filing for privacy reasons.

However in an un-redacted section, Jackson's doctors claim that the star suffered vitiligo, a disease which causes depigmentation of the skin, which gave him blotches and areas of discolouration on his body and legs.

The same doctor – dermatologist Dr Arnold Klein also claimed that Jackson once put his vitiligo cream – which helps to even out the skin's colors – on his genitals, which "burned" them. 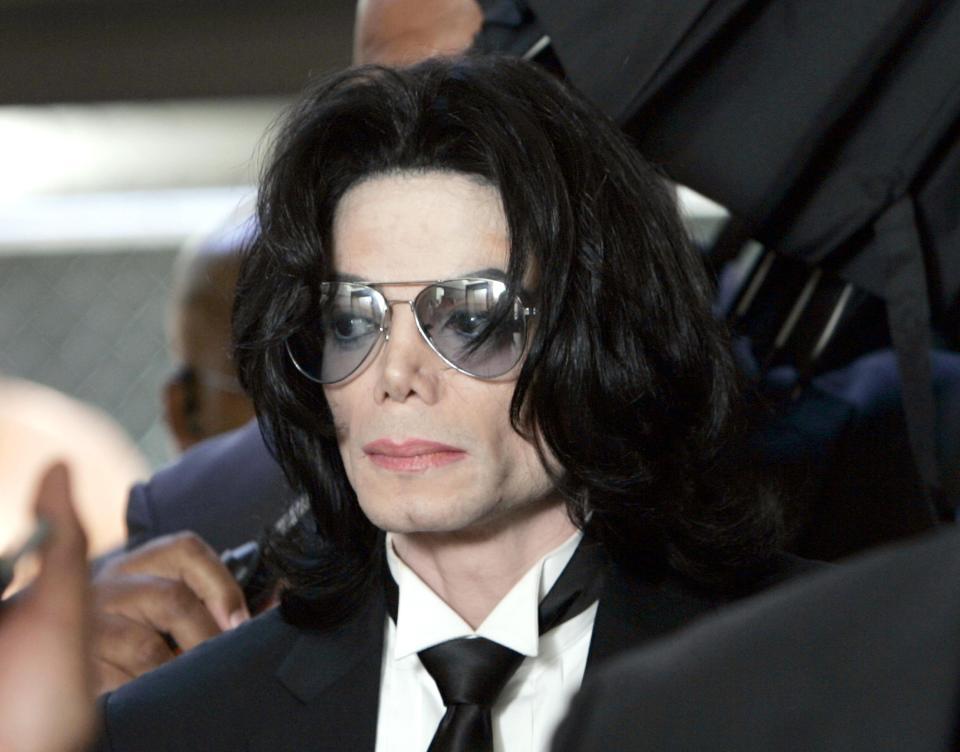 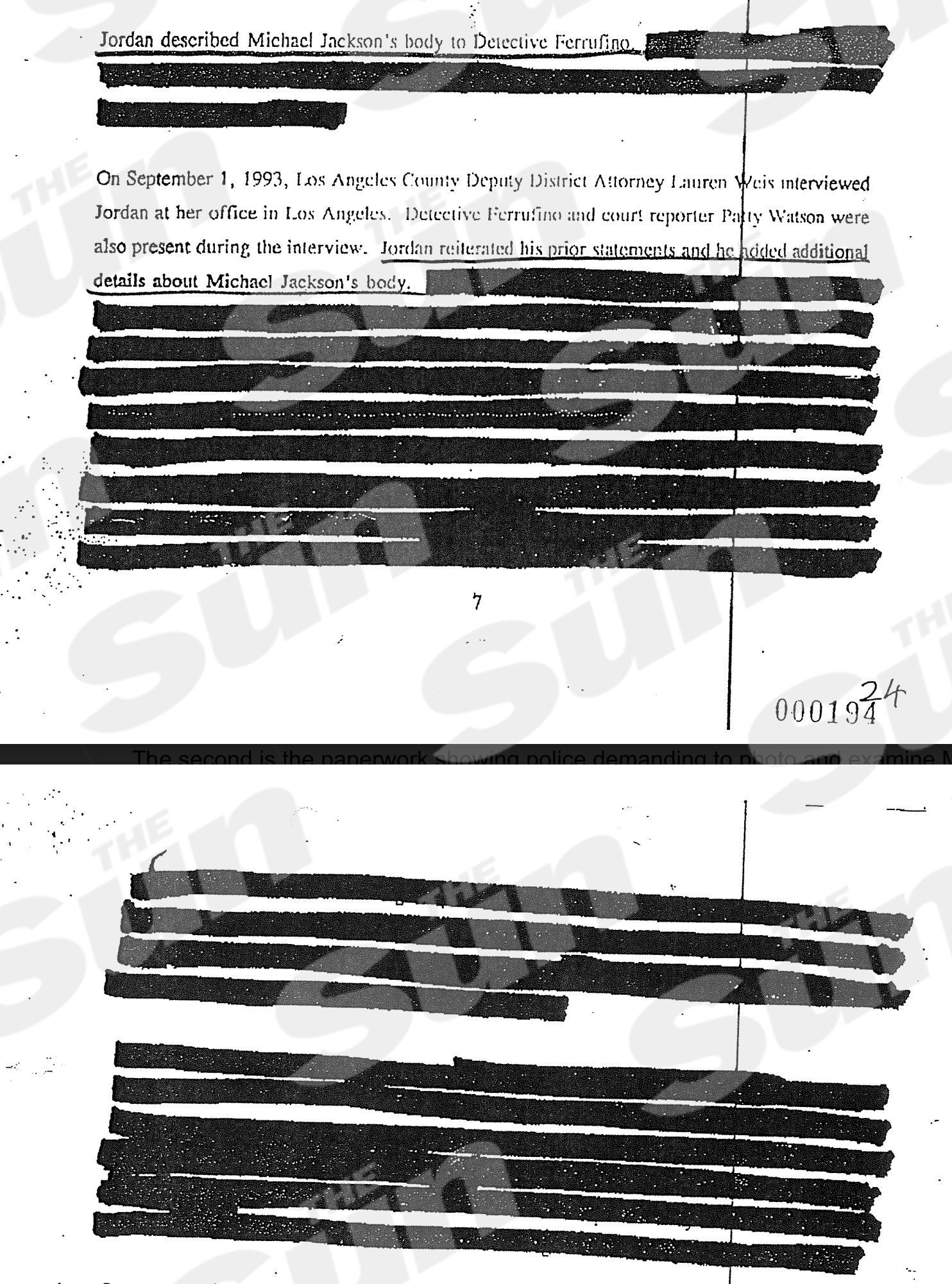 Jackson's former house keeper Blanca Francia also told cops that Jackson once revealed that he "bleaches his skin because he does not like being black and he feels that blacks are not liked as much as people of other races".

Following the extensive medical information, the affidavit states: "This information would tend to corroborate the acts of child molestation described by Jordan."

A search warrant ordered officials to search Jackson's body "including his penis" – saying that the star had "no right to refuse".

The bombshell affidavit was included in a 1995 court case by former Neverland employees, who claimed they had been "harassed, assaulted and even threatened with death to keep them quiet" over "Michael Jackson's molestation of young boys".

These latest court documents have resurfaced as a documentary exploring the allegations against him aired at the Sundance Film Festival.