When umpires examined Musgrove’s ear, they cleared him of any wrongdoing. Still, Mets fans found the ear suspiciously sweaty and voiced theories that a foreign substance was on his ear.

Earlier this year, the MLB updated its guidance on foreign substances, which states umpires will inspect pitchers’ gloves, hats and belts for sticky substances that could be transferred to the ball as a way to cheat. They will also examine their fingers and hands at random points throughout the game. 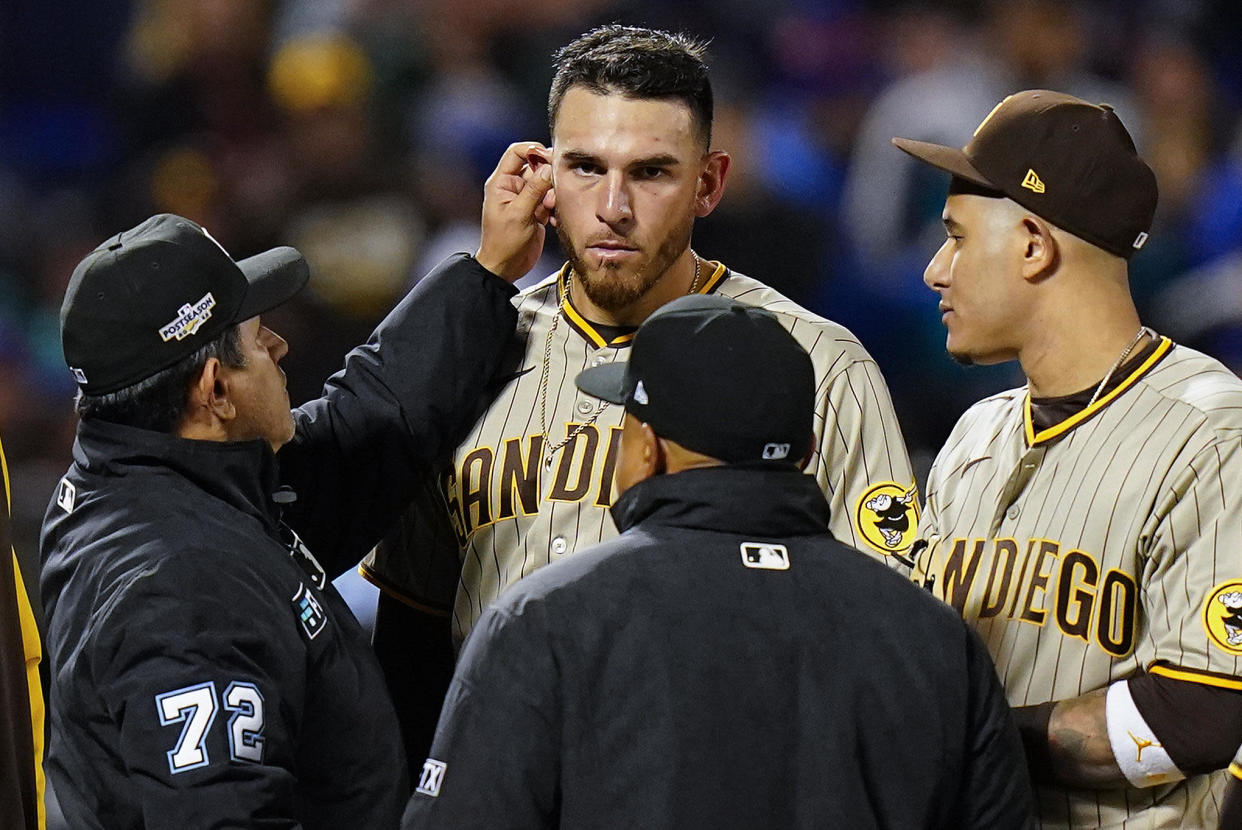 “Any pitcher who possesses or applies foreign substances will be subject to immediate ejection from the game and suspended automatically in accordance with the rules. If a player other than the pitcher is found to have applied a foreign substance to the ball, both the position player and pitcher will be ejected,” the MLB says.

MLB reporter AJ Cassavell tweeted in defense of Musgrove, saying he “is generally a sweaty dude when he pitches.”

“Umps checked him out. Specifically, they checked the sweat on his ear. They’re satisfied with what they saw, evidently. No sticky stuff. The game goes on,” he wrote.

The Mets’ season ended with the Padres’ 6-0 win in the wildcard game. Musgrove allowed only one hit and one walk in seven innings, according to CBS Sports.

Mets announcer Gary Cohen said Showalter is “completely within his rights to ask the umpires to check a pitcher for foreign substances,” but “considering the circumstances, 4-0, sixth inning, season on the line, it smacked of desperation and was fairly embarrassing.” The live commentary was met with boos from Mets fans at the stadium.

“Pitchers use it as mechanism to stay locked in during games. It burns like crazy and IDK why some guys thinks it helps them but in no way is it ‘sticky.’ Buck is smart tho. Could be trying to just throw him off,” he tweeted.

Still, images of the shiny ear circulated on social media, with many still skeptical. “They just checked Joe Musgrove and found nothing. I’m shocked. No one’s ear sweats that much,” tweeted Jordan Moore, who covers social media and sports at The Atlantic.