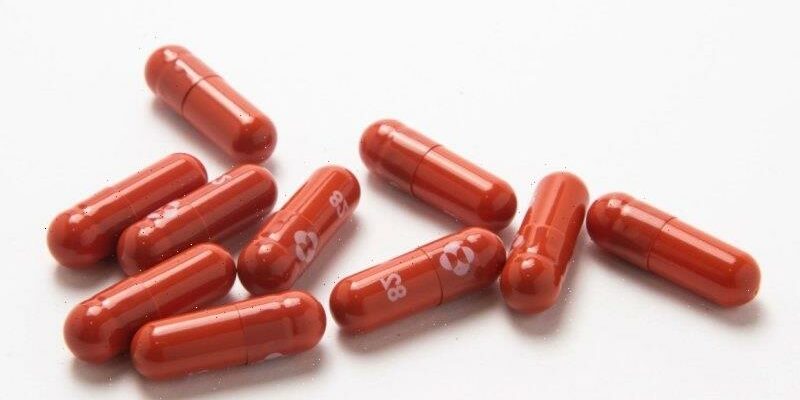 Washington: Government health advisers on Wednesday AEDT weighed the benefits and risks of a closely watched drug from Merck that could soon become the first US-authorised pill for patients to take at home to treat COVID-19.

The Food and Drug Administration asked its outside experts whether the agency should authorise the pill, weighing new information that it is less effective than first reported and may cause birth defects. 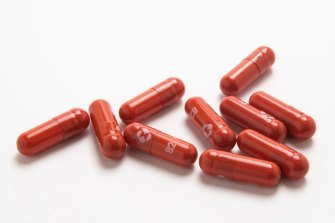 The meeting comes as US infections are rising again and health authorities worldwide size up the threat posed by the new Omicron variant.

If authorised, Merck’s pill would be the first that doctors could prescribe for patients to take on their own to ease symptoms and speed recovery, a major step toward reducing hospital caseloads and deaths. The drug, molnupiravir, is already authorised for emergency use in the UK.

Given the ongoing threat, the FDA is widely expected to approve emergency use of Merck’s pill. But new data released last week painted a less compelling picture than when the company first publicised its early results in October.

Last week, Merck said final study results showed molnupiravir reduced hospitalisation and death by 30 per cent among adults infected with the coronavirus, when compared with adults taking a placebo. That effect was significantly less than the 50 per cent reduction it first announced based on incomplete results.

FDA scientists said on Tuesday the reasons for the difference were unclear, but appeared to be due to higher-than-expected hospitalisations among patients taking the drug during the second half of the study. Molnupiravir’s effectiveness is a key consideration as panel members weigh whether to recommend the drug and for whom.

Another question is whether pregnant women or women of child-bearing age should avoid the drug.

FDA scientists said that company studies in rats showed the drug caused toxicity and birth defects in the skeleton, eyes and kidneys. Taken together, FDA staffers concluded the data “suggest that molnupiravir may cause foetal harm when administered to pregnant individuals”.

Regulators said they are considering barring molnupiravir’s use during pregnancy or warning against it but leaving it as an option in rare cases. The FDA also proposed that doctors verify patients are not pregnant before starting treatment and recommend contraceptives to certain patients.

In its own presentations, Merck said it is not recommending the drug be used in women who are pregnant or lactating. But the drugmaker opposed a blanket restriction on prescribing to those patients, arguing there may be certain cases where the drug’s benefit outweighs its risk.

The drug uses a novel approach to fight COVID-19: It inserts tiny errors into the coronavirus’ genetic code to stop it from reproducing. That genetic effect has raised concerns that the drug could spur more virulent strains of the virus. But FDA regulators said on Tuesday that risk is theoretical and seems unlikely.

Merck scientists said they believe their drug will be effective against the new Omicron variant. They said the drug worked against other variants, including the prevailing delta strain.

Panellists are also weighing whether the pills should be offered to patients who have been vaccinated or previously had COVID-19. Merck didn’t study the drug in vaccinated people, but data from a handful of patients with prior infections suggested it had little benefit.

Still, it may be impractical for doctors to screen out those patients. The Merck drug works best when given within five days of first COVID-19 symptoms, underscoring the need for speedy treatment.

Merck tested the drug in adults with mild-to-moderate COVID-19 who were considered higher risk due to health problems like obesity, diabetes or heart disease. That’s the same group that currently receives antibody drugs, which help the immune system fight the virus. The FDA has authorised three antibody drugs for COVID-19 but all have to given by IV or injection at hospitals or clinics.

Merck was the first company to submit its COVID-19 pill to the FDA, but a rival drug from Pfizer is close behind and is also under review.

Pfizer’s drug is part of a decades-old family of antiviral pills known as protease inhibitors, a standard treatment for HIV and hepatitis C. They work differently than Merck’s pill and haven’t been linked to the kind of mutation concerns raised with Merck’s drug.

Pfizer said this week that its drug shouldn’t be affected by the Omicron variant’s mutations.