This is the terrifying moment a driver smashes into a petrol station after losing control of their car on a water-logged road.

CCTV shows the Mercedes spin across the A20 bypass in Swanley, narrowly avoiding another car driving into the BP garage, and crashing into a pump and a parked vehicle. 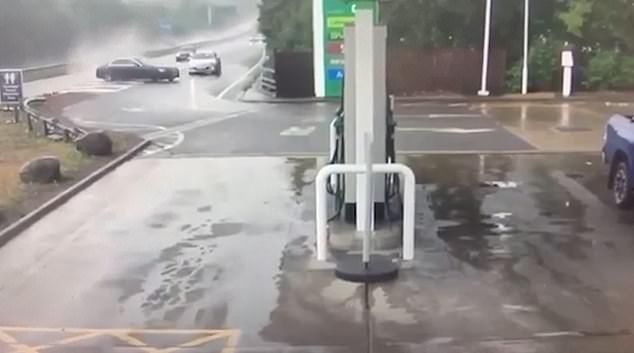 Footage shows a driver seemingly losing control of a black Mercedes on the A20 bypass in Swanley, before spinning off the rain-soaked road 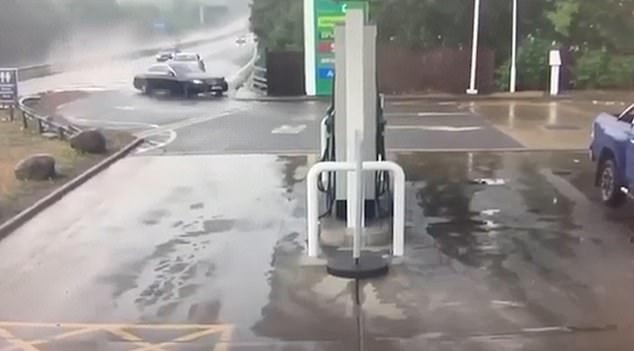 The Mercedes narrowly missed another vehicle, which was indicating to turn into the BP petrol station, and spun at speed towards the forecourt

As the Mercedes smashes into the pump it sends advertising boards flying across the forecourt.

The vehicle also crashes at speed into a blue car, which is parked next to the petrol station, before coming to a halt at an angle.

Other cars, which were following the Mercedes on the road, are seen turning into the station after the crash. 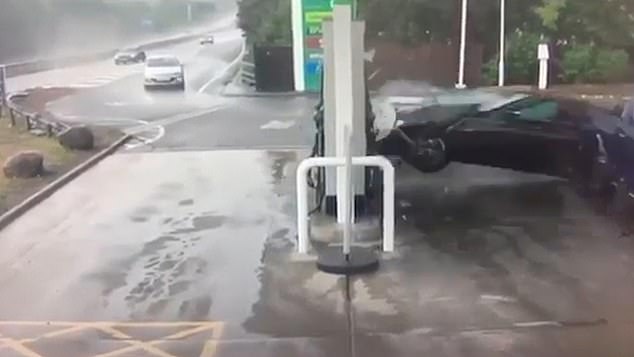 The car crashes into a petrol pump and a car parked outside the station side on, before coming to a halt at an angle 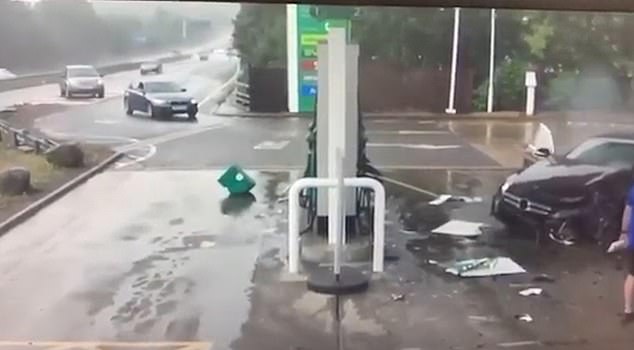 In the video, the driver gets out of the vehicle following the crash and is seemingly unharmed after the shocking incident

The driver is seen getting out of the car and is seemingly unharmed after the incident.

The video was posted on Facebook by Nick Medhurst, where it was then shared by shocked social media users more than 2,000 times.

It is not known what caused the incident, but one social media commented that it looked like the car ‘aquaplaned’, where layer of water builds up between a vehicle’s tyres and the surface of the road beneath causing a lack of traction.