Medics performed an emergency caesarean section on a 48-year-old woman dying after a car crash, only to find she was not pregnant.

Adele Barbour died of cardiac arrest at Lincoln County Hospital on January 17 last year after she was hauled from a car wreckage on the A46 in Nettleham, Lincolnshire.

Ms Barbour had been struck when she pulled in front of a Toyota Yaris while trying to turn right onto Wash Dyke Lane, an inquest at Lincoln Cathedral Centre heard.

The emergency C-section was carried out when paramedics noticed her stomach was protruding and thought she could be pregnant. 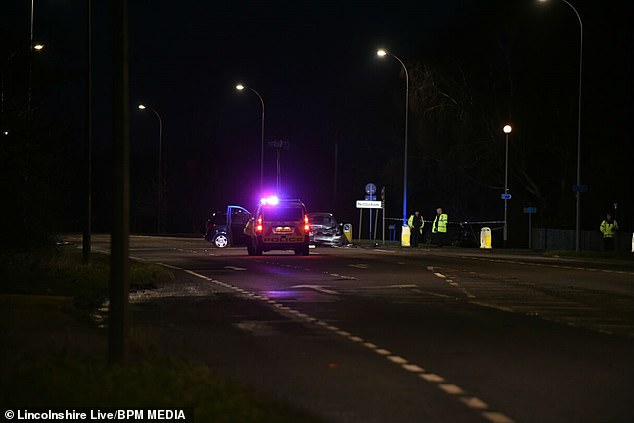 Police at the scene of a fatal car crash on the A46 in Nettleham, Lincolnshire on January 17, 2018 after Ms Barbour pulled in front of a Toyota Yaris

Ms Barbour had major surgery for spina bifida in 1975 and had also been diagnosed with chronic leukaemia in 2016, the inquest heard

PC Mark Brown, of Lincolnshire Police, said in his evidence: ‘Adele Barbour has failed to give way at the junction. She has pulled into the path of a Toyota Yaris across in the south-west-bound lane.

‘For an unknown reason she has not seen the oncoming Toyota Yaris.

‘Adele Barbour was driving her black Vauxhall Meriva on the A46 Lincoln Road at Nettleham.

‘She had started to turn right and has failed to give way and driven into the path of an oncoming Yaris.

‘The other driver was confronted by a car in her carriageway and had no way to avoid it.

‘There is no evidence that her (the other driver) driving caused the collision.’

A post-mortem investigation gave the medical cause of death as a laceration of the aorta.

An investigation was launched by the East Midlands Ambulance Service (EMAS).

Witness Nicola Ware, an off-duty paramedic who works at EMAS, was driving to her shift and was one of the first people on scene of the collision.

When Ms Ware arrived, she said Ms Barbour was sitting conscious in her car and complaining of back pain.

Ms Ware said: ‘I went towards the car that Adele was in. I asked her name and said that I was an off-duty paramedic on my way to work.

‘She did not mention if she was pregnant. She had a large puffa jacket on so I had no reason to believe that she was. 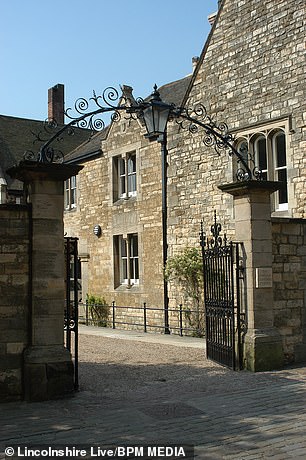 The two day inquest is being heard at Lincoln Cathedral Centre

‘I proceeded to the other car and I phoned the control room to explain that I would be late and I was told it would be a while before getting a crew on the scene.

‘Another lady at the scene then shouted me back across to Adele as she thought she was fitting.

‘She was unconscious but she had a pulse and she was breathing.

‘The fire service arrived and I asked them to help me to get her out of the car and she went into cardiac arrest.’

Other paramedics from the private medical group, Elite EMS, and Lincolnshire Integrated Voluntary Emergency Service (LIVES) also arrived at the scene to help.

Staff who arrived at the scene raised concerns that Ms Barbour may have been pregnant due to a protruding stomach so precautionary measures were made while giving her CPR.

The inquest also heard evidence from James Bidwell from Elite EMS and Chris Cole, a paramedic at LIVES.

A GP’s report read out at the inquest revealed Ms Barbour had undergone major surgery in 1975 for spina bifida and was also diagnosed with chronic leukaemia in 2016.

In all of the live evidence given, it was heard that the decision was made to take Ms Barbour to Lincoln County Hospital due to her unstable state and repeat cardiac arrests, unavailability of the air ambulance and the possibility that she may have been pregnant. 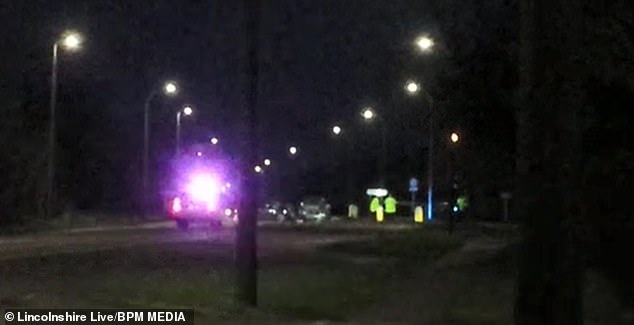 Emma Haskey, a clinical support manager at EMAS, told the inquest: ‘In a pre-alert to the hospital I informed them there was a female patient after a road traffic collision with a query to whether she was eight months pregnant and that I would update them with more information when I could.

‘Later I was updated by the Emergency Operations Centre who told me that a C-section was carried out and the patient was found not to be pregnant.’

Sam Smith, also from EMAS, told the inquest: ‘In my opinion from the evidence I don’t think that the crew could have done any more than they did.

‘I would not recommend a different course of action.’